May 24, 25 and 26, Hidden Agreements with contributions by composer Andrius Arutiunian, artist Marianna Maruyama (DAI, 2014) and Ensemble Modelo62 will be performed at the Stedelijk Museum Amsterdam, Gallery Untitled, Rotterdam and at Tac in Eindhoven. Marianna's The Assistants will be played first in the program, followed by compositions by Sedje Hémon and Andrius Arutiunian. Warmly recommended! 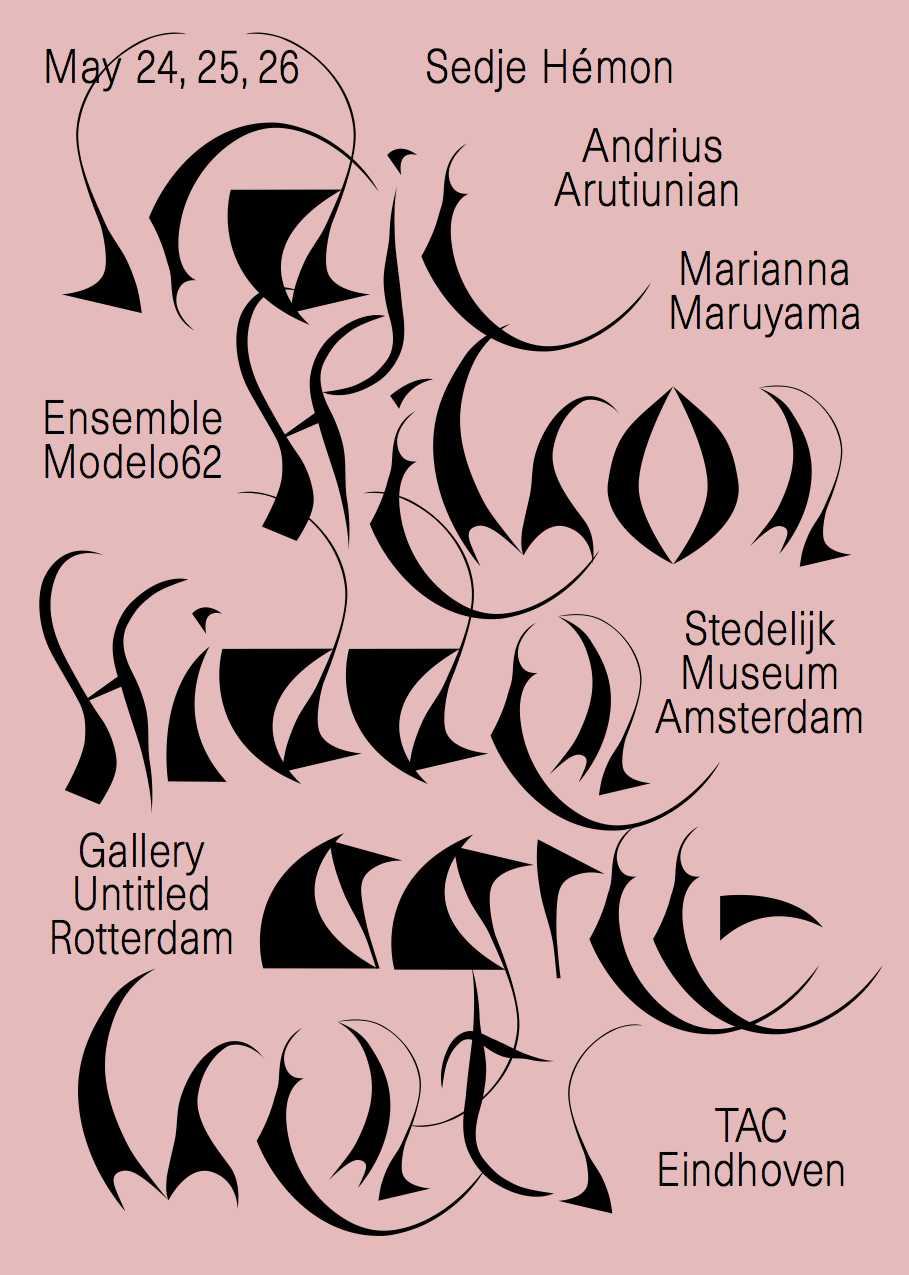 Sedje Hémon: Hidden Agreements is a new program conceived by composer Andrius Arutiunian and artist Marianna Maruyama, and performed by Ensemble Modelo62. It presents the rediscovered work of Dutch composer and artist Sedje Hémon (1923-2011). Hémon, a Shoah survivor who subsequently worked in The Hague for most of her life, developed a unique approach of translating the visual into the sonic. Described as a “method of integration”, this approach resulted in fervent explorations of sound and image in Hémon’s striking compositions.

After many years of quiet waiting, Hémon's work now returns to the public with fresh energy. During Documenta 14, which attracted over a million visitors, Hémon's painting scores were shown in Kassel and Athens. The Stedelijk Museum has around twenty works by Hémon in the collection. The work Pas de Quatre(1964) is currently on show in STEDELIJK BASE.

The Hidden Agreements program consists of two compositions by Sedje Hémon that have not been heard in public for nearly four decades, and two new compositions by Marianna Maruyama and Andrius Arutiunian that take Hémon's multidisciplinary approach to sound and image as their starting point. Translation into movement, repetitive bodies, virtual reality and digital decay – these are the core themes of the new works, relating directly to Hémon's writings and practice.

Through a combination of ambitious and innovative programming and a high level of virtuosity, the Dutch-based Ensemble Modelo62 has earned an outstanding international reputation in experimental contemporary music.

The name Modelo62 was inspired by the playful precision evoked in the novels of Julio Cortázar. It refers to Cortázar’s model in which all members act independently while linked together to form a whole that is greater than the sum of the parts. This dynamic cohesion leads to tight, energetic performances that bring compositions to life, and it has garnered acclaim from critics and audiences alike. The collaborative intention also shows itself in the musicians’ remarkably open approach to experimentation, encouraging the stimulation of new ideas and techniques across a variety of musical styles.

A main goal of Ensemble Modelo62 is to form close collaborations with composers, taking risks to develop new work and talent, and to combine the commissioning of young or upcoming composers with those from more established generations. These commissions form a large part of the ensemble’s growing repertoire. Averaging over a dozen world premieres per year, hundreds of tailor-made premieres have already accumulated over the current lifespan of the ensemble.