Standing in front of the Stonewall Inn in NYC, the legendary bar WHERE PRIDE BEGAN one steamy summer night in 1969: DAI alum (2017) Taka Taka (on the right) , the Mayor of Amsterdam (in the middle) and Jennifer Hopelezz Taka Taka mother (on the left). Taka Taka joins Mrs Femke Halsema as part of the City Collective Amsterdam to celebrate the shared cultural heritage of the two cities. 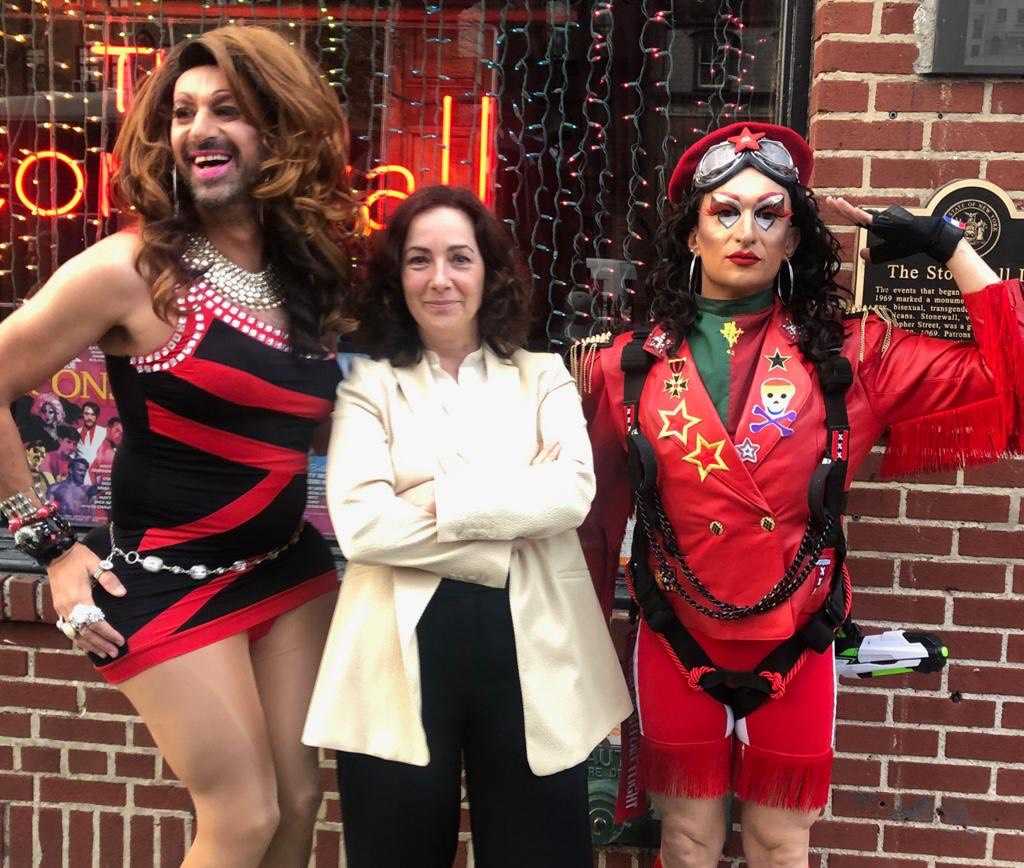 Taka Taka (DAI, 2017) identifies as a professional drag-thing who produces performances for the House of Hopelezz. In Amsterdam, he organizes weekly queer parties and para-educational strategies for the marginal LGBTQA community, including political and gender asylum seekers, friends with the virus, misfits and party monsters.

Femke Halsema is a Dutch politician and filmmaker. On 27 June 2018 she was appointed Mayor of Amsterdam and began serving a six-year term on 12 July 2018. She is the first woman to hold the position. She previously was a member of the House of Representatives for the leftist green party GroenLinks from 1998 to 2011, and served as the party's parliamentary leader from 2002 to 2010.

City Collective Amsterdam is a think tank of directors and founders of creative organisations, that will advise the mayor of Amsterdam on their shared mission to get more affordable creative spaces, more recognition for projects that aim to increase the inclusivity, solidarity and diversity of Amsterdam, and decrease the gap between high and low culture.

The Stonewall riots (also referred to as the Stonewall uprising or the Stonewall rebellion) were a series of spontaneous, violent demonstrations by members of the LGBT community against a police raid that took place in the early morning hours of June 28, 1969, at the Stonewall Inn in the Greenwich Village neighborhood of Manhattan, New York City. They are widely considered to constitute the most important event leading to the gay liberation movement and the modern fight for LGBT rights in the United States. 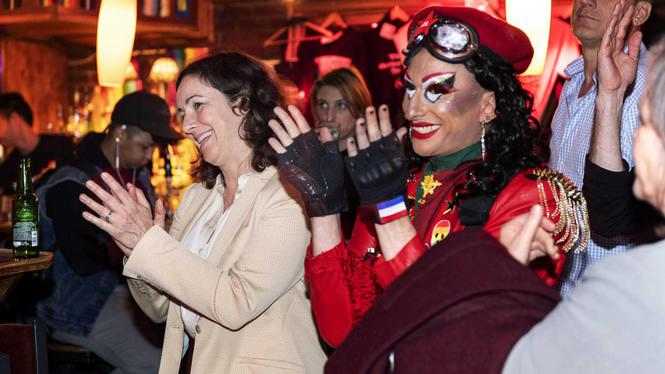 See this article at At5 (in Dutch)

See the article (in Dutch) in Het Parool