Kostas Tzimoulis (DAI, 2011) invites us to "Imagine a Heroic Landscape", a performance by Nova Melancholia, an ephemeral monument for Rosa Luxemburg who was murdered in Berlin 100 years ago. Venue: The EIGHT - critical institute for arts and politics. 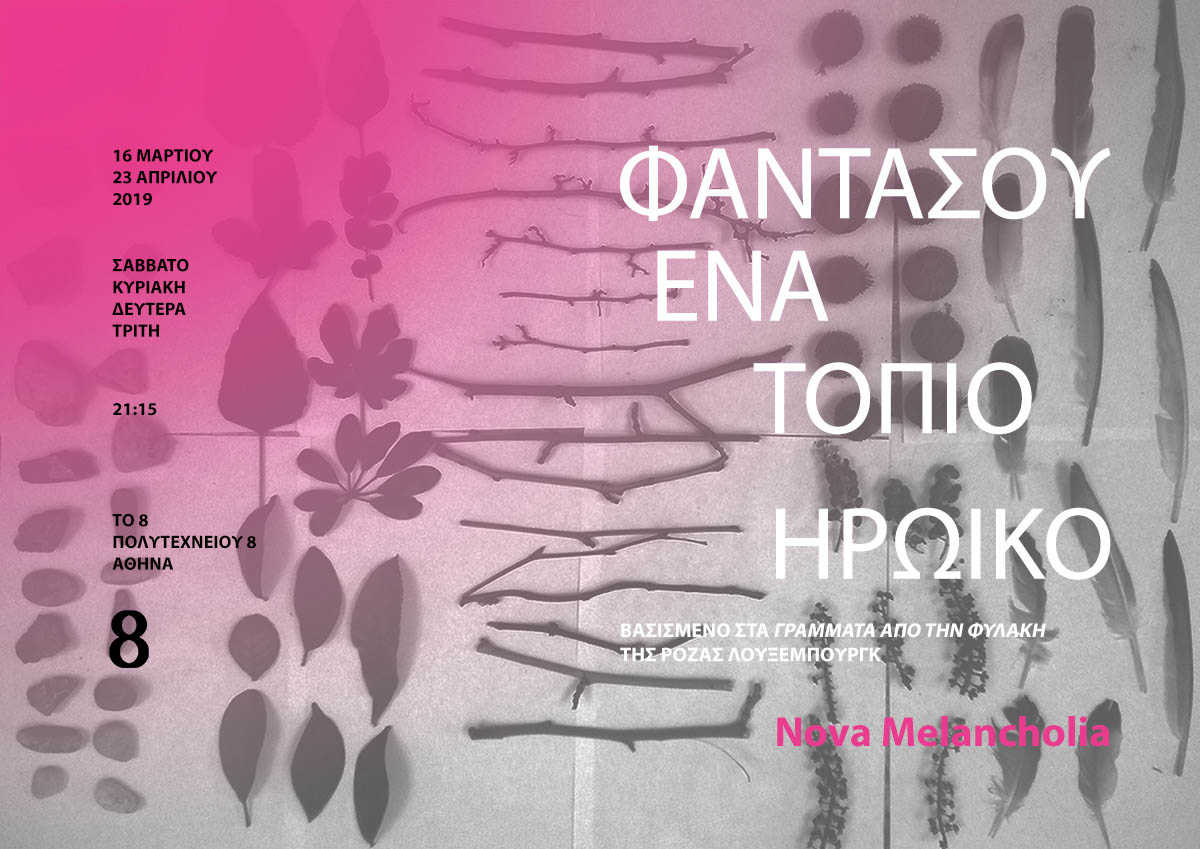 The performance draws its initial inspiration from the letters from the prison sent by Rosa Luxemburg to Sonia Liebknecht between 1917 and 1918. The letters touch us with their pure humanity and the incredible sensitivity they exhibit to everything that lives (bird, insect, plant).

In 2019, 100 years have passed since the assassination of the Marxist revolutionary Rosa Luxemburg from the right-wing Freikorps militias in Berlin in 1919. critical institute for arts and politics is our own tribute to a lost revolution and a personality that still inspires and exemplifies. The title of the performance comes from a phrase that we have isolated from one of these letters.

What is Utopia? What is heroism? How do we fancy a landscape? Rosa seems to find heroism in the humble fight of an overturned beetle with the ants or in a bird’s outburst! How can we deal with the small, seemingly insignificant in heroic terms?  What is worth, for us, fighting for?

In German romanticism, people were searching for the awe of the Sublime in the great natural phenomena (for example, in a storm, in a snow-capped mountain peak). Rosa Luxemburg seems to find heroism in the battle of an upside-down beetle with the ants or in a bird's lyrical outburst! Can I, therefore, deal with the small, seemingly insignificant on terms of heroism?

Let’s create an ephemeral monument, a tribute to Rosa, by using precarious objects and materials just like our bodies and voices!

This production by Nova Melancholia has received funding by the Greek Ministry of Culture.

EIGHT, a critical institute for arts and politics,  is a collective space activated in the centre of Athens that attempts to explore the possibilities of a critical intervention in an ever-changing precarious landscape. Bringing together forms of artistic, political and theoretical production, urban research and social action and building on radical experiments of recent years it seeks to investigate forms of continuity and instituting that challenge neoliberal demands of sustainability.