2018 - 2019 MARCH 20–24: DAI Roaming Academy takes part in the Bauhaus centenary festival School FUNDAMENTAL in Dessau and contributes with the workshop and small publication "We Eat Circles And Drink Squares. Unfolding 1". 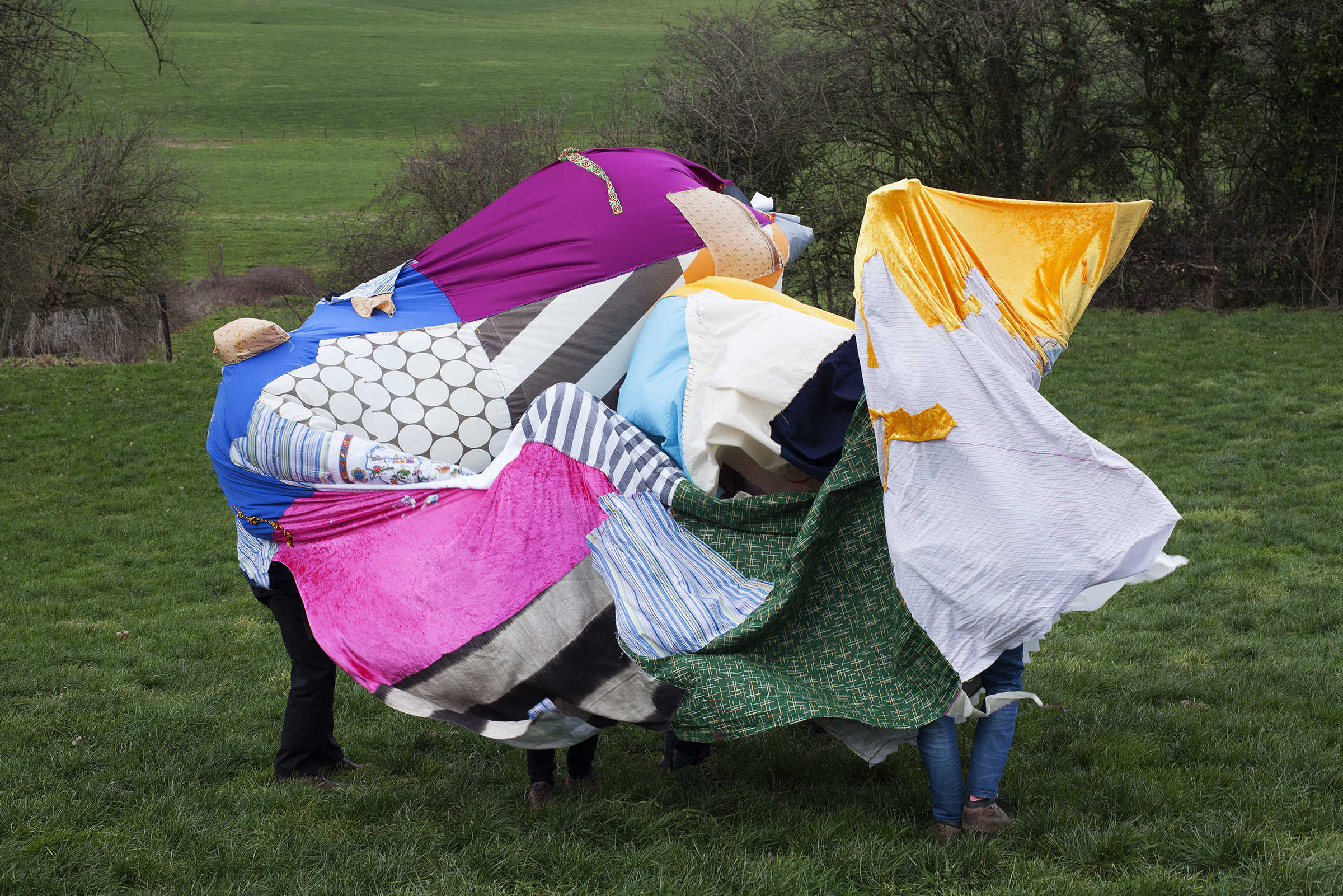 On a derelict, windswept territory of grass and sand near the Chilean port of Valparaiso, a group of itinerant artists and poets founded the Ciudad Abierta (Open City) in the 1960s. It is a commune, a pedagogical experiment and near-practice architectural laboratory in one. Its inhabitants combine living, working and studying. In the festival School Fundamental, this educational experiment will be guest in the “Parliament of Schools”, discussing with 15 international initiatives of alternative design pedagogics what a Bauhaus school could be today.

Historically the Bauhaus was mainly a school. Against the background of the experience of the existential breaks after World War I, its founders fundamentally dealt with issues of the shaping of human existence in modern times. The festival School Fundamental returns to these origins and thinks ahead. The Bauhaus Building, where the Bauhäusler taught and learned, becomes a temporary school, a “testing location” of design learning experiments.

The Bauhaus Building is still a manifest of the Bauhaus pedagogics curriculum. The Bauhaus school is the conviction, built in glass and stone, that schools are the basic units for the shaping of cohabitation in the future, not so much an educational institution, rather a space for experiments by creative people. The historical Bauhaus could work as a school in Dessau for six years only. However, its visible and invisible connections with the modern training of artists and designers have lasted to the present and set precedents all over the world.

At the occassion of the Centenary 2019 the festival School Fundamental will study these connections and search for answers to the following questions: What would a Bauhaus school be today? How would it deal with the shaping of everyday environments of a globalized society? Which experiments would it dare to make, how would it organize learning in the community? And how would it, in the microcosmos of a campus, model new policies of a social design?

In the festival School Fundamental, the historical learning environment will be combined with the worldwide searching movements after an adequate design training for the social, ecological and technological challenges of the present. In the course of the festival programme with studying situations and learning experiments, scientists, specialists in pedagogics, students of design disciplines, curators, cultural scholars and the interested public enter into a dialog with the iconic school building.

Learning Environment Bauhaus takes up three thematic fields of learning reflected in the organization of the Bauhaus Building: The Workshops deal with the pedagogics of the material-oriented learning of crafts and the didactics of objects from the present point-of-view. The Pre-Course Room presents past and present experiments that shatter conventions of traditional teaching. In the Festive Area with Stage and Canteen, the focus is on the project of the “New Human Being”, a priority issue of the Bauhaus.

The Parliament of Schools provides a platform for exchange and the cross-linking of new and alternative models of design pedagogics. Guests are international school experiments, initiatives, learning locations and temporary campuses that test design-pedagogical concepts beyond the hegemonial science and teaching canon. Policies and institutions, formats and spaces of a socially responsible everyday design are discussed and practically experienced in exemplary projects.

The Planetary Campus is an innovative conceptual space (without walls) where DAI Roaming Academy meets with a wide variety of external parties and positions.As an infrastructure and curriculum component Planetary Campus is the container for several activities initiated by the DAI, one of them is The Factory: hands on work sessions with guest practitioners. The art’s room led by Leire Vergara, is the Factory workshop that we choose to connect to School FUNDAMENTAL in Dessau.

We Eat Circles And Drink Squares is a textile piece crafted collectively within the framework of The art’s room in which knowledge has been shared through a constructive process, from formal language degradation to a crafted endeavor, attending to erratic and useless impulses from all its makers (most of them ignorant in the language of stitching). A stitching reduced to minimum expression was learnt from one another as a way of survival. It behaved as an early unconscious strategy to escape from the pressure of functionality and to embrace a more moveable fictionality. A precarious form in the making that, in the context of School FUNDAMENTAL, denotes the spirit emanating from the pedagogical model of DAI Roaming Academy.

The patch-worked piece was initially imagined as an ephemeral scenography, a backdrop for Roaming Assembly #23: Babel/New Babylon. Forms of Education and Architecture that Exile Returns conceived by Pedro G. Romero and Leire Vergara that will take place in the Auditorium of the Bauhaus in Dessau on the 10thof March, 2019.

It returns to the Bauhaus premises for its first unfolding: using it as the space for an improvised classroom, textile artist Teresa Lanceta, artist and DAI’s senior technical facilitator Ricardo Liong-A-Kong, artistic director and educator Gabriëlle Schleijpen, students Anastasia McCammon, Irati Irulegi, Yen Noh, Zoi Moutsokou, Raphael Daibert and tutor and curator Leire Vergara will each share an object or a lived experience within an education process with the other participants in School FUNDAMENTAL: anything left as a capricious residue that grew out from learning through making. 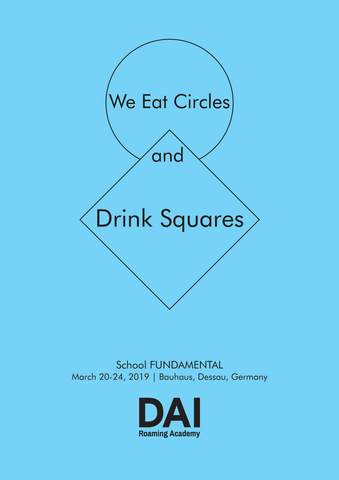 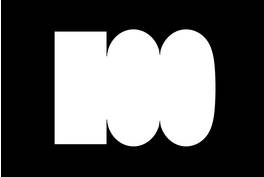 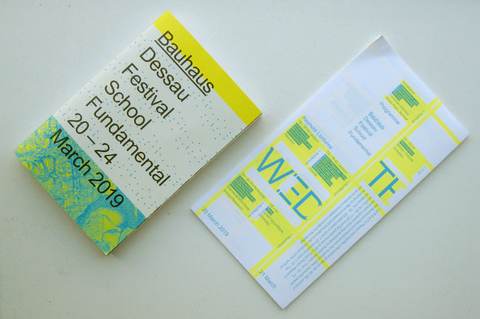 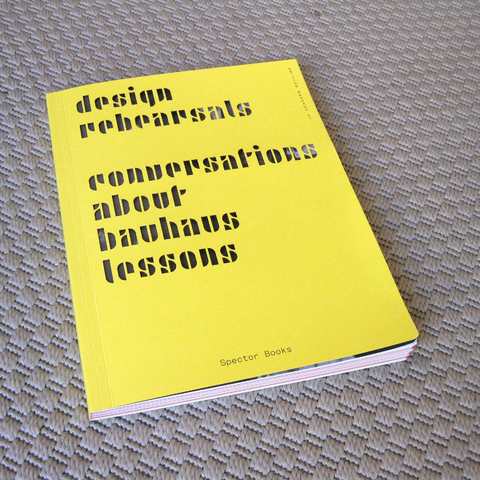