December Chronicle by the Beyond Fictocritisism Factory group

The original workshop’s program was altered due to David’s illness. The workshop participants carried out the planned Reading Group to discuss an excerpt of Barbara Browning’s The Gift.

The three discussion moderators retracted (Risa, Zach, Eric), while the remaining group members were given a specific amount of time to read the text. All three of the discussion moderators met in person to go over questions that would be most suitable for a group analysis of the text, after already having had an email exchange with possible questions in between last the DAI Week in Arnhem and this DAI Week in St. Erme. The group of three came up with the following questions to initiate a discussion:

When entering the classroom, the remaining group members were finished reading the text. The discussion moderators put on the short video Browning had uploaded to a Vimeo page, which is sited with and accompanies the text. Watching this two times, for a complete comprehension, a discussion followed starting from the first question around the video’s ability to form a bond with the text and support and/or complicate the narrative.

The discussion soon led into thinking around authorship, censorship (i.e. editing) and the digital world. The main character’s communication with other characters in the story, consists mainly of text messages, voice notes and email exchanges. They are of a deeply personal level, but are often left unanswered or only answered some days or hours later. The time distance, as well as the “impersonal” modes of communication between Sami and the narrator, left us thinking around Browning’s text to be in some ways a critique of the personal and how the digital revolution has gravely reshaped conversations and relations.

Simultaneously, we discussed the author’s imprint on the text. Is Browning the main character themselves? If so, is it important to the narrative? Are the characters existing persons, or reflections of Browning’s own self? The video depicts a naked body of a woman, her head is outside the frame. The voice is a distorted, low, voice, resembling in that way a male voice—possibly Browning’s voice edited to sound closer to the character Sami’s voice from the voice notes described in the text. The discussion did not lead to a clear answer, but it made us challenge the personal within critical texts and how much academic writing would allow for such narratives. 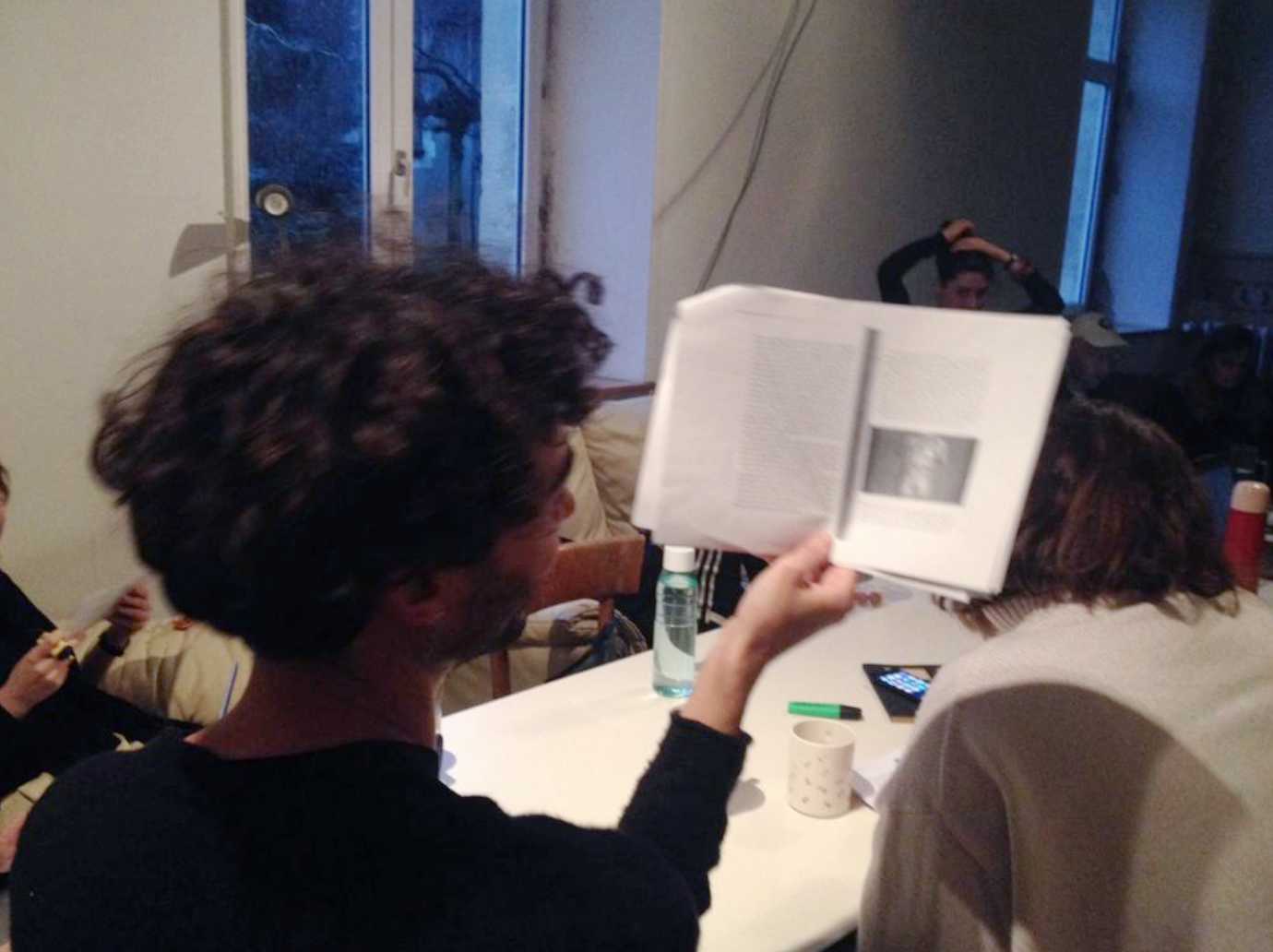 Pressured by dinner time, the discussion was ended at a point where it was still an ongoing one. It was at this point where fictocriticism as a genre was being discussed. The genre, to some of us, seems to be a mere means to capitalize on artist’s writing as a new genre, to give it a value outside of literature, outside of fiction writing. If a critique is not clear, and the story is not so good, what is it? Should it be written in a different way? Why is literature not fictocriticism, if for example some great novels have offered astounding and at times grave political critique? 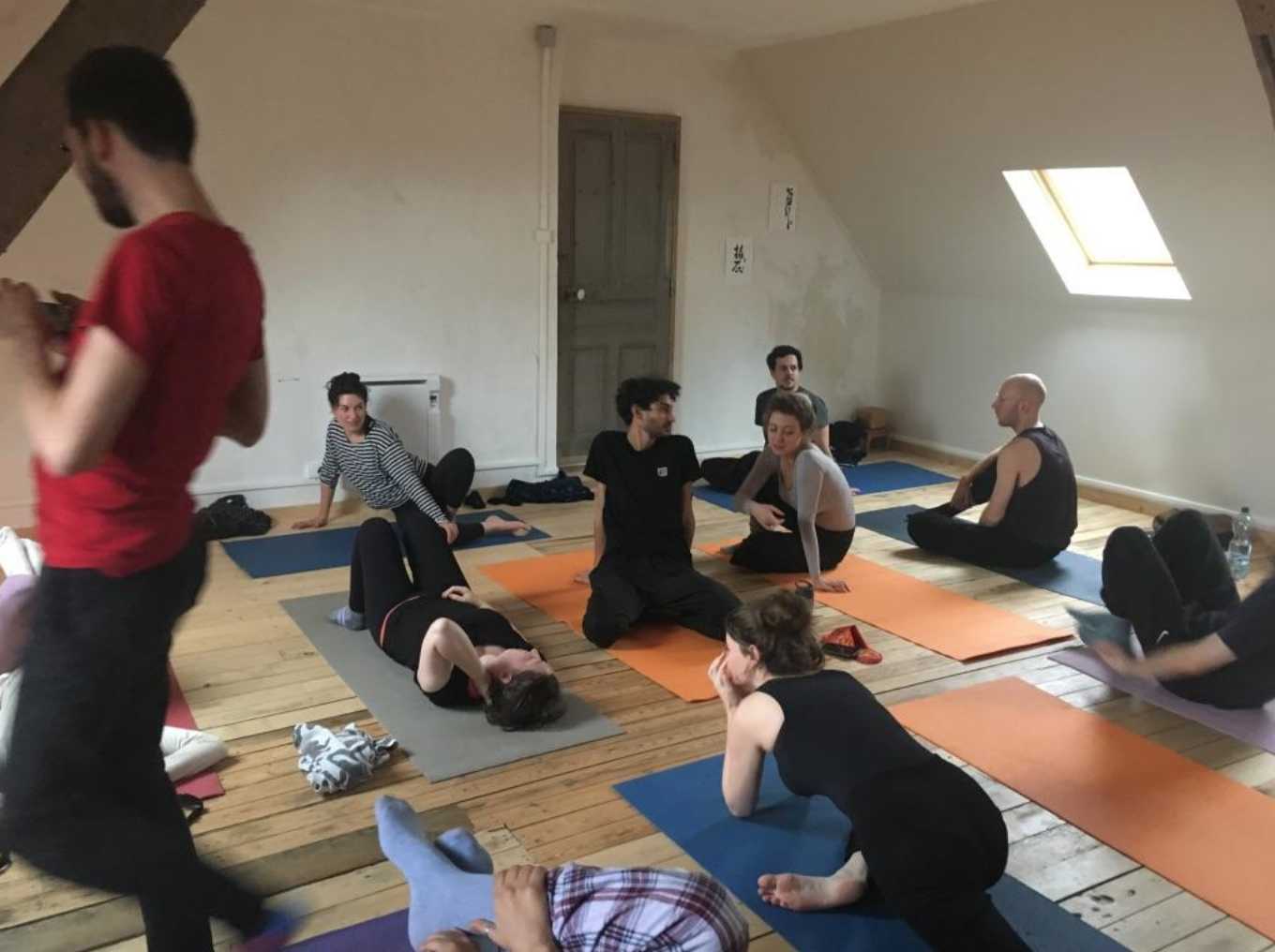 The day started with a yoga session led by one of the students in the group. After an hour or so, there was a short break and we started with presentations of everyone’s practice—with an emphasis on the writing practices. This was meant as a way to not only familiarize, but moreover to possibly reconsider the writing groups as they were established in the first week. There was a general feeling that the groups might not have been fairly established: most of the groups came to exist of people sitting near each other. Should we shuffle, or not?

Each of the students then presented their writing and practice, in 10-minute presentations. There was then another 5 minutes of time reserved for possible comments or questions to each other. 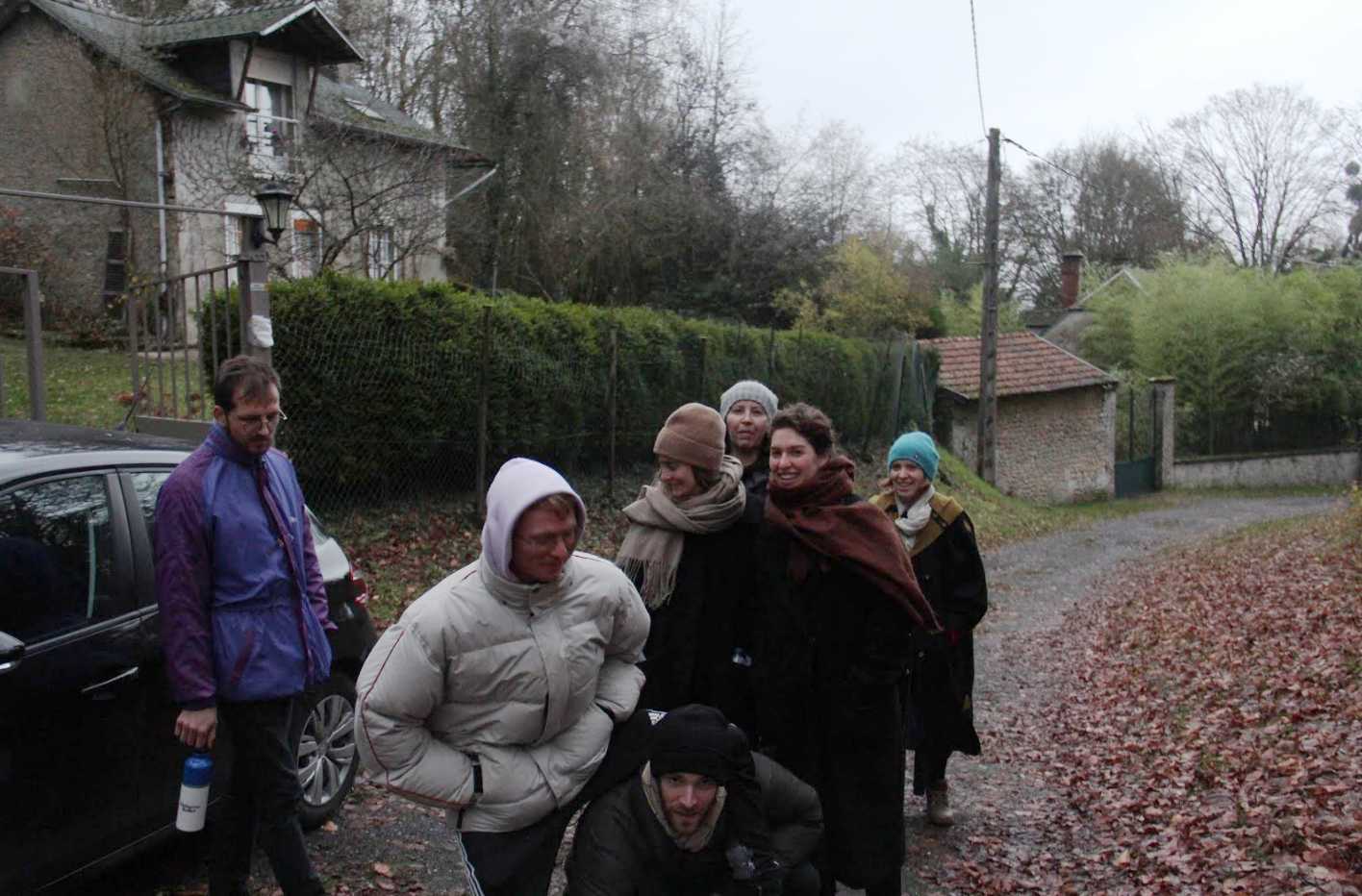 Halfway through the day, a walk around to the village was initiated to freshen our minds. It was at this moment when Ciarán Wood presented his work through a collective sound exercise, whilst reading his own work out aloud.

In regards to the group formatting, a consensus was reached in which everyone felt content with their respective groups and a need for a reshuffling was denounced as unnecessary.