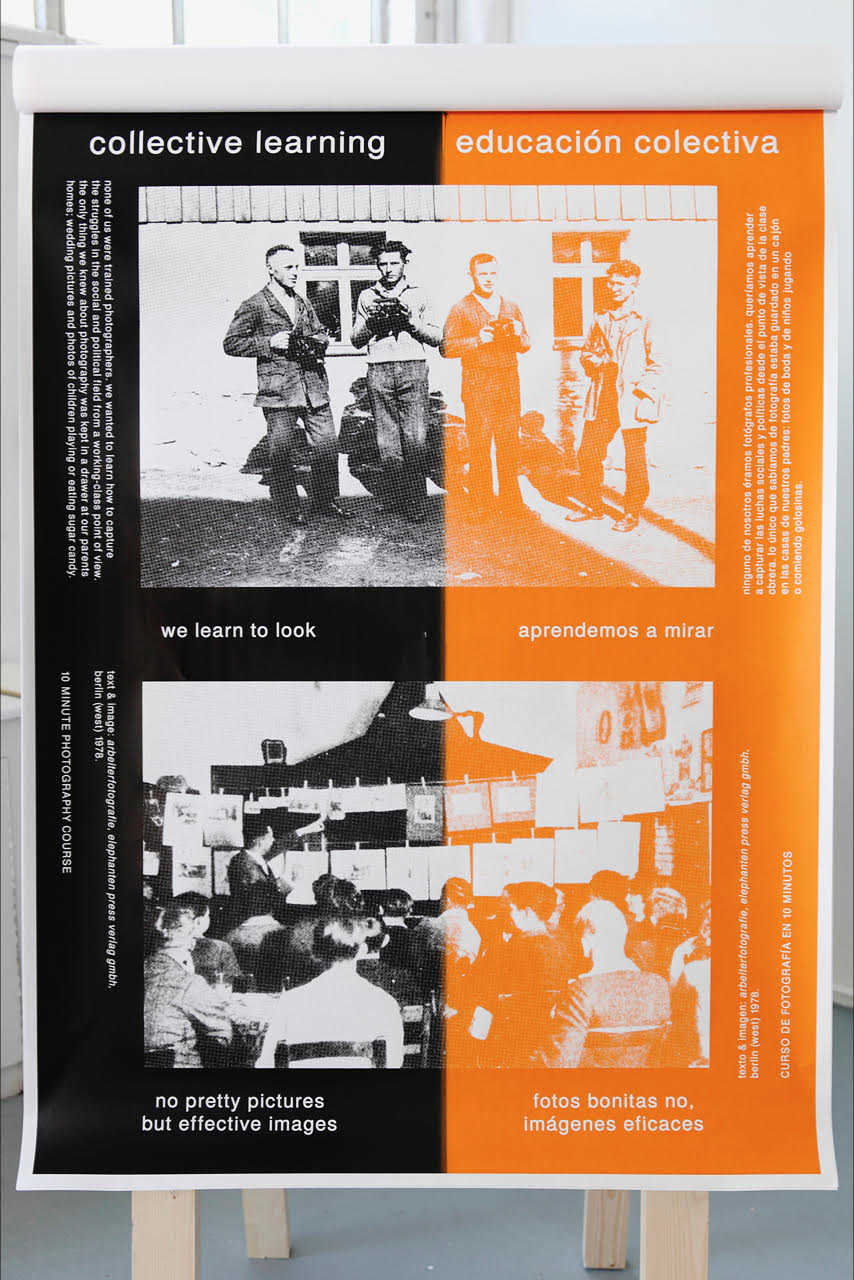 Presentation of the Community Darkroom project by Werker Collective

The presentation of the Community Darkroom project will review the work of the four groups that have participated in Barcelona and will contextualize it with the related projects that have been developed in other parts of the world.

For the past year, Fundació Antoni Tàpies has invited Werker Collective to activate its itinerant school of radical documentary in Barcelona, with the aim to address the process of generating alternative images about work and non-work in the urban context of Barcelona. Werker has developed a series of workshops exploring different methodologies of self-representation and self-publishing with communities that reside in the margins of society.

The Project involves the participation of: Dar Chabab, a day centre for migrant teenagers in vulnerable situations; the Susoespai Association, a creation centre focused on people living with a mental disorder; Baixem al Carrer, an organisation that sets up cultural activities for elderly people with reduced mobility; and La Mesa en Defensa de los Derechos de las Trabajadoras del Hogar de Cuidados composed of Sindillar/Sindihogar, Mujeres Pa’lante, Las Libélulas and Mujeres Migradas y Diversas Collective, a self-organised coalition of four collectives that fight for the rights of migrant domestic workers. At the same time, the project proposes to address the precariousness of cultural work within the Hyperlink. Mediations Laboratory project that is taking place within the Fundació Antoni Tàpies itself.

Werker 10 — Community Darkroom is inspired by the English concept of Community Darkroom: photo clubs that worked as a social space of reflection, where photography, graphic design and image analysis were tools that supported the activities and needs of the locals communities. To date, Werker 10 has been developed in London, Besançon, Tetouan, Móstoles, Havana, Rotterdam, Bologna and Marseille, establishing a transversal space that, from the margins, reflects the labour inside home and care work, as well as unemployment or precarious work, migration and the social isolation of elderly people.

This project has been the winner of Art for change of ”la Caixa” of 2018.