November 16: the announcement of the 2019 Visible Award longlist, shortlist, and the first Visible Public Assembly takes place at Lafayette Anticipations. 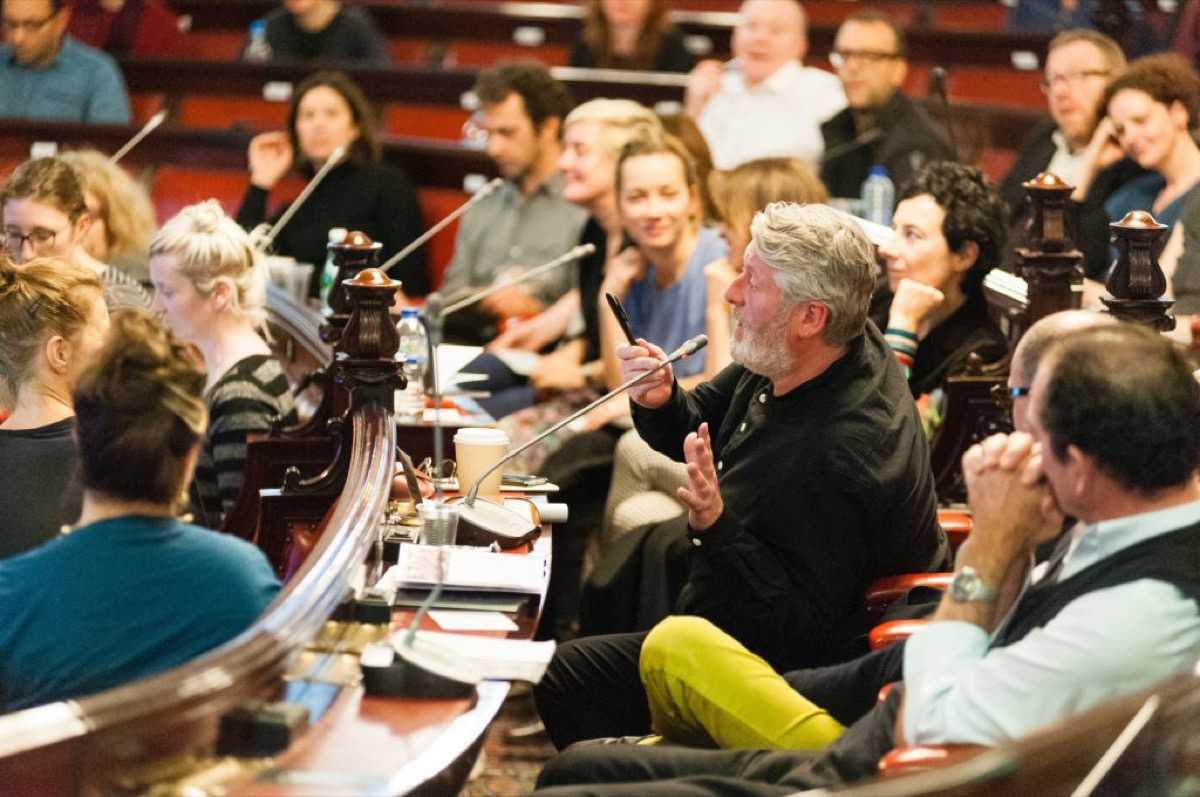 On Friday 16 November 2018, 2-5pm, the Visible selection committee composed of art experts will announce up to 10 shortlisted projects, at Lafayette Anticipations, from a long list of 67 projects (available from today on the Visible website) nominated by an international curatorial advisory board. The announcement will be followed by a public discussion around the development of the 2019 Visible Award temporary parliament. As the last phase of the award, the temporary parliament is an event during which the recipient of the 25,000 euros award is decided after a day-long public debate. The 5th edition of the temporary parliament will take place in Paris in November 2019.

In 2019, the Visible Award returns to Europe, after working with the Queens Museum in New York in 2017. The previous editions took place at Tate Liverpool, Liverpool (2015); Van Abbemuseum, Eindhoven (2013); and Serpentine Galleries, London (2011). Besides the temporary parliament, the year-long collaboration with Lafayette Anticipations will be made up of two residencies with shortlisted projects from 2017, which will be accompanied by a range of public events.

On Friday 16 November 2018, from 2pm to 3pm, Visible, Cittadellarte – Fondazione Pistoletto, Fondazione Zegna and Lafayette Anticipations will announce the shortlist to the press and the public. From 3pm to 5pm, everyone is invited to join a public assembly with Paris-based artists, curators and organisations to discuss the development of the temporary parliament and its constituents for November 2019.

The shortlisting phase follows a process started in June 2018, whereby 34 curators were invited to nominate up to 3 projects each. The curatorial advisory board is composed of esteemed colleagues – both affiliated with institutions and working independently in emerging or established scenes – who, for some, have previously collaborated with Visible. What connects them is a commitment to researching, supporting and offering discursive and productive platforms for innovative projects that are actively engaged within the social sphere. Visible supports an understanding of artistic production as an active agent in contemporary society, with critical and future-oriented aspirations.

Click here to get to know the 2019 Visible Award longlisted projects and join us in Paris for the announcement of the shortlist and to take part in the first Visible Public Assembly.