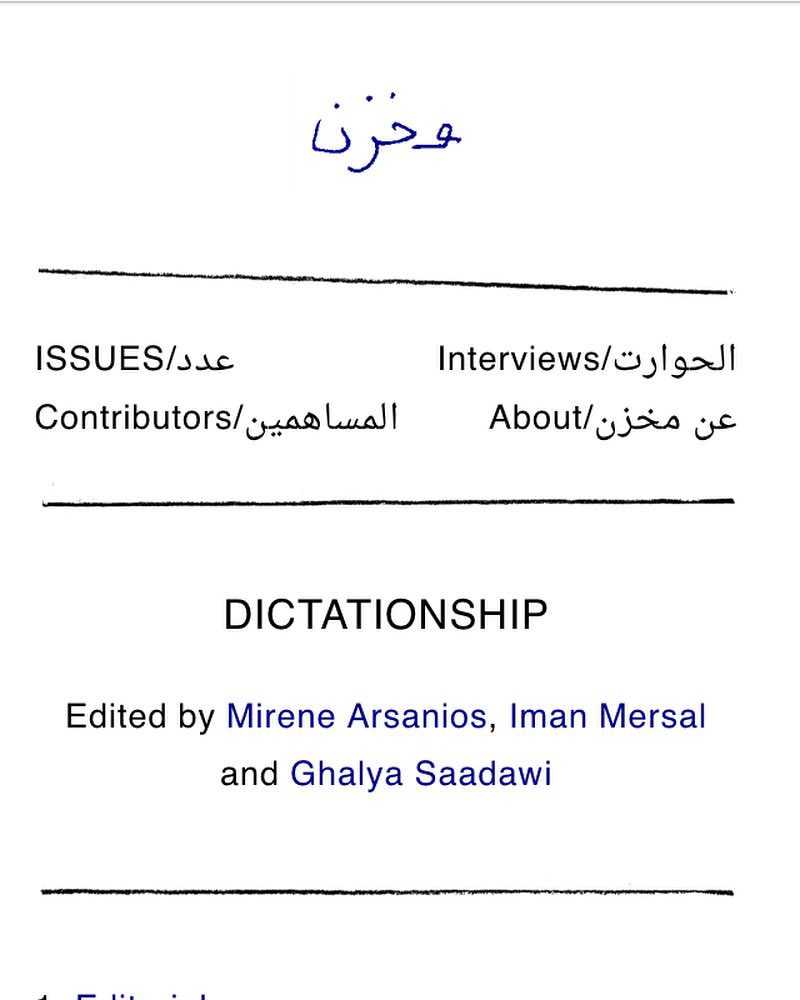 Launched in Beirut in 2014, Makhzin is a bi-lingual (English/Arabic) magazine dedicated to new and cross-genre writing, including prose, poetry, essays, and occasional translations. Makhzin publishes texts based on an annual open call and on commissions. In parallel with each issue, and running throughout the year, Makhzin commissions and publishes long-form interviews between writers, filmmakers, theorists, translators, and others. Yearly issues are also available in print.

Makhzin's third issue, Dictationship, is out with English and Arabic texts by more than 20 authors! All contributions are available on our website: www.makhzin.org.