Marx’s joke about the worker’s freedom-in-the-double-sense, which named the irony of capitalist emancipation, received its most substantial elaboration, extension, and transformation in Saidiya Hartman’s Scenes of Subjection, a landmark study of the deliverance of 19th century black Americans from the hell of chattel slavery into the maw of wage labour and debt peonage. The history of this thwarted transition and the theoretical elaboration of what Hartman has named “the afterlife of slavery” as a condition of the contemporary has occasioned the irruptive rethinking of modernity over the past thirty years as the discipline of Black Studies has moved to take up the “unthought” position of the slave.

At the same time, the 19th century gave rise to another crucial yet no less illusory emancipation– that of the work of art, which, in becoming autonomous, came, too, to resemble to bourgeois subject. With this, the artwork emerged as the privileged and perhaps only non-ideological (because wholly and transparently ideological) position from which to think what Adorno called the “global social subject,” which has not yet emerged and but which remains necessary for any adequate thinking of the relation of history to freedom in light of past and impending catastrophes. This talk seeks after a vantage from which to think this double (and as Nahum Chandler would have it, ‘and thereby never only double’) heritage of embourgeoisement and will take as its object the practices of conceptual artists Cameron Rowland and Ralph Lemon, both working through the afterlife of abolition. 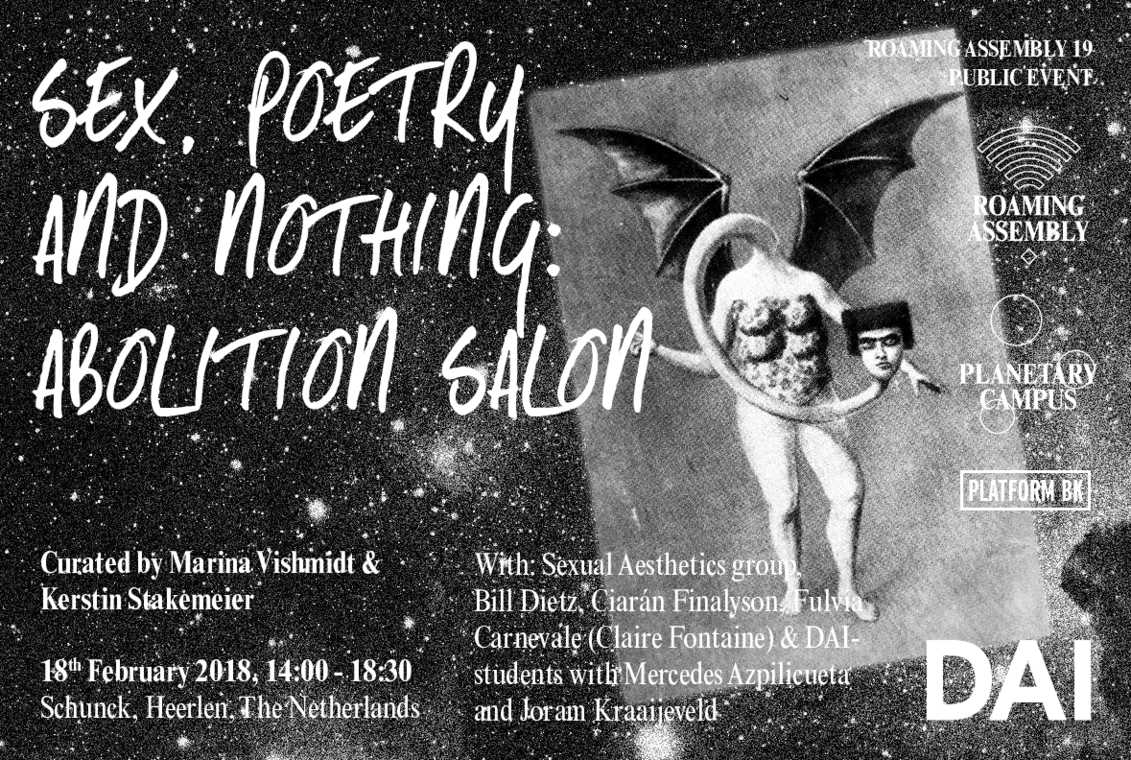