"Where does the world end?" asks the female voice in Harun Farocki's Parallel 2 (2014) while the subjective shot perspective directs the viewer on the continuous flight across a digitized blue matter with geometric islands popping up, and disappearing again. The sequence offers a horizon for our proposition to enter the Navigation Principle through a double dimension of what we might call, following hydro-feminist Astrida Neimanis, 'hydrologics'.

One dimension addresses the data logical condition of digitized matter. It takes us towards an investigation of a computer-generated image that operates through digital liquidity and algorithmic cultures.

A second, parallel dimension takes us towards the ancient art of navigation that is revisited as a mode of inhabiting the contemporary political condition. It opens the prospect of what it means to think with and from 'water'.This is a feminist concern that rethinks received understandings of planetarity and globalization.

How can we think the entanglement of this kind of 'double hydrologics'? What practices of articulation and inter-animation can be invented for the present and future?
How can we politicize that new image-regime which fosters the “industrialization of thought” (Farocki) through action, operation, and embodiment? What happens to the production of knowledge in the navigational landscape of 'double hydrologics'?

How and in what ways does 'navigation' offer a method, a practice, a politics, an aesthetics, an epistemology and an ontology? 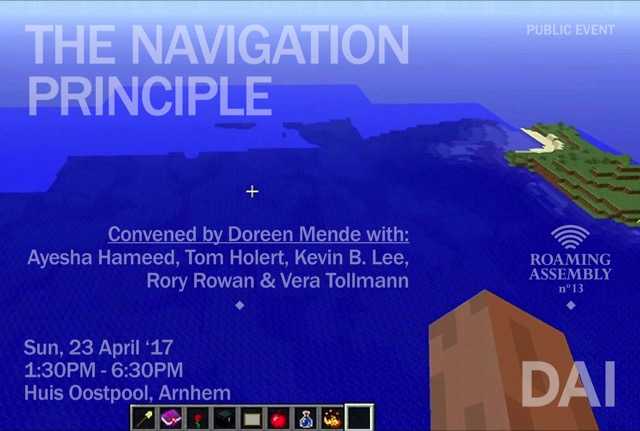