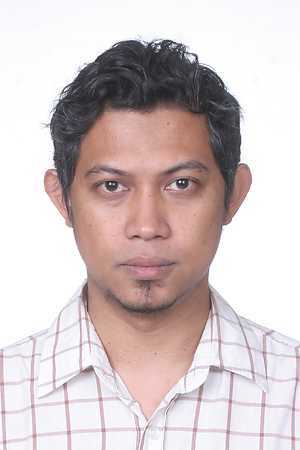 Ade Darmawan (1974) lives and works in Jakarta as an artist, curator and director of ruangrupa*. He studied at Indonesia Art Institute (I.S.I), in Graphic Art Department. A year after his first solo exhibition in 1997 at the Cemeti Contemporary Art Gallery, Yogyakarta (now Cemeti Art House), he moved to Amsterdam for a two years residency at the Rijksakademie Van Beeldende Kunsten. In 2000, with five other artists from Jakarta he founded ruangrupa, an artists' initiative, which focuses in visual arts and its relation with the social cultural context especially in urban environment.

Ade Darmawan's works range from installations, objects, digital print, video and public art. As an artist and curator he has been participated in many art projects and exhibitions in several cities in Indonesia and International. He was involved in a collaboration project Riverscape in-flux (2012), and Media Art Kitchen (2013) with several South East Asia curators and artists. From 2006-2009 he was a member of the Jakarta Arts Council and in 2009 he became the artistic director of the Jakarta Biennale. Since 2013 he is also the executive director of the Jakarta Biennale.

* ruangrupa is an artists’ initiative established in 2000 by a group of artists in Jakarta. It is a nonprofit organization that strives to support the idea of art within the urban and cultural context by involving artists and other disciplines such as social sciences, politics, technology, media, etc, to give critical observation and views towards Indonesian urban contemporary issues. ruangrupa also produce collaborative works in the form of art projects such as exhibition, festival, art lab, workshop, research, as well as book, magazine and online-journal publication.

In the experimentation area, we have Art Lab, an art project program which is designed to conduct research and creative collaborations on the urban and media issues. Art Lab serves as a collaborative space for individual artists as well as interdisciplinary groups from Indonesia and abroad.

To support the contemporary art development, the Promotion and Support Division has opened the RURU Gallery, providing a space to exhibit visual art works by young artists and curators, by holding six exhibitions in a year. The division also holds art and visual culture writing workshop, as well as curatorial workshop; both workshops are held once a year and publish an online publication Jarakpandang.net.

ruangrupa as a collaborative platform or artists collective is a member of the Artscollaboratory network, as such we are involved in many collaborative and exchange projects, and have also participated in several biennials such as Gwangju-Korea, Istanbul-Turkey, Asia Pacific Triennial Brisbane, Singapore and Sao Paulo-Brazil.