13th February ~ Ciarán Wood (DAI, 2019) invites you to 'Three at the Back', an exhibition event with Charlie Fegan, Laure Prouvost and himself. 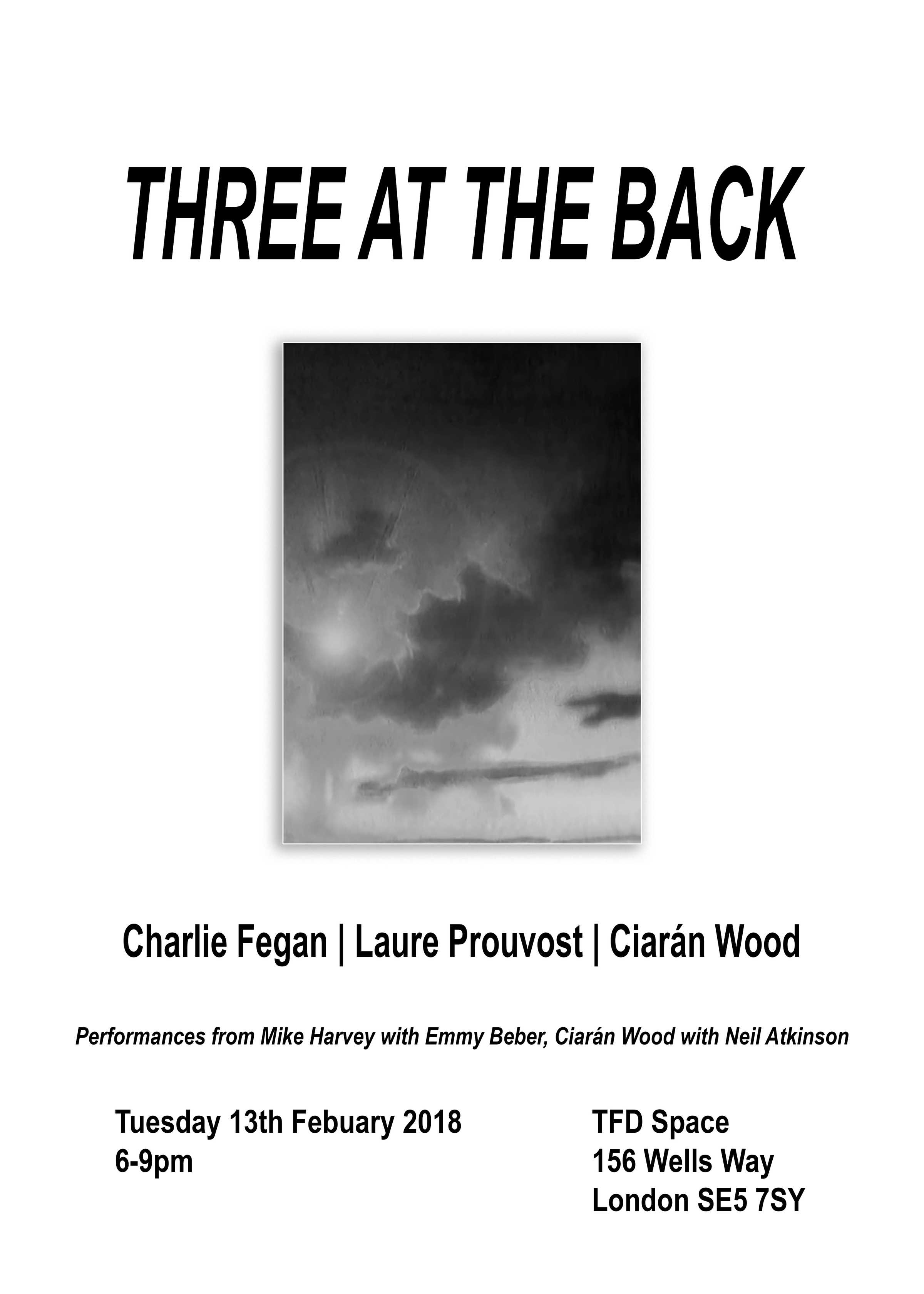