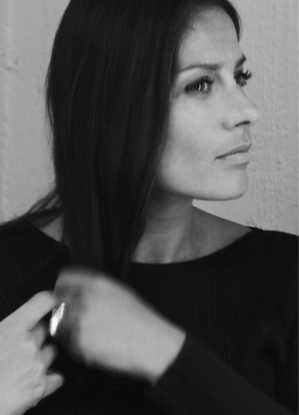 Anna Pangalou is a voice soloist who experiments through the boundaries of classical vocal practices and the new forms created by experimental sound practices.

She has studied classical singing in Cannes, Vienna, Rome and Athens. Prizes and scholarships include the Alexandros Onassis Foundation, the Fulbright Foundation and the International 'Dimitri Mitropoulos' Singing competition as part of the project 'Opera of the World' by Cultural Olympiad 2004.

The use of voice in unconventional ways and the abstraction of meaning in music composition, graphic and text scores, from Dadaism until our days, is the main focus of her work in the past six years.

Her collaborations with artists from different trajectories (dance, fine arts, theatre) aim for the creation of new experimental forms of expression.

She has been a collaborator of the Benaki Museum of Athens since 2010, where she inspires, curates and performs events in the art exhibitions of the museum.

As a Fulbright Artist in 2016 she was Invited Artist in Residence at CalArts, where has performed and taught her teaching method “Silent Singing” in the voice department.

She participated in Documenta 14 (Athens), where she premiered the composition of Alvin Lucier 'So You (Hermes, Orpheus, Eurydice)' in June 2017.

She is currently composing music for the visual work 'Anti-stoli' by Pantelis Makkas, commissioned by Greek State Television. The work will be presented in the Athens Festival 2018. In the composition, elements of voice using extended vocal techniques will compose the sound environment of the installation.

Further future plans include the Open Day 2018 on avant-garde music compositions inspired by the idea of revolution in March at the Onassis Cultural Centre and a solo voice performance with visuals for the Athens State Opera.