December 7,8,9 ~ The Van Abbemuseum invites you to the conference CONCEPTUALISM – INTERSECTIONAL READINGS, INTERNATIONAL FRAMINGS ~ Black Artists and Modernism in Europe after 1968. Convened by a.o. Nick Aikens, one of our core tutors. Student rates and meals are included in the price, so its a crazy good deal ! 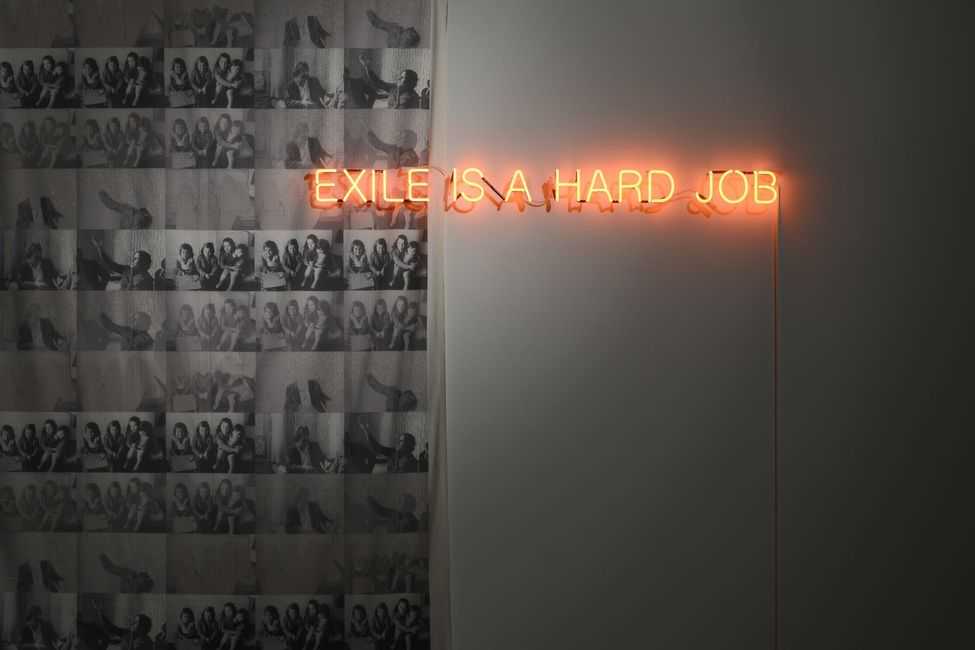 Conceptualism – Intersectional Readings, International Framings seeks to open up new understandings of Conceptualism produced by artists based in Europe after the political and social upheavals of 1968. It adopts Luis Camnitzer, Jane Farver and Rachel Weiss’s definition of Conceptualism as a “wide array of works and practices which, in radically reducing the role of the art object, reimagined the possibilities vis-à-vis the social, political, and economic realities within which it was being made” (1999). Intersectionalism is associated with a feminist approach that has acknowledged differences across ‘universalist’ feminism since its early stages. Developing internationally from the US context, it examines the interrelation of race, class, gender and sexuality, understanding power differentials as co-constituted and co-constitutive (Hill Collins, 1990).  In the UK, feminist art historians have negotiated these situated positions since the mid-1980s, through New Art History, Cultural Studies and Black feminism (Pollock, Robinson, Deepwell, Tawadros). While artists in the UK and US have coalesced in different ways around ‘Black’, the term has operated in Europe in distinct ways. How is it refered, used, negated, activated or constructed through the conceptual work of artists in Europe?

Shifting perspectives on black artists and modernism beyond British and transatlantic frames, the conference’s focus on Europe seeks to highlight the specificities and limits of discourses on "Blackness" and "Conceptualism" between neighbouring contexts. Where conceptual art is all too often situated as resistant to identity politics, the conference objectives are two-fold. Looking particularly at the practices of artists based, or with long-term connections to Europe, we aim to open up debates around intersectional readings of artists’ practices and artworks that shift the interpretative paradigm from the question of how they may be said to represent identity politics, to how they arguably produce identity politics as constituted by the work. Returning to the materiality of particular artworks and their conditions of display, interpretation and consumption, how might we re-read and re-frame these artworks beyond oppositional "either/or" conceptual or sociological contents, from both intersectional and international perspectives? Secondly, given the contingency of art history’s revisions on evermore situated  perspectives, we ask how conceptualism per se might be re-thought and re-visioned through the very practices of artists?

The conference sessions will focus on works in public collections by Stanley Brouwn, David Medalla, Nil Yalter, and Mathieu Kleyebe Abonnenc, with a screening of Abonnenc’s 2012 work, An Italian Film (Africa Addio), a viewing and discussion of the exhibition Rasheed Araeen: A Retrospective, and a performance by Patricia Kaersenhout of her work Stitches of Power. Stitches of Sorrow (2014-ongoing).

Conceptualism - Intersectional Readings, International Framings is a collaboration with Van Abbemuseum, Eindhoven, as part of the three-year AHRC-funded research project Black Artists and Modernism (BAM), led by University of the Arts London (UAL) in partnership with Middlesex University. The conference is supported by the Mondriaan Fund.

Buy your ticket(s) for the conference online.