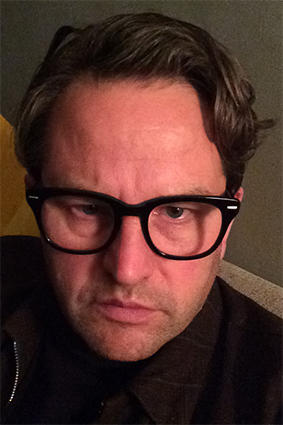 Luke Pendrell is an artist who works both independently and collaboratively across a range of formats, creating, appropriating and collaging texts, images and audio-visual material. Either working outside of mainstream channels or parasitically inhabiting and exploiting established structures of power in order to explore the interstices of art, power, science, philosophy, technology, and the supernatural, contesting notions of Art and Artists as institutionalized, careerist, neo-liberal carrion. He is research & Academic Program Leader in Visual Communication at the School of Art, University of Brighton, UK.

A founder member of the antirom collective, which offered a “radical critique of the poverty of contemporary multimedia in a number of savagely ironic, absurdist and incisive satires.”work has been consistently recognised as influential and pioneering and has been screened and exhibited in institutions and art galleries around the world such as Tate Britain (London), The British Film Institute (London), The Barbican (London), MoMI (NY), The Institute of Contemporary Art (London), MoMA (Sydney), Cal Arts (LA) and Le Salle de Legion d’honneur (Paris).

Recent collaborative projects include ‘Speculative Aesthetics’ co- organised and with James Trafford, the first outcome of which being the edited collection "Speculative Aesthetics” published by Urbanomic 2014. This was developed in collaboration with Adrian Shaw at Tate Britain into ‘Speculative Tate’, extending into a ten month long research residency hosted by Tate Britain, constructed for the consideration of open questions regarding the relation between aesthetics and new forms of realism within