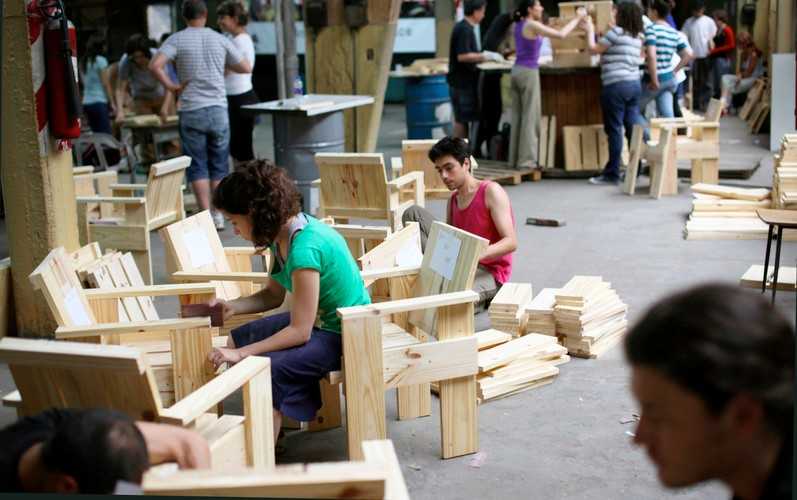 Between the 1960s and 1980s, art made a decisive move from object-based to contextual practice. In the process, a formalist theory of art was swept away by the rise of theory in its many guises. For conceptual artists, the essence of art was no longer formal but philosophical, theoretical; the modernist conception of art as self-critical and self-reflexive was turned against the limited and medium-specific understanding of this project by formalist critics such as Greenberg. A work of art did not have to consist of shapes on a canvas, or indeed of a shaped canvas; it could be a dictionary definition or statement. With institutional critique, the “frames” of art became the subject matter of the piece, with the artist taking cues from sociology, systems theory and critical theory.

The artist now was no longer a maker who could raise Gestalt to the highest degree (to paraphrase Rudolf Arnheim), but someone who used (post)structuralist, critical, feminist, posthumanist or decolonial theory as aesthetic material. This “theoretical turn” also had fundamental consequences for art education. With its How to Do Things With Theory seminars, DAI is a product and producer of post-formalist art training. And yet… True to form, the repressed just-past comes back to haunt the present. Theory itself is hardly devoid of formal elements, and artistic uses of and interventions of theory can be seen as so many productive deformations (Smithson and Kubler, Broodthaers and Barthes, Kelley and Freud, Fraser and Bourdieu, Jonas Staal and Judith Butler, Rana Hamadeh and Fred Moten).

Historically, the notion of form has been part of a number of dialectical pairings. There’s form and matter, or morphe and hyle: the relation between the two has remained contentious. Yve-Alain Bois critiques Aristotelian hylomorphism, “where form is an a priori UFO that lands on raw matter,” and Henri Focillon insisted that “form does not behave as some superior principle modeling a passive mass, for it is plainly observable how matter imposes its own form upon form.” Then there’s the duo of form and content. Hegel noted an “absolute correlation of content and form: viz., their reciprocal conversion or reversal [Umschlagen], so that content is nothing but the conversion of form into content, and form nothing but the conversion of content into form.” Adorno stressed that form is the sedimentation of content; i.e. forms always comes out of certain historical and social conditions; it does not exist in a vacuum of “pure form.” Think of the modern bourgeois novel, or the easel painting, or of specific novels and easel paintings. Critics such as the Russian Formalists of the 1910s and 1920s (who were allied with Russian avant-garde art) focused on ways in which new forms could generate new meanings and modes of perception. Through ostranenie (making- strange), the artwork could break through ingrained mental, cultural and social habits.

Finally, there’s form and structure, with various authors posing a structural(ist) approach to form and meaning to one that is merely “morphological,” with structural formalism being concerned with the differential value of signs instead of their Gestalt. One might say that form pertains more to the outer form as a whole, and structure to an inner ordering—a segmentation and sequencing, in internal differentiation. Bois, who claims the Russian formalists as well as Saussure among his ancestors, notes that a structuralist analysis of Mondrian’s work “examines the semantic function played by various combinations of pictorial elements as Mondrian’s work evolved and seeks to understand how a seemingly rigid formal system engendered diverse significations.” However, what about structures outside the confines of a text of painting? What about social structures, for instance? Going beyond form and structure in visual artworks, novels, films or performances, one could examine social, economic, juridical and technological forms and structures. Could one problem with many historical formalisms be that they were not thorough and encompassing enough in their understanding of form?

With Agamben’s form-of-life informing projects such as Creative Time’s Living as Form, with the issue of self-organization being a pressing one (organize yourselves before others organize you), with classic institutional critique morphing into various types of institutional activism and infrastructural critique, form is back on the agenda in ways that would indeed require the development of a social and political formalism. This would have to be a formalism of time as well as space, a formalism attuned to rhythms, durations and decisive moments. But while we try to shape the social and create structures for living and working together, certain thought-forms and value-forms that structure capitalist subjectivity and exchange continue to pre-, in- and de-form the quest for alternatives.

Form of the seminar

Each time, one or two students will prepare questions and observations about the texts. After an introduction by Sven, these will function as our point of entry into the texts and fuel our discussion. After a break, we may look in more detail into one of the texts.

December: The Life and Movement of Forms

Alfred Sohn-Rethel, Intellectual and Manual Labour: A Critique of Epistemology

Nancy Fraser, “A New Form of Capitalism? A Reply to Boltanski and Esquerre” in

Blog post by “The Funambulist” on Simondon’s critique of the hylomorphic schema:

Alexander R. Galloway and Eugene Thacker, The Exploit: A Theory of Networks

Ekatarina Degot, “The Artist as Director: ‘Artist Organisations International’ and Its Contradictions,” in Afterall no. 40 (Autumn/Winter 2015), pp. 21-27.

Marina Vishmidt, “Beneath the Atelier, the Desert: Critique Institutional and Infrastructural,” in Maria Hlavajova and Tom Holert (eds.), Marion von Osten: Once We Were Artists (Utrecht: (BAK, 2017, pp. 218-237.