September 14 at 18:00: "Where do we stand now? And what comes after the show? Lessons of documenta 14" ~ with Nora Sternfeld, Ayşe Güleç & Xenia Kalpaktsoglou 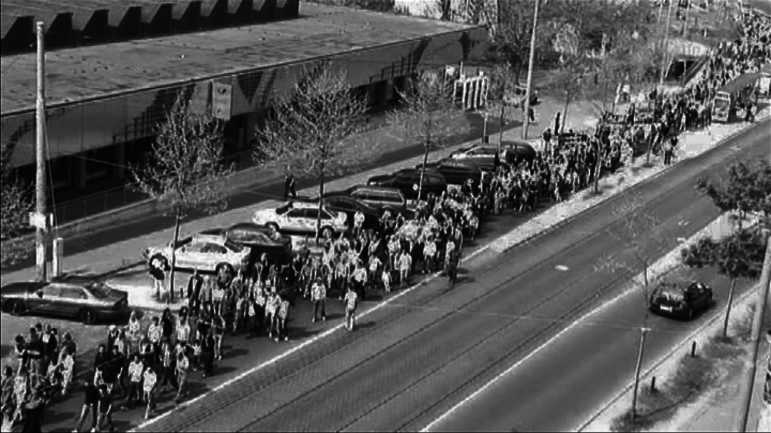 Taking into account the idea of displacement and dislocation of documenta 14, where do we stand then now after 5 months of conflicts and dislocation? And how do we continue after that?
On the occasion of the last week of documenta 14 we take time to think together and raise questions about exhibitions and the world we live in: Where is documenta 14 situating itself between local social and political struggles and disagreeing universalities? And where does it stand in relation to the conflicts within which it is happening? How do we see the relation between Kassel and Athens? How do these questions resonate to curators? How do they resonate to audiences? How to work together? How can we find a modus operandi to reconfigure ourselves?

Part of “Knowledge gathering – Gathering knowledge” – A Cooperation between Kunsthochschule Kassel, Bern University of the Arts, and Aalto University Helsinki in the last week of Documenta 14.

Ayse Güleç
studied social education/social work at the University of Kassel and has been working at the Kulturzentrum Schlachthof e.V. cultural centre since 1998. The focus of her work is migrants and (inter-) cultural communication. She is involved in the development of self-organised initiatives in the areas of gender, migration and anti-racism. Güleç devel- oped the documenta 12 advisory board and consequently became its spokeswoman. She became a member of the Maybe Education Group at dOCUMENTA (13). She is currently responsible for community liaison in the office of the artistic director of documenta 14 in Kassel. Publications include: “Fordern, überfordern, verweigern. Bild- und Raumpolitik(en) in der Migra- tionsgesellschaft,” in Zülfukar Çetin, Savaş Taş,ed.: Gespräche über Rassismus. Perspektiven & Wider- stände, March 2015, pp. 189–216; Kunstvermittlung – Arbeit mit dem Publikum, Öffnung der Institutionen. Formate und Methoden der Kunstvermittlung auf der documenta 12, diaphanes, Berlin, 2009.

Xenia Kalpaktsoglou
is a curator and writer. In 2005, together with Poka-Yio (Polydoros Karyofyllis) and Augustine Zenakos, she founded the Athens Biennale, a non-profit independent orga- nisation, which she co-directed until July 2016 when she stepped down. During this time, she co-curated 2 editions, AB1- Destroy Athens, 2007 and AB3-MON- ODROME, 2011. Her curatorial practice has evolved to focus on two primary functions: that of an initiator of artistic platforms and networks, and that of a facilitator of artists’ projects while her process is heavily rooted in collabora- tions. Currently she is involved in the set- up of LUC (Laboratory for the Urban Commons), an Athens-based research laboratory constituted by local and international researchers, activists, and cultural producers which aims to operate as platform across different solidarity economies, grassroots movements, knowledge and cultural communities.

Nora Sternfeld
is professor for Curating and Mediating Art at the School of Art and Design at Aalto University in Helsinki, designated documenta-Professor at the Kunsthochschule Kassel and and co-director of the Exhibition Theory and Practice Master's program /ecm at the University of Applied Arts in Vienna. She is co-founder of trafo K, an office for art education and critical knowledge production in Vienna, and a member of the freethought collective (Irit Rogoff, Stefano Harney, Adrian Heathfield, Mao Mollona, Louis Moreno), which focuses on research, education and cultural production. Within the latter, Nora Sternfeld was one of the artistic directors of the 2016 Bergen Assembly.