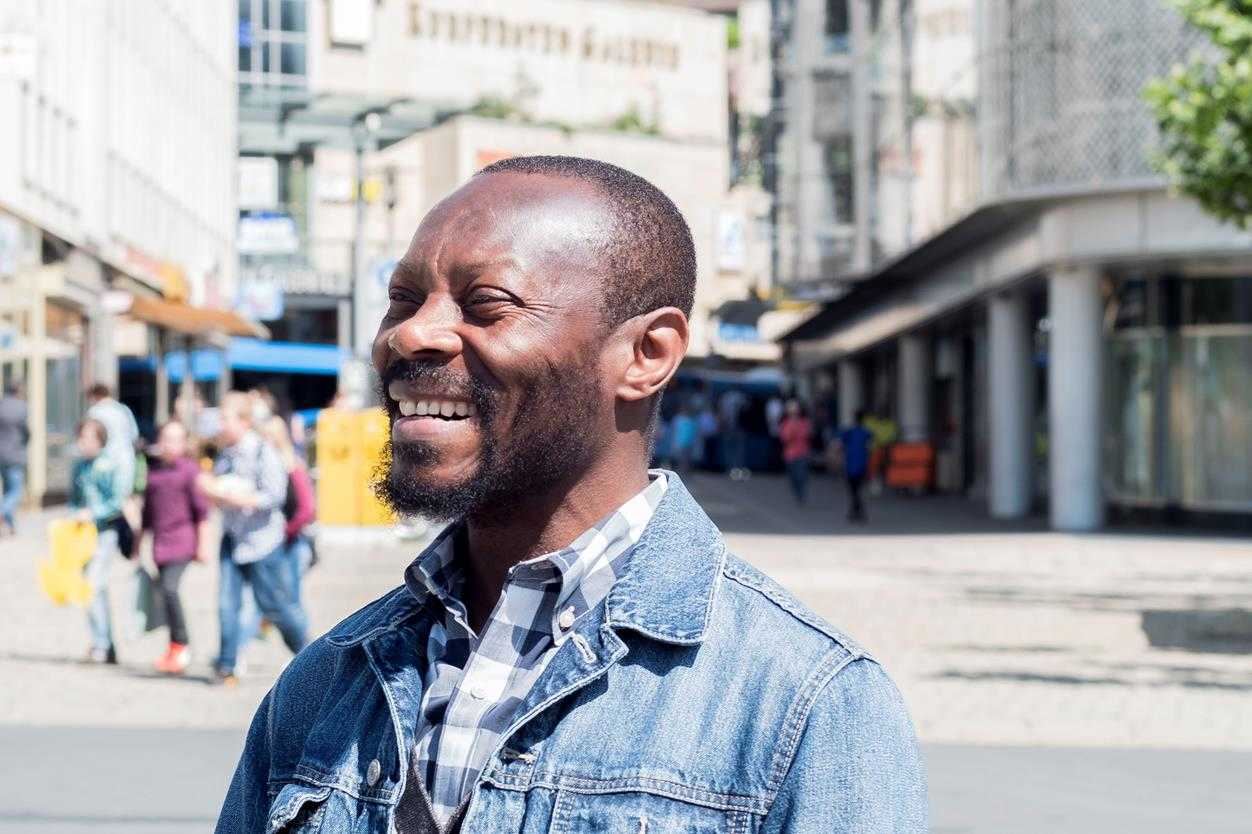 This year’s Arnold Bode Prize from the documenta City of Kassel goes to Olu Oguibe.

Olu Oguibe, born in 1964, is an artist, cultural scientist, and internationally active curator. For almost four decades Olu Oguibe has been working as a conceptual artist and thinker with an interest in wide-ranging themes, including social and formal issues. Although the Igbo system of thought and existential principles play a critical role in Oguibe’s creative endeavors—dictating his approach to conceptualism, abstraction, and the form of the art object—the vital force behind his art is his experiences as a child in Biafra during the Nigerian Civil War in the late 1960s. While Olu Oguibe’s work at documenta 14 in Athens is an archive of the human tragedy of the Nigerian Civil War, his work in Kassel is an affirmation of the timeless, universal principles of attention and care towards all those affected by flight and persecution. “I was a stranger and you took me in,” is written in German, English, Arabic, and Turkish on the four sides of the sixteen-meter high monument currently situated in Kassel’s Königsplatz.The artistAfter studying at the University of Nigeria and receiving his doctorate in London, he taught at Goldsmiths, University of London, and the University of Illinois in Chicago, and at the University of South Florida, where he held the Stuart Golding Endowed Chair in African Art. He gave up his professorship for Painting and African-American Studies at the University of Connecticut some time ago to fully dedicate himself to his own artistic practice. Oguibe’s work has been shown at institutions including the Whitney Museum in New York, the Whitechapel Gallery and the Barbican Centre in London, as well as in the Migros Museum in Zurich. He took part in the Venice Biennale in 2007—the first year in which Africa was first represented with a pavilion. His work has been exhibited in museums and galleries around the world and at biennials and triennials in Venice, Havana, Busan, and Johannesburg. He has also created permanent installations in Germany, Japan, and Korea, and his works are included in numerous collections. Oguibe has curated exhibitions for various locations, including the Tate Modern in London and the Venice Biennale’s Aperto. His writing on art, literature, and theory has appeared in a long list of books, journals, and magazines. In 2013, Oguibe received the Connecticut Governor’s Arts Award for his work. He lives and works in the small town of Rockville, Connecticut.Prize CeremonyThe Arnold Bode Prize ceremony takes place on Sunday, September 10, 2017, at Kassel’s Town Hall. The prize money is provided by Kasseler Sparkasse.BackgroundThe current board of trustees of the Arnold Bode Prize are: Prof. Heiner Georgsdorf (Chairman), E. R. Nele, née Bode, Prof. Julia Voss, Ingo Buchholz, and the Artistic Director of documenta 14, Adam Szymczyk.

Further information on the Arnold Bode Prize can be found at: http://stadt-kassel.de/stadtinfo/jubilaeum/infos/06421/index.html.