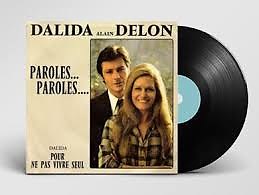 "Studio Palaver brings Palaverists and Paleverers into a Palavering environment for a whole array of Palaver. Palavering has been made key in the practice of both Palaverers and Palaverists alike and with this in mind Studio Palaver aims to tend to all the various needs and desires for Palavering, with the hope of encouraging fresh approaches and new ideas for future Palaver makers. It is the aim of Studio Palaver to initiate Palavertors to take control of the hour; of its content; of what Palaver should be Palavered during the Palaver hours, including the location for such Palaver. The intention is to grant and allow space for the development of a ‘questionable’ Palaver practice. Palaver in essence is wholly organic, and so should only ever be met with Palaver, for it is the belief of Studio Palaver that there is no absolute practice for Palaver."

Studio Palaver, a concept by Taf Hassam (DAI, 2010), was a student led initiative that aimed to create further communication and dialogue between the practicing artists of the institute. Through using the Studio-visit as a model (in those days we were still based in Enschede and the program was a mix of studio-based and DAI Week monthly gatherings), Studio Palaver initiated a series of Palaveresque meetings to take place during the DAI weeks. The meetings included two one-on-one visits for every artist/student per DAI week, as well as a Studio Palaver Hour where five artists individually play host to a group of six artists. The intention of this hour was to incite exchange and discussion through various means, be it through the presentation of work or the creation of a shared experience. The idea was for the artist to treat this hour however he or she sees fit, encouraging creative responses and ways for using this hour in an investigative and “questionable” manner.

Dalida & Alain Delon’s Paroles, paroles was used as jingle and broadcasted via the buildings loudspeaker.