Lado Darakhvelidze (DAI, 2010) and Anna Bitkina (DAI, 2018) are very pleased to share pictures of the latest version of 'Cooking The New Planet', a curtain, this time commissioned for TOK's new project 'States of Control'. 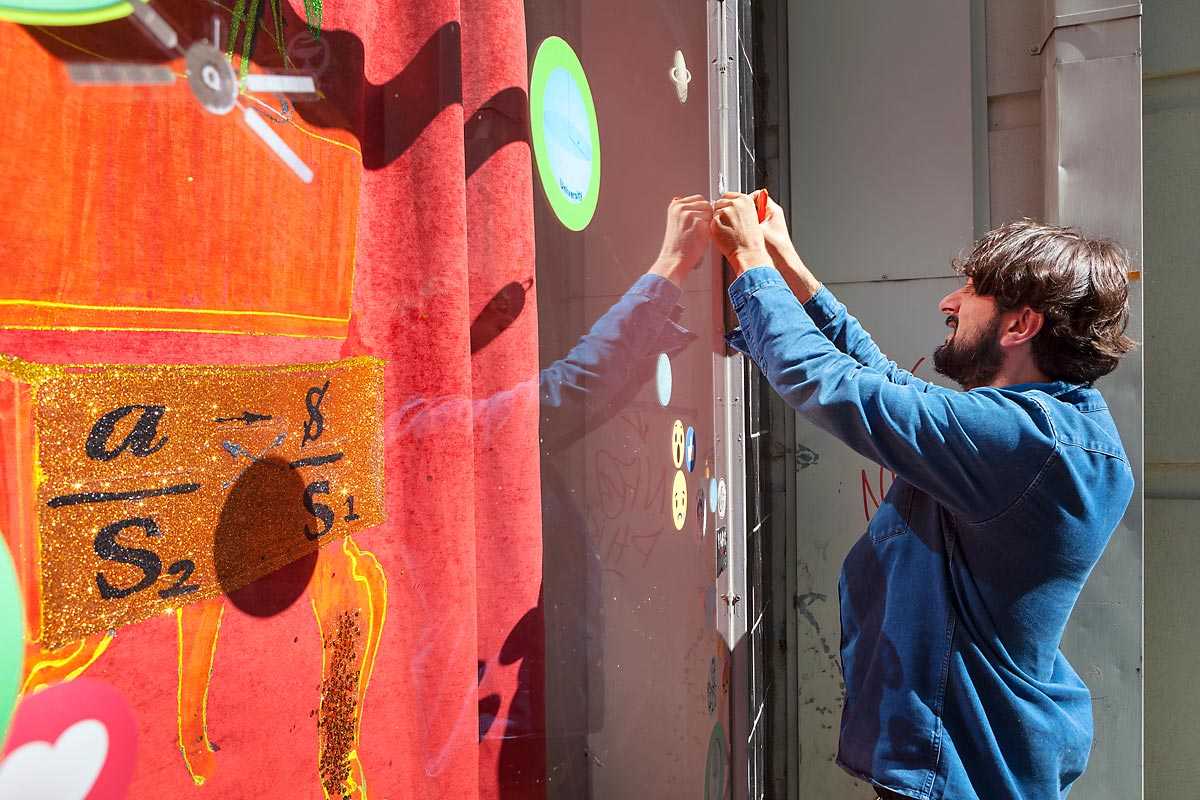 Anna writes us: "It was a great pleasure to work with Lado and to continue to produce the curtain series that started, about one year ago, as a DAI commission." 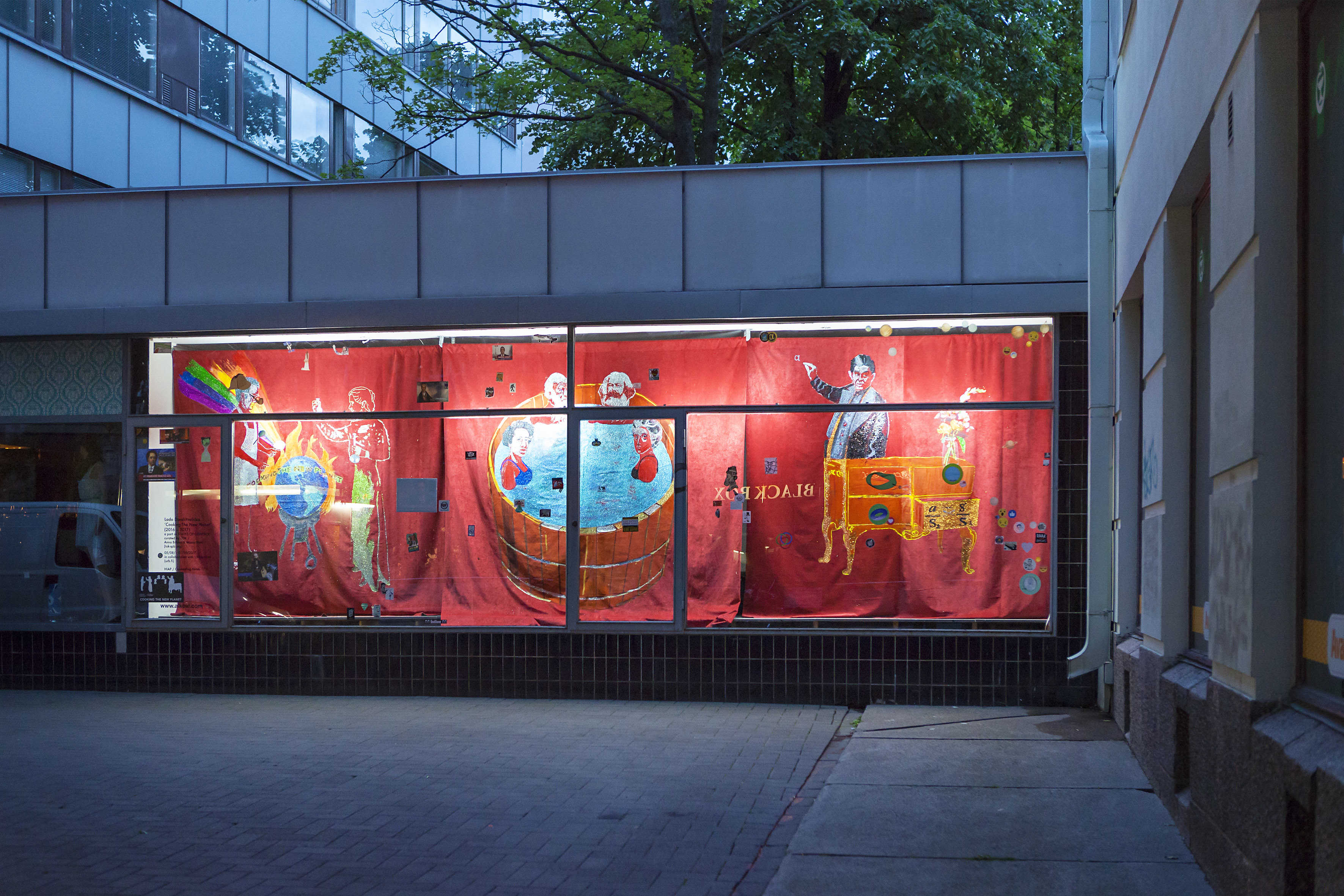 The exhibition ‘States of Control’ brings together artists, researchers and curators from a vast geographical background: Georgia, Israel, Lebanon, Russia, Sudan, Ukraine, Poland, and the USA. They refer both to recent and historical phenomena spanning a wide spectrum from opposition of the USSR and the US during the Cold War and controversial position of Finland during that time to espionage tactics in Egypt and Israel in the 1960, and the recent conflict between Russia and Ukraine. In their projects artists use diverse methods to address the multiple ways in which facts (or fiction?) are conveyed by media, mass culture and education to shape the realities we exist in. Focusing on different historical periods and current events the project participants create their own tactics of speaking about the past and the present to force a ‘memoryless’ society out of its comfort information zone.

Fourteen projects and works presented at the exhibition - both existing and commissioned by TOK - raise issues related to the media: the role of art in the state propaganda process both in totalitarian and democratic regimes, power relations between the government and free media, artistic approaches to creating alternative unofficial information channels, the immediate response of artists to current sociopolitical events and those that have happened in the past, a change in ideological paradigms and the reflection of that in official historical discourse.

‘States of Control’ aims at constructing a continuous dialogue between artists and the public of different ages and generations in order to stimulate critical thinking around the topics of information manipulation, the history of propaganda, post-truth and constructing news during times of political unrest. The project proposes and tests different methods of historical analysis, journalistic investigation, and creation of additional media discourses. What are the limits of control when it comes to controlling media and who actually owns information? Is it possible to avoid propaganda at all? Or will the ones in power always impose their vision on the oppressed and rewrite facts and history according to their interests? The initiators of ‘States of Control’ create a safe and censorship free environment where these questions can be discussed and opposing political statements can be accepted and taken under consideration for further analysis. 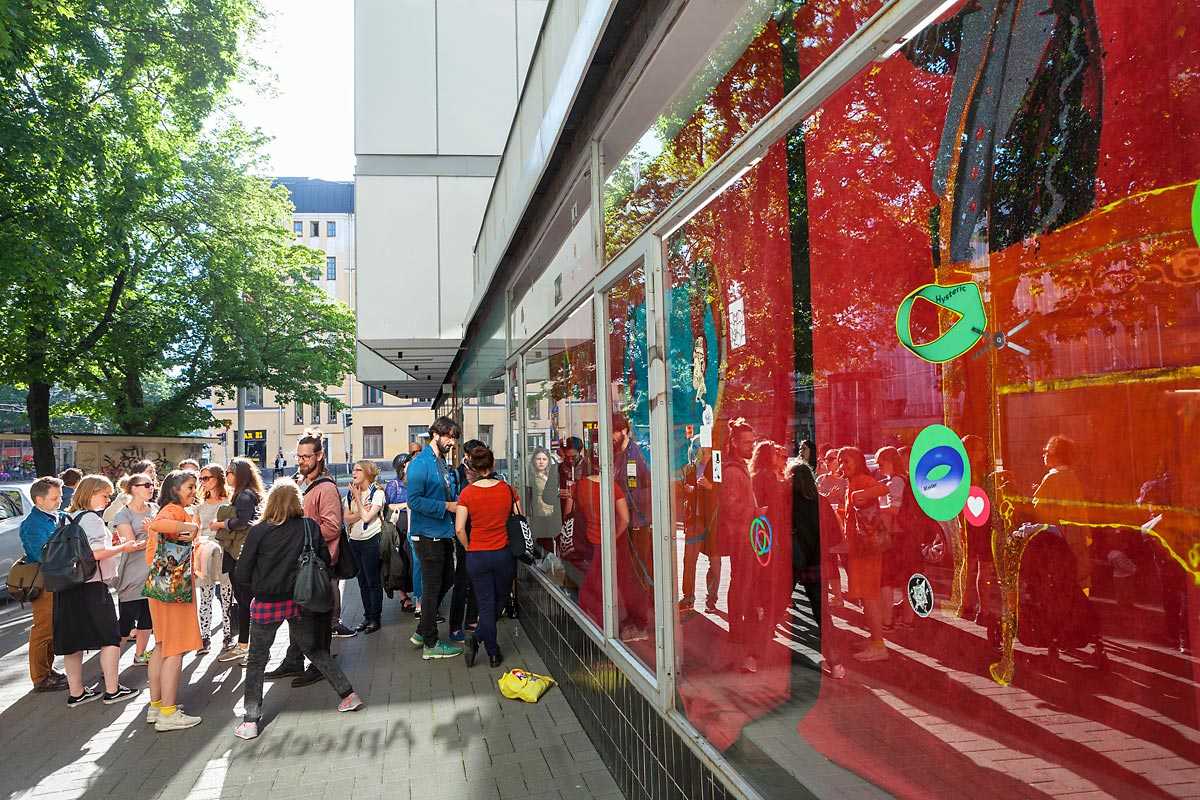 The exhibition, initiated by the Creative Association of Curators TOK and conducted in collaboration with HIAP and Urb Festival, is presented at two main venues: Alkovi Gallery and Gallery Augusta. It consists of a broad variety of works and includes political cartoons and caricatures, prints, combinations of archival and fictional materials, reconstruction of political events, a new performative play, video installations, murals, collages, found materials, collections of books, and other projects.

The exhibition will be accompanied by the performative talk show 'I've Got the Power!’ on media reality, propaganda and post-truth with the participation of experts on media studies, journalists and exhibition artists.

The project ‘States of Control’ is a part of the HIAP ‘Connecting Points’ program and is supported by KONE Foundation and The Ministry of Education and Culture of Finland. The project is conducted in collaboration with Urb Festival 2017.

The project ‘States of Control’ is  curated by TOK - a curatorial duo founded by Anna Bitkina and Maria Veits for conducting multidisciplinary projects in Russia and beyond.
Follow the link for the full curatorial text about 'States of Control'.
--