Skulptur Projekte Münster 2017: do not miss out on ‘Bye Bye Deutschland! Eine Lebensmelodie’ a film by Bárbara Wagner (DAI, 2011) and her partner Benjamin de Búrca. You can still catch up till October 1th, 2017. 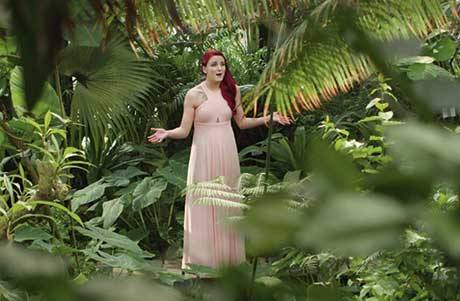 ‘Bye Bye Deutschland! Eine Lebensmelodie’ moves from daily routine to fantasy as it echoes the experience of Schlager music through the lives of Markus Sparfeldt, head of a monthly paper who had a late discovery of his singing voice while covering Udo Jürgens and Steffi Teumner, a classically trained singer who follows the example of Helene Fischer. Set in notable public locations of Münster such as the City Theatre, the Botanical Gardens, the St. Clement’s Church, the Preussen Stadium and the WDR TV studio, the film addresses the city a scenographic replica of its pre-war condition. In the installation, Markus and Steffi perform their story in two different ways: while one brings the viewer into their life through a more direct observation, the second recreates their dreams in a more constructed and cinematic musical form. Both treatments enhance the complex dynamics of self-representation while connecting old and new aesthetics of Schlager music industry. 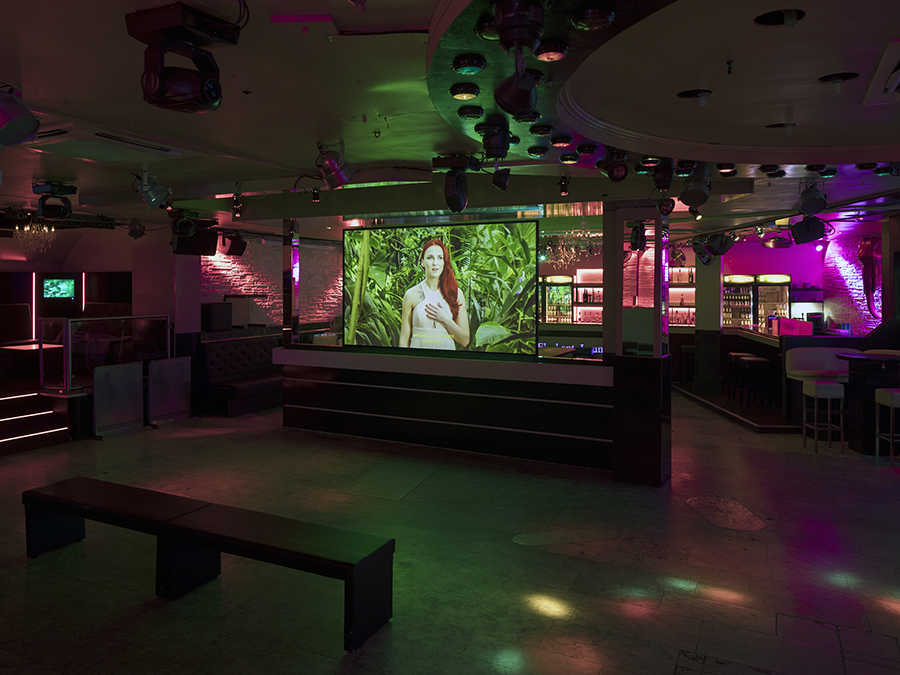 The film approaches the rebirth of an industry that, in the public image, is often associated to a collective day-dreaming of foreign lands, simple texts with a nationalist imaginary or heavy duty sentimentalism. Schlager as a music genre is as hard to define as it is unproductive to simplify the contexts in which it has been produced over the last 50 years. Today it divides opinions and touches both those who love it and those who don’t.

The Skulptur Projekte (Sculpture Projects) are taking place for the fifth time in Münster. Initiated by Klaus Bussmann and Kasper König in 1977, the Skulptur Projekte has become one of the world’s most important exhibitions of art in public spaces. The long cycle of ten years not only makes each exhibition a special event, it also makes it a long-term study into the relationship between art and the public.

Right from the start, all the exhibitions have been developed on the basis of the proposals put forward by the invited artists for their temporary projects in city spaces.