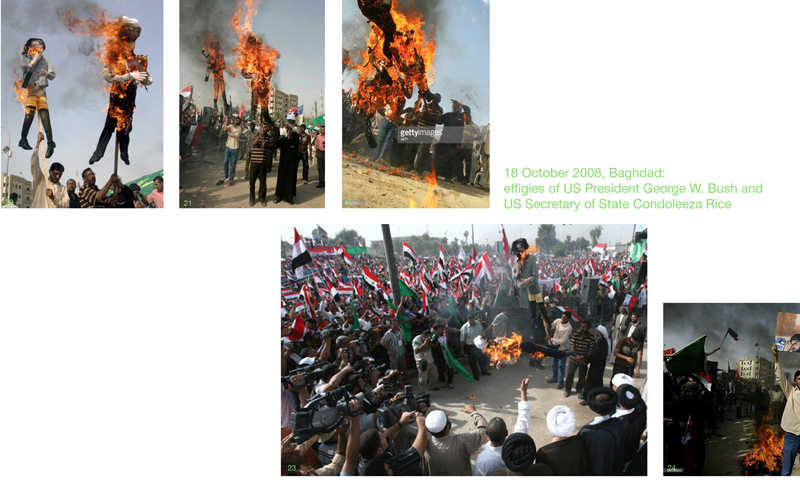 Burning Effigies in Baghdad: reading through the layers of media images

Between 2005 to 2011, protesters in Baghdad restaged the toppling of Saddam’s statue on Firdous Square from 2003 with effigies of US President Bush. In these performances, echoes of Western concepts of images of power appear modulated in an Islamic religious and political context. In the political context of the protests against the occupation by the US led coalition, the practice of burning effigies thus becomes part of a cross-cultural symbolic vocabulary of protest."