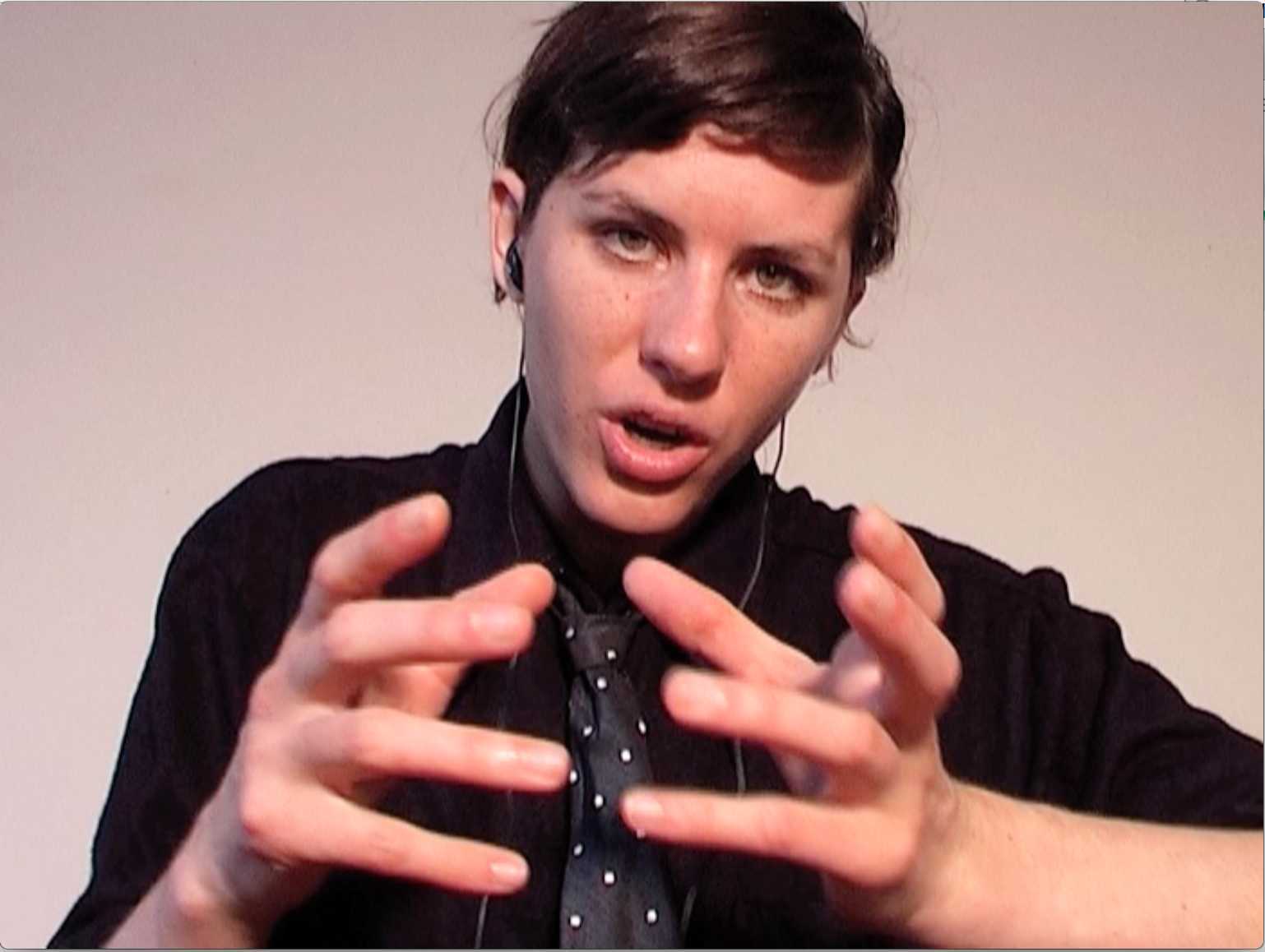 Veridiana Zurita (São Paulo, 1982) began studying Classical Ballet at the Royal Dance Academy in São Paulo, Brazil. After her initial training she moved on to study Communications on Body Art Performance and Dance at the University of São Paulo, where she developed a highly individualized artistic practice utilizing various aspects of performance, video, and dance. Working within performance, video and text she focuses on the creation of work, as the one of exercising dynamics of relation between self and other. Through language, physicality and image as constitutive elements for identifying oneself, she focuses the work on creating distances and approximations among these structures as possibilities of voicing.
Veridiana moved to Europe for a master study at the Dutch Art Institute (2008-2010), followed by a post-master on artistic research at a.pass in Brussels.

Veridiana returned to DAI in 2014 as a guest performer at the symposium "did you feel it?"

Learn more about Veridiana Zurita's MA thesis: Embodied Life - An investigation into the body and its (im)possibilities of creating reality

Learn more about Veridiana Zurita's publication: Life Is Too Short