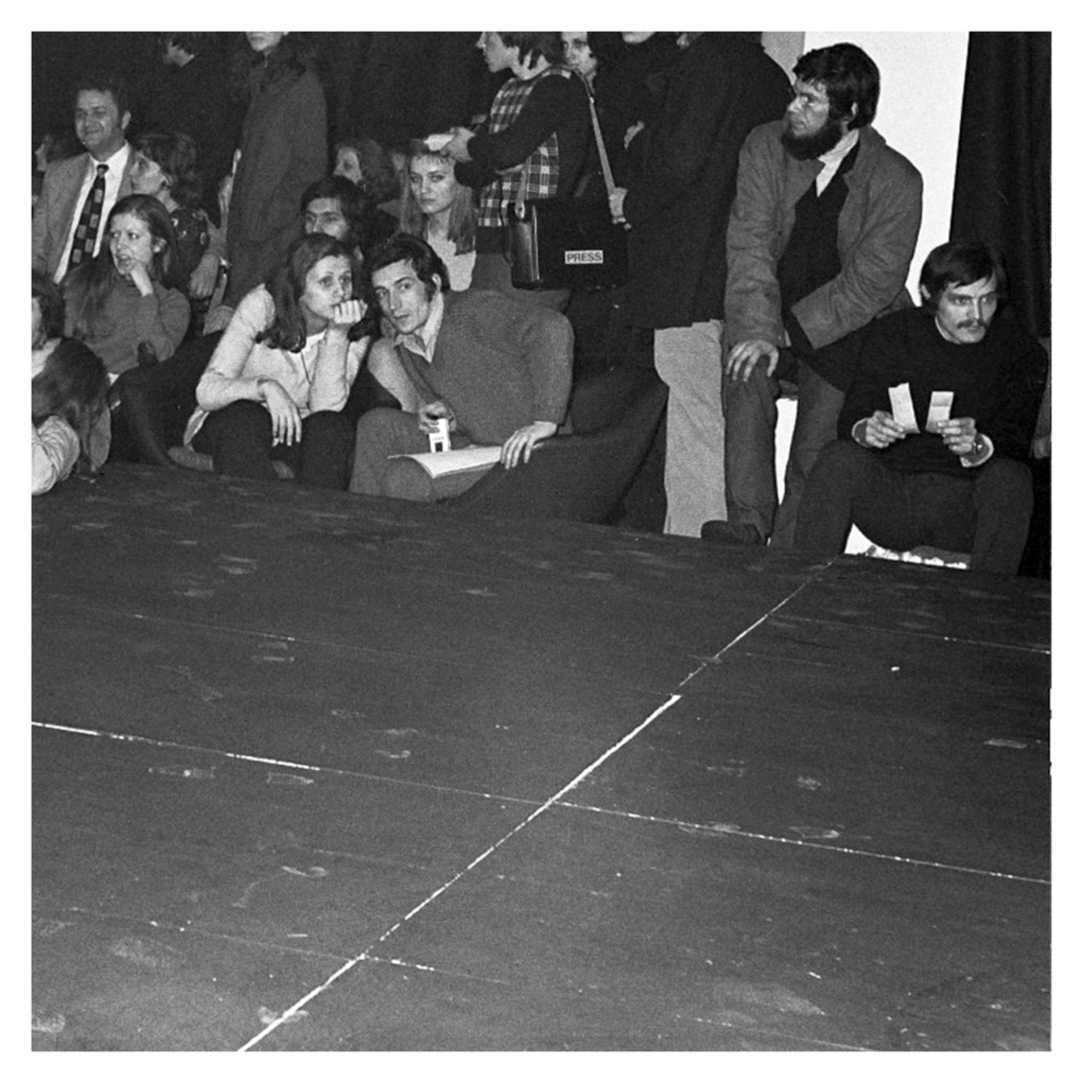 This project focuses on the possibility of location in contemporary art, in comparison to the possibilities of locations beyond art per se. Location offers the connotations of a deliberate activity (“an ACT of location”) as well as a noun. It can connote display and spectacle (as in a “film location”), or real estate (“a prime location”). The latter is not meant to sound cynical so much as insist on theorizing contemporary art as an economic and political force in its own right, for better or for worse. Which, in turn, highlights the need to discuss art as a professional location with specific conditions of production, and a specific investment in moving bodies through space. Thus as a working premise, location can offer a reflexive sense of the privilege of creating a place, or site. More so, in fact, than the term “site” itself offers. Pedagogically speaking, the notion of location might even amount to a method. What are the spatial conditions for a pedagogical best-case scenario? Which conditions are conducive to the act of close reading, and close viewing? And what, in these terms, might a trip to Indonesia produce?

With regards to the latter, location can be seen as a specific, prescriptive side entrance into the issue of internationalism. With the help of Doreen Mende, our point of departure will be the 1955 Afro-Asian Conference of Bandung, where key notions of internationalism were coined, that were quickly reinscribed, to complicated effect. Some of these reinscriptions still haunt the notions of location specific to contemporary art. The 2015 Jakarta Biennial would prove a fruitful comparison to the more localized Yokgakarta Biennial here. 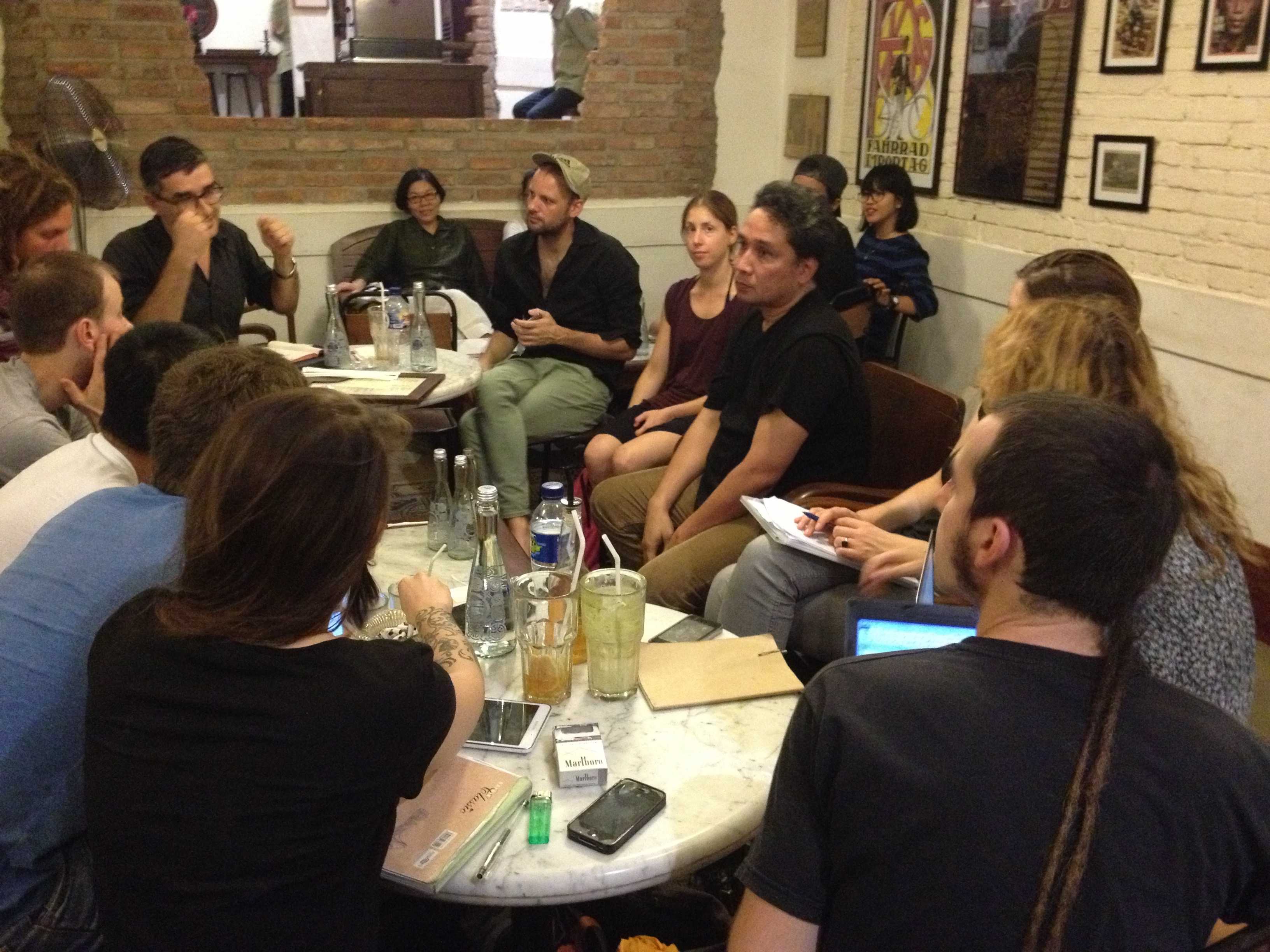 Our approach emphasises group discussion, reading and exhibition-making in the aim of rendering more explicit the ways we both produce and inhabit location through our own work. Keeping in mind the various backgrounds of the DAI participants, the module will hinge on texts and situations that together offer a broad understanding of the rubric of *location* as a relationship between aesthetics, power and knowledge, with a particular emphasis on the world of representations and conditions that affect our sociopolitical actions and imaginaries. In other words, the aim of the module is to understand our work in the field of (so-called) contemporary art as a collective, contingent, and embodied set of affects and encounters. We can reproduce what we have inherited, or we can begin to recognise the complex realities we are living out.

Over the first half of the year (October – January), Tirdad will be the primary tutor. Sessions will focus on introducing the above premises particularly through the prism of the upcoming group trip to Indonesia. In Bandung, sessions co-organised by Doreen Mende will address the 1955 “Afro-Asian” Conference, using as a focus The Color Curtain, the first-hand 1956 account by Richard Wright. Bandung allowed the representatives of nearly two-thirds of the world population to formulate a political voice from within the experience of liberation struggles.

But rather than produce a work that responds to location (i.e. making an exhibition “about” Jakarta or Bandung) we’d like to propose a more immediate and less goal-oriented way of practicing. We will present the group with two exercises that address a relationship of visibility, physicality, closeness and proximity that will unfold over the course of the two weeks – details to follow – and a take on the phenomenon of the final degree show that might challenge the definition of the "student exhibition" (the ubiquitous ritual that trades on the ideas of exposure and evidence of the Art School locale – here Susan Schulppi from forensic architecture will help us) as we know it.

The second half of the year (January – April) will commence with a Sunday conference on 10 January 2016. The rest of the sessions will take place in Arnhem with Sarah Pierce as the primary leader. For this part of the year, we will enter location as inconvenient and necessary coordinates that condition ‘being together.’ With this in mind we will read a series of shorter texts, such as Jean Luc Nancy’s short essay “Touching,” and Maurice Blanchot’s book The Unavowable Community.

Sarah’s aim is to critique this immersive component by tying together Bandung & Eindhoven, thereby exploring the particularities of knowledge production within a setting such as the Roaming Academy (both at home and abroad, in Arnhem and Asia). Aiming for a reflexive, theoretically ambitious take on what the “exhibitionary” upshot of Indonesia could most intelligently be. In this context, “exhibitionary” does not refer to a student show in the narrow sense, but to any potential mode of display, a structure that verbalizes, visualizes and spatializes the academic knowledge production unfolding behind the scenes. The use of the term is not to prescribe some specific outcome, but to locate ourselves within a broader art-educational landscape within which we are operating. As it happens, the DAI has a rich history of critical engagement with traditional art-educational genres, largely eschewing the conventional student exhibition to the benefit of more experimental modes of student output. An institutional memory worth exploring here.

In this way, both halves of the year are intertwined, with the focus on the academy as a locus of knowledge production leading up to a discussion of revolutionary romanticism, political mythology, and art education. Edward Aspinall has written extensively on the role of students in the political developments of Indonesian over the 1960s and his work will provide a particular focus in this regard.

Participation in devising individual and group responses to Sonsbeek as a public moment – details to follow – with a particular emphasis on the “student exhibition” as a genre, often underestimated, and utterly undertheorized, not to mention underhistoricized.

This is not about the DAI students producing an exhibition of their own work. This is about inhabiting a mode where our immediate and direct involvements supersede with intentions. Thus, it is not a bureaucratising of roles (student, tutor, institution, artwork) but rather a way to think about location as a temporality, similar to being a student.