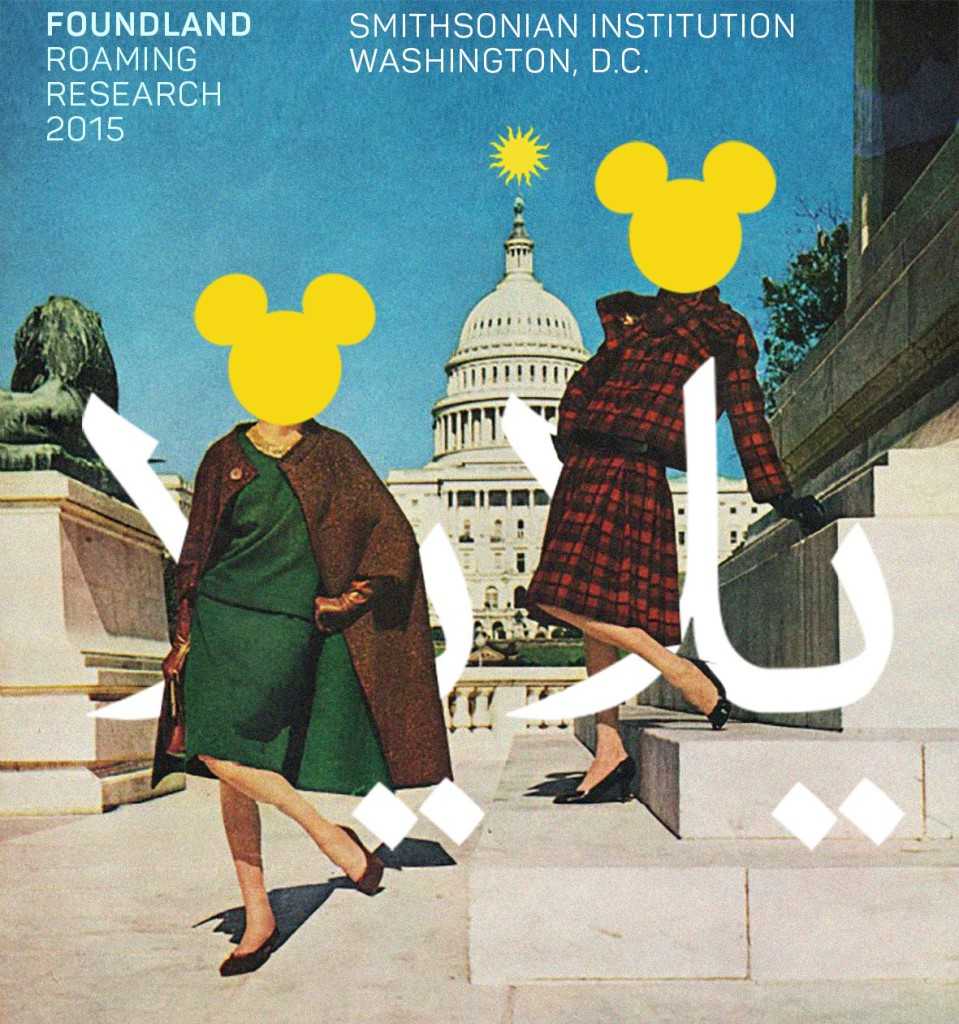 Foundland will be working in the unique Faris & Yamn Naff Arab American Collection at the Smithsonian Archive Center during summer 2015. Alixa Naff, founder of this collection, travelled the United States to collect small stories of ordinary people from Middle Eastern decent, bringing us a fresh look at what it means to be Arab-American today. With a special focus on publications about literature, arts and culture as well as personal artefacts, left behind by early Middle Eastern immigrants from as early as 1880, Foundland aims to formulate a view of the world from a new immigrant’s perspective, during a time when little was known in the Western world about the Middle East.

The SARF fellowship program began in 2007 and allows artists from around the world to have access to Smithsonian collections, meet with Smithsonian scholars and conduct research that is essential to producing new work.