Monday May 18 at 20h ~ Stewart Martin: Art Strike. Invited by DAI-tutor Marina Vishmidt in the context of her seminar Speculation As A Mode Of Production, or: What Problems Can We Decide In This Room ? 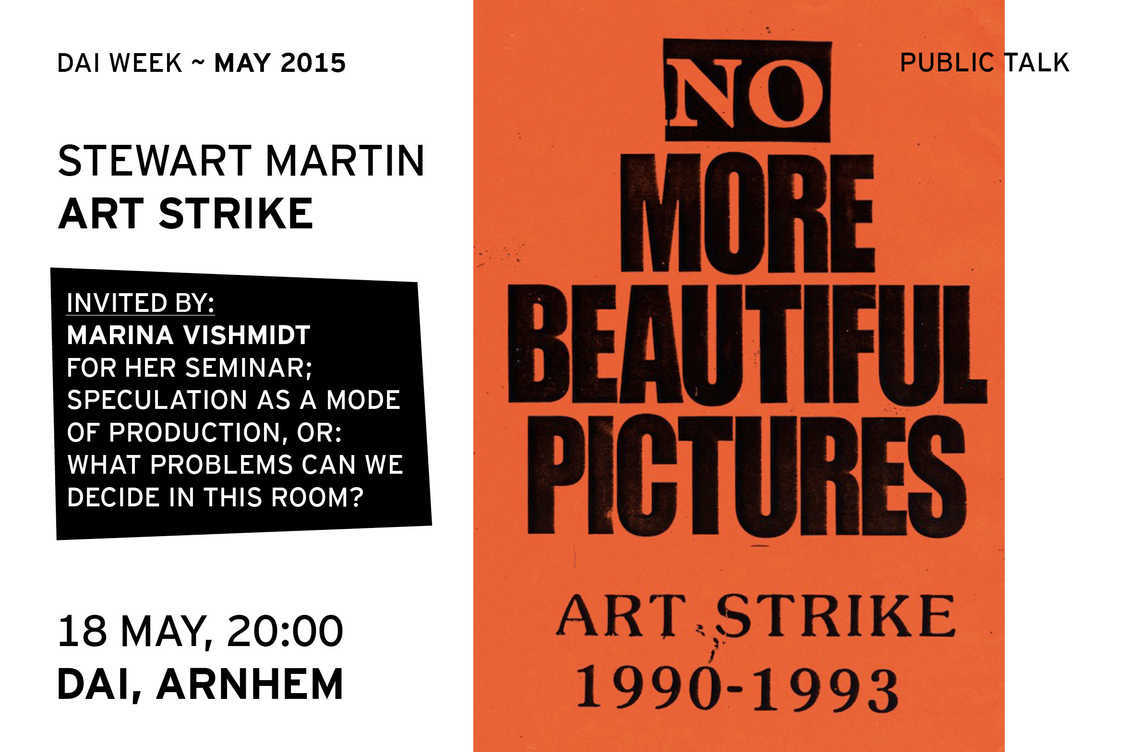 Open to the public - entrance free

The Art Strike is a curious figure in the landscape of contemporary art. In many of its most vivid instances it has been a figure of failure and folly, contradiction and fantasy. And yet it has also accumulated considerable respect as a decisive configuration of radical politics and art. But the issues that have attended its realization are as profound as those attending its conceptualization. What conjunction of artistic and political form is proposed by the Art Strike? In particular, what is the artistic significance of the political withdrawal of labour? And what is the political significance of the artistic withdrawal of labour?

Read more about Marina Vishmidt's seminar at the DAI 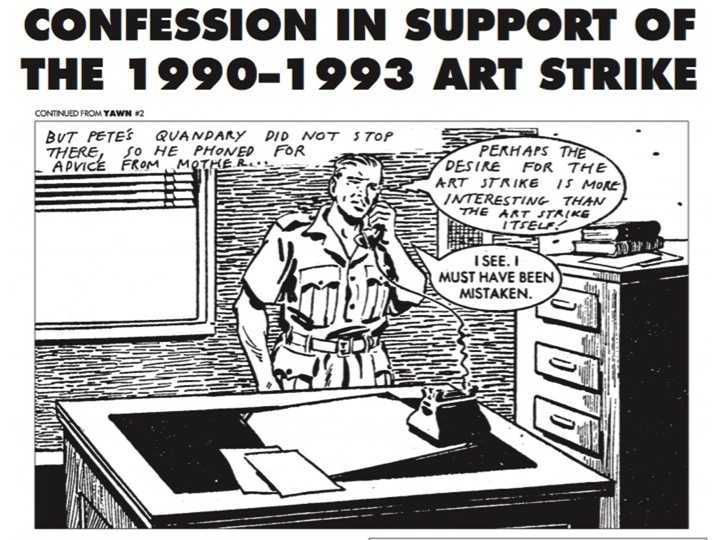