2014 Monday December 8 at 19:45 ~ Polymorphous Magical Substance: An evening with Alexandra Navratil ~ invited by Alena Alexandrova in the context of her seminar Anarcheologies. Location: DAI's auditorium 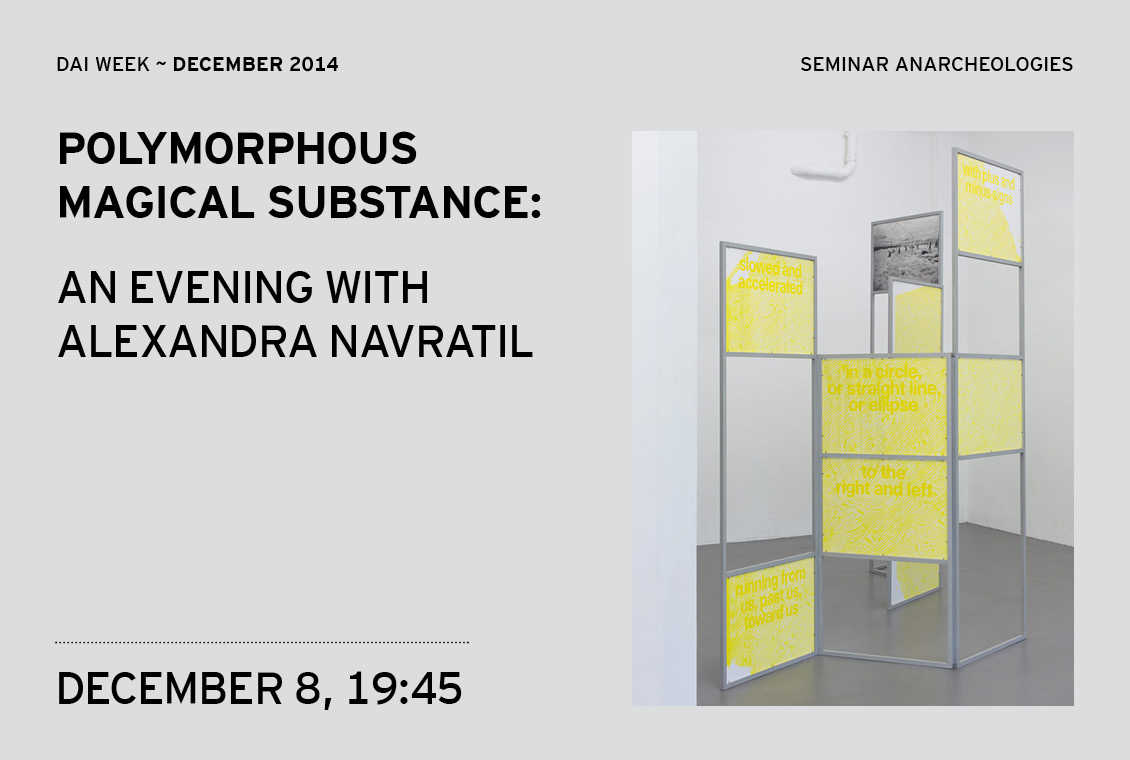 An evening with Alexandra Navratil where she will talk about vertigo, formlessness, fragility and symptoms of exhaustion in relation to her work.