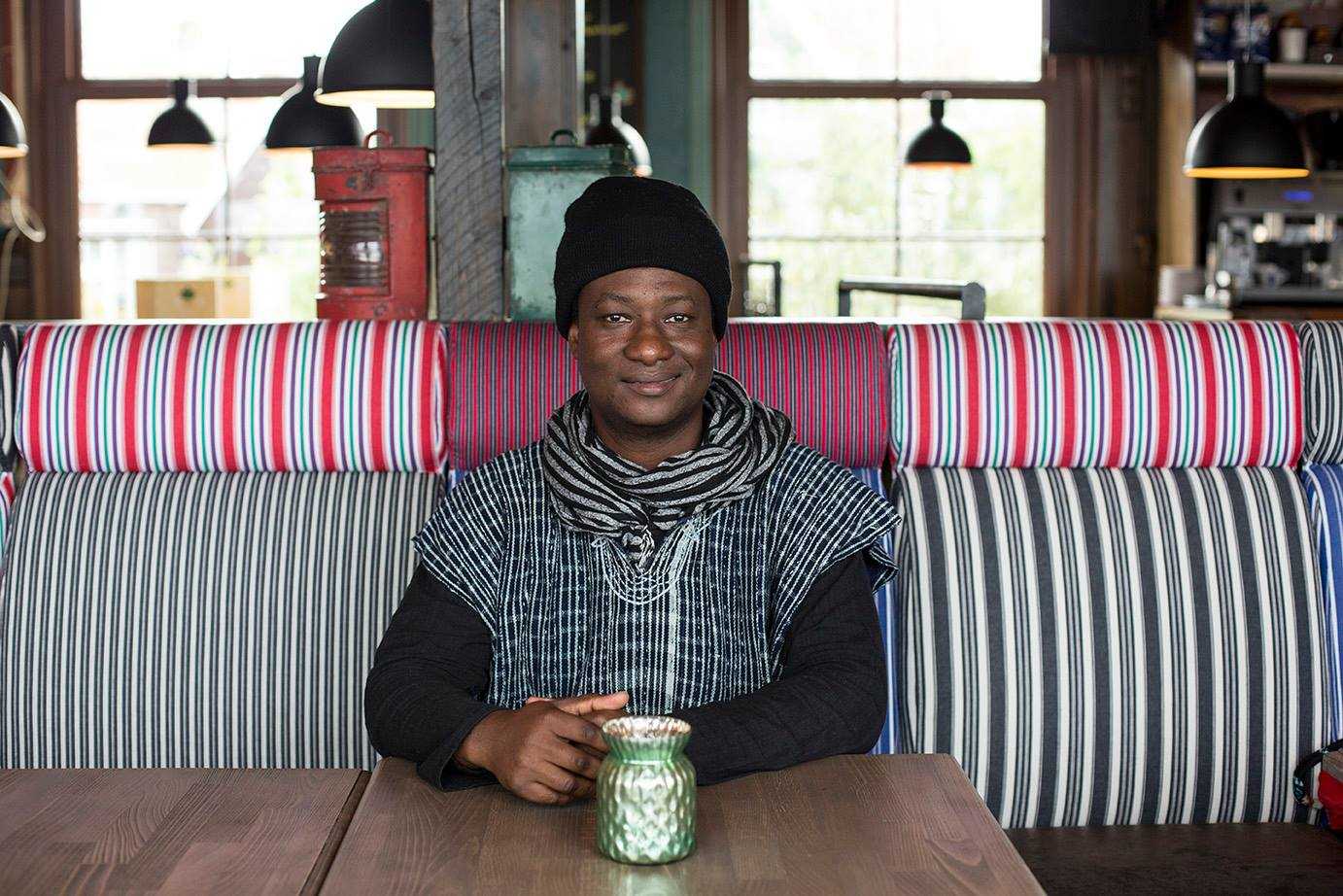 Bernard Akoi-Jackson (b. 1979). (MFA, Kumasi) is an artist/writer whose work has become a project in continual metamorphosis. He interrogates hybrid post-colonial African [and other] identities, through ephemeral, make-shift memorials and performative rituals of the mundane. He employs critical absurdity and moves between genres; dance, poetry, installation, photography and video [New Media], to confront the complexities of his specific cultural moment. In his work, 'jest' is as serious and profound as 'clout,' so that a balanced dose of these become the crux of his expression. In a similar manner, his writing tracks the development of contemporary visual art and culture in a largely poetic, jovial, albeit sublime mode.

He has created several multi-layered installations, videos, paintings, sculptures, performative situations, participatory 'psuedo-rituals' and developed his personal praxis towards criticality through the navigation of personal and collective history. The major intent has been to question the 'autonomous object' that entails when separate artistic forms are maintained. His argument is that forms in the contemporary dispensation cannot remain sacrosanct. Hybridity thus becomes our reality.

His inspiration has mainly been sought in forms of in[ter]-determinacy. His trajectory thus charts nebulous terrains and seeks a blurring of taxonomical and ontological boundaries in traditional forms. He is currently a PhD candidate at the Department of Painting and Sculpture, Kwame Nkrumah University of Science and Technology where his research based studio work seeks to engage with the historicity of performance/performative forms in the contexts of visual art practice and theory.

His first residency experience was at Kofi Setordj's ArtHAUS in Accra in 2006, where he developed his REDTAPEONBOTTLENECK participatory performance project. After his residency with the Stedelijk Museum Amsterdam as "Global-Artist-in-Residence" 2013/2014, he has also embarked on a two month residency at the Thami Mnyele Artists' Residency in Amsterdam.

His work has been seen in spaces across the world. Among the selection is Ghana, Nigeria, South Africa, India, Portugal, Germany and the Netherlands.