2014-2015 Roaming Academy: Cinétracts by Other Means: Notes from Tehran - a project and course tutored by Doreen Mende and the Otolith Group 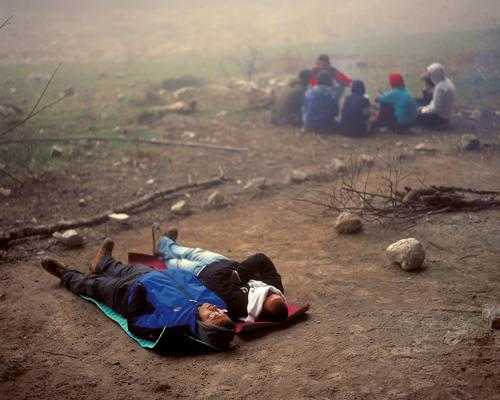 The project Cinétracts by Other Means: Notes from Tehran begins with two concerns: First, what if the 1979 revolution in Iran – which overthrew the Shah of Iran in order to found the Islamic Republic of Iran – transposed the multiple struggles within Iranian society into the spaces of the domestic which then become sites of production for a social fabric that folds itself within and against possession by the state? Second, what questions, proposals, forms, fabulations methods and procedures do artists adopt when the historical production of forms of sociality is enmeshed with contemporary socialities that emerge from the digital platforms, networks and infrastructures of communicative capitalism? The project will discuss various points of entry into these questions. It will propose differing approaches that invite candidates to construct relations to their own position within the frame of the project.

The project Cinétracts by Other Means: Notes from Tehran is framed by the geopolitically entangled late modernity of Iran before, during and after the CIA sponsored coup d'état against the government of President Mossadegh in 1953. The state of Iran undergoes a profound change on the world-political stage whose effects can be encountered in the independent cinema, photography, poetry, and literature of the era as well as in the 'silenced histories and sanitized autobiographies,' (Shiva Balaghi) whose traces can be glimpsed in films, image archives and notebooks. The project Cinétracts by Other Means: Notes from Tehran does not aim to reconstruct or to discover hidden histories. Nor does it consider the artist as an ethnographer. Instead, it invites candidates to listen to 'silenced histories' by watching films and reading texts from Iran and beyond, in relation to contemporary production that include one's own artistic production. The project is guided by research strands that draw attention to three entangled aspects that emerge to reconfigure Iran's position within modernity.

First, 'petropolitics' – The resource of oil in Iran immediately opens to the political struggle over the oil industry from the nationalisation of Mossadegh to the privatisation of the Shah and onwards which connects the domestic energy policy of Iran to the multinational corporations in Europe. The film A Fire (1962) by Ebrahim Golestan dramatizes these geopolitical complexity through the epic narrative of environmental devastation caused by fires in the oil fields in Iran. In Cyclonopaedia: Complicity with Anonymous Materials (2009), Reza Negarastani proposes oil as a malign, ancient geological agency that is capable of manipulating and entangling capitalist and Islamist economies through a planetary process of occluded political control that he terms petropuppetry. Extending this speculative dimension, in the text In the dust of this planet: Horror and Philosophy Volume 1 2011, Eugene Thacker connects the idea of oil as material agency to the philosophical project of thinking through the encounter with the non-human world that confronts us with the prospect of a world without us.

Second, 'nuclear politics' – On November 24 in 2013, a luxury hotel in Geneva hosted a meeting of governmental delegates of the Islamic Republic of Iran, a member of the Non-Aligned Movement, with USA, Russia, China, France and Britain and Germany, the five permanent members of the UN Security Council, known as P5+1 to debate a 'Comprehensive agreement on the Iranian nuclear program'. Nuclear negotiations between Iran and other countries draws an economically isolated Iran into the world-political stage that confronts us with the continuities and discontinuities between our time and the moment of 1961, when the Non Aligned Movement gathered to articulate their concern about a world in war.

And third, 'oikopolitics' – As defined by Angela Mitropoulos as a way of thinking about the 'genealogical and familial' outside of the familiar concepts of biopolitics and sovereignty. The implications of the oikopolitical or the politics of the household can be seen in the increasing importance of forms of sociability. Forms of friendships, self-organised activities, social media, small gatherings and reading groups emerge in an over determined relation to state-monitored institutions. Work produced by artists born around and after the 1979 Revolution, tends to engage with the implications of this sociality. Such work tends towards 'practices of self-transformation beyond the norm', as Melinda Cooper writes in The Law of the Household: Foucault, Neoliberalism and the Iranian Revolution (2012). Cinétracts by Other Means explores the implications of these practices of self-transformation beyond the norm, situating them within the 'tensions and collusions' that Cooper locates 'between a neoliberal economics of transaction and a neofoundational politics of restoration, in this case, revolutionary Islam, both of which are singularly fixated on the sexual politics of the household'.

The conceptual framework for Cinétracts by Other Means is borrowed firstly from Pavle Levi's idea of a 'cinema by other means'. This means that cinema can be made through other means, not only through moving images or sound but through photographs, music, voices, poetry, texts, performances. And second, the format of the cinétract emerges from filmmakers in Paris May'68, determined to create a public response or statement to political crisis in the form of what they called a cinétract. A cinétract is formulated through the montage of any kind of visual material including graphics, handwriting, books, postcards, found footage, quotes, archival documents, black screen. It is produced with the minimal means post-production. It focuses on the details or the overlooked margins of an event. It is distributed via mass-media channels. It directly addresses the viewer and listener. It is produced anonymously. It resembles a pamphlet. It is made with no-budget. It is made with affordable or available technology. It is not a news report. It reveals the position of the author. To make a cinétract is to find a form that speaks to a sense of necessity. A cinetract emerges from a concrete situation. It is an act of public utterance that demands a questioning of the positions of the speaker, the figure of the addressee, and the question of the right to speak for whom?' After all, what does it mean for a group of artists, students and theorists from various geographies of the world, gather within the frame of an art school in Europe, to reflect upon and eventually to journey to Iran? In many ways, the project Cinétracts by Other Means project relates to the 'Travelling Communiqué' project presented at DAI in 2013-2014 without being a continuation or a sequel. Everyone is welcome to join. We will discuss films, texts and projects that help to produce on concepts and terms for complex languages of independence. The project does not require pre-existing knowledge of political theory, international relations, Iran or the Middle East Instead, it demands a passion for reflecting upon processes of independence within a globalising world carried out by cinematic or photographic or textual or spoken or musical or sonic means. These means are discovered in the process of production that emerges through research process over a year of discussing, reading, listening and watching.

Cinétracts by Other Means: Notes from Tehran from Month to Month