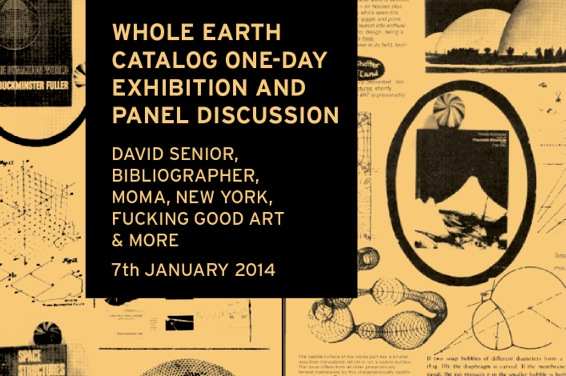 Together with Casco, we warmly invite you to greet the New Year with a public panel discussion featuring Museum of Modern Art (MoMA) in New York bibliographer David Senior and Nienke Terpsma, editor of the traveling artists' magazine Fucking Good Art (FGA) with responses from Jan Dirk de Wilde of Nijmegen's Extrapool and Amsterdam-based printer Sander Janzweert. "In many exceptional and wide-ranging serial projects of the 1960s and 1970s, such as Archigram, Aspen, or the Whole Earth Catalog, we have this idea of the serial publication as a broadcast device, a new media tool. Artists and designers of that era consistently seized on various means of new, cheap printing, production, and distribution to make their own little spaces for the dispersal of ideas, images, and materials. To self-publish, to decentralize production of print media, created a new type of printed object, one in which artists and designers bent the rules, played with conventions of the format, and created new containers for communication." - David Senior

As a fellow broadcaster (in Senior's sense of the word) Terpsma speaks on FGA's methods and how they relate to the self-publishing modalities that gained prominence in the 1970s, when, for example, the anarchist and squatting culture in the Netherlands was given voice through riso-printing, a technique widely appropriated by artists, designers, musicians, and students today. In exploring the Whole Earth Catalog, Senior offers in-depth commentary on this terrain, discussing his exhibition at MoMA, Access to Tools: Pub­lic­a­tions from the Whole Earth Catalog (WEC), 1968 – 1974.

Casco's small collection of Whole Earth Catalogs is on display during the discussion. Bring along your own copy if you have one for comparison and potentially to loan to the traveling display, which is on view at the DAI, Casco, and the Rietveld library. Contact Yolande van der Heide (yolande@cascoprojects.org) for more information.

After this discussion you are all welcome to join us for a very special late night event with drinks & snacks at the DAI's Groundfloor, organised by Katia Barrett (DAI, 2015), Marianna Maruyama (DAI, 2014) and Eduardo Cachucho ( DAI, 2015)