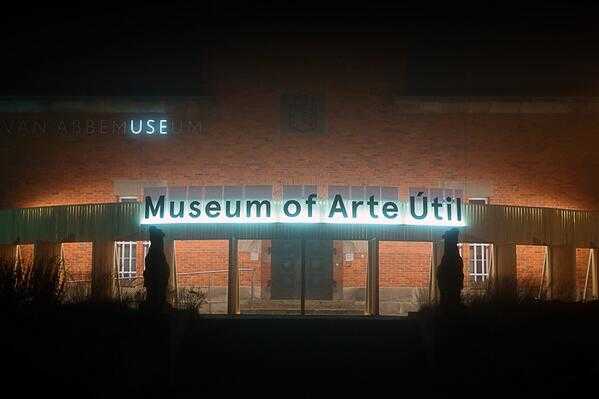 'Using the Museum' will examine the use of the museum in the twenty first century. We take as our starting point the notion that art's perceived role in and value to society is changing. With the demise of ideological binaries between east and west, avant-garde art is no longer positioned as a symbol of a liberal, free society. This means the question of art's 'use' or 'use-value' to society has to be re-calibrated - for artists, institutions and the public we address. This allows us to re-think art not as an autonomous activity, detached from the world, but rather as a tool to be used. Equally, the institutions that house, activate and produce art, can become sites to be used - by artists and a wider public.

'Using the Museum' will be divided into three stages that will span theoretical, curatorial and artistic practices. The first will aim to understand and problematise the theoretical underpinnings of the Van Abbemuseum's approach, by examining three of the words deployed by the institution to define its activities - transparency, agency and dispersion. Examining a series of texts this stage will comprise seminars and discussions in Arnhem. The second phase will move to the museum itself, drawing on two models of presentation in the museum - the collection display 'Once Upon a Time', spanning the twentieth and twenty first centuries, and the 'The Museum of Arte Util', a project that asks artistic practice and the museum itself to respond directly, concretely and on a 1:1 scale to urgencies in the world. This phase will include site visits to the museum and workshops with different curators and artists involved in the two projects. The third and final stage will be the production of a project in Eindhoven in the summer of 2014, that will draw on the theoretical, curatorial and artistic case studies looked at throughout the year. The parameters of the project will be decided upon amongst the group and during the second phase of the project.