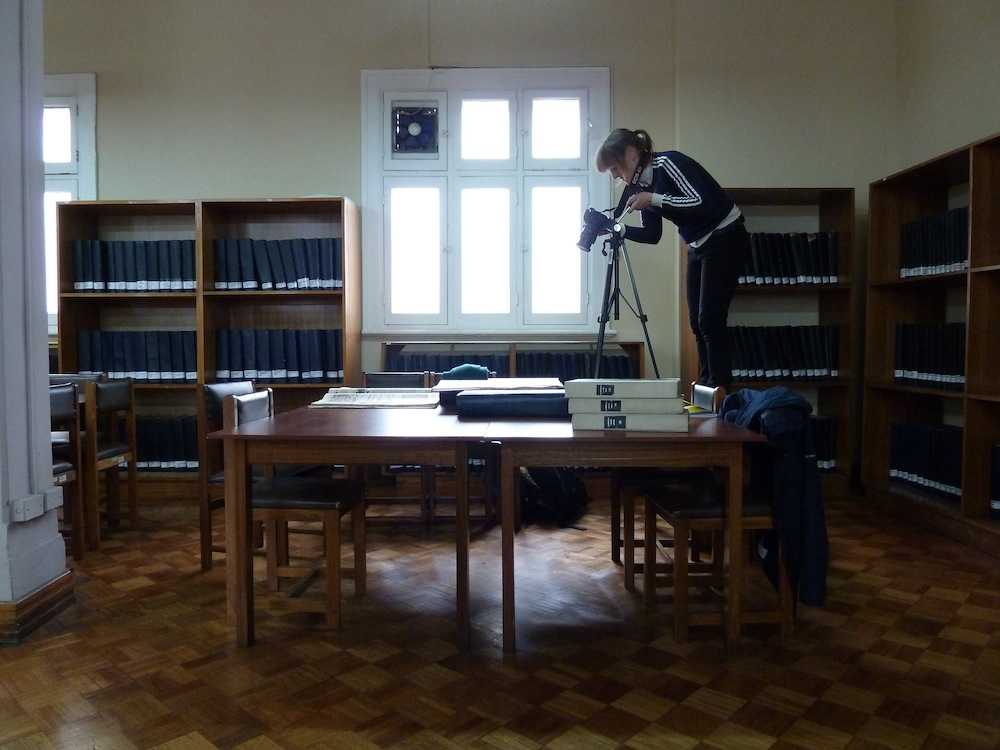 In the past years, in her work, Eva Olthof has concentrated on questions concerning the photographic image in relation to the unseen, the unperceivable. Questioning truthfulness and probability of memory and history plays an important role in her work as well as raising thoughts and questions about the documentary image versus the imaginary. From her position as an artist Olthof researches a certain idea in order to de-contextualize it and come to a new construction in the form of a work. Eva Olthof tries to view a moment or place from a different angle to visualize a 'parallel' history. She tries to do this by using a variety of 'fragments' such as her own photographs, archival material, sources from libraries, texts and sometimes objects. The result is made manifest in the form of an installation, publication or performance and sometimes a combination. Because the geographical location often is the starting point of her research, it plays an important role within the work. Different places and times are connected within her work and the main goal is to let the spectator travel along. The (photo) camera plays a significant role in the accomplishing of the work and the camera is always indirectly present.