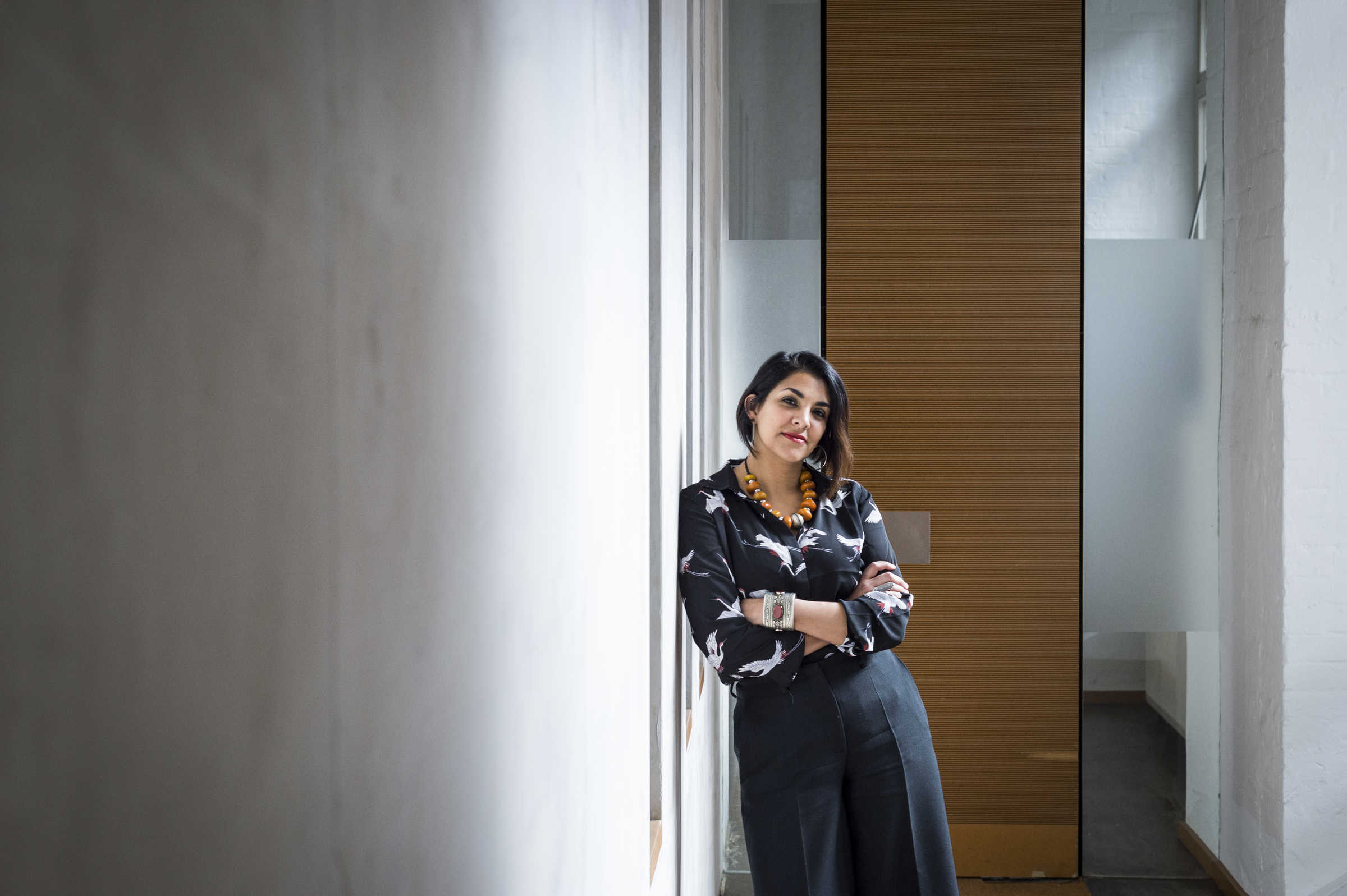 Egyptian artist Heba Y. Amin grounds her work in extensive research that looks at the convergence of politics, technology, and architecture. Techno-utopian ideas, as manifest in characteristic machines of colonial soft power, are at the heart of Amin’s work. Starting from the idea that landscape is an expression of dominant political power – Heba Y. Amin looks for tactics of subversion and other techniques to undermine consolidated systems and flip historical narratives through a critical spatial practice.

Amin teaches at Bard College Berlin, is a doctorate fellow in art history at Freie Universität, and a current Field of Vision fellow in NYC. She is the co-founder of the Black Athena Collective, the curator of visual art for the MIZNA journal (US), and co-curator for the biennial residency program DEFAULT with Ramdom Association (IT).  Furthermore, Amin is also one of the artists behind the subversive graffiti action on the set of the television series “Homeland” which received worldwide media attention.