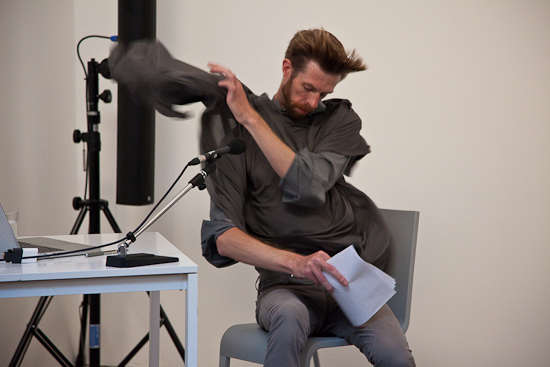 Ian White (1971-2013) was an artist, working mainly in performance.Since 2007 he was the Facilitator of the LUX Associate Artists Programme and from 2001-11 was Adjunct Film Curator for the Whitechapel Gallery, London.