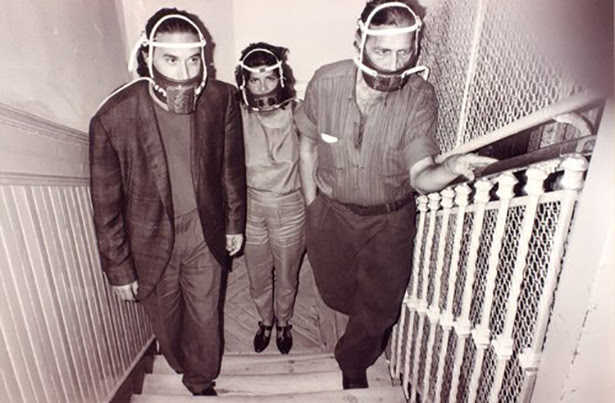 Indigenous New York, Curatorially Speaking presents key findings of a closed curatorial colloquium that precedes the public event. David Garneau and Candice Hopkins are two of the presenters speaking on behalf of the afternoon's events. The curatorial colloquium examines four key inquiries: indigenous and non-indigenous epistemologies and methodologies; the non-colonial museum; challenges of collaborative curation; the growing indigenization of international art. These findings emerge from in-depth conversations between curators in the field and will focus on New York as a locus of indigenous activity and potential. Scheduled in collaboration with CUNY's conference Scales of Visibility in Global Indigenous Art the previous day, the ultimate goal of this convening is to provide the opportunity for meaningful exchange between colleagues and to examine how a fuller consideration of indigenous production might reconfigure regimes of thought and practice.

The program initiative Indigenous New York declares New York indigenous terrain, and brings together artists, curators, critics and scholars of Native American, First Nations, and indigenous descent along with their non-indigenous peers and colleagues to probe this claim and explore ways to affirm it both locally and in a global context. As indigenous artists, curators, critics, and scholars are increasingly sought-after participants in biennales, exhibitions, conferences, and residencies worldwide the initiative seeks to provide for a moment of reflection. A festive reception follows the presentations.

Indigenous New York is a public program and research initiative of the Vera List Center developed in collaboration with artist Alan Michelson and in consultation with artist Jackson Polys. It facilitates collaborations and exchanges among contemporary curators, artists, critics and scholars through public events and colloquia that focus on indigeneity and the legacy of colonialism and position the local as evidence of concerns shared globally. It is supported, in part, by the Shelley & Donald Rubin Foundation, and is part of the Vera List Center's 2015-2017 curatorial programs on Post Democracy.