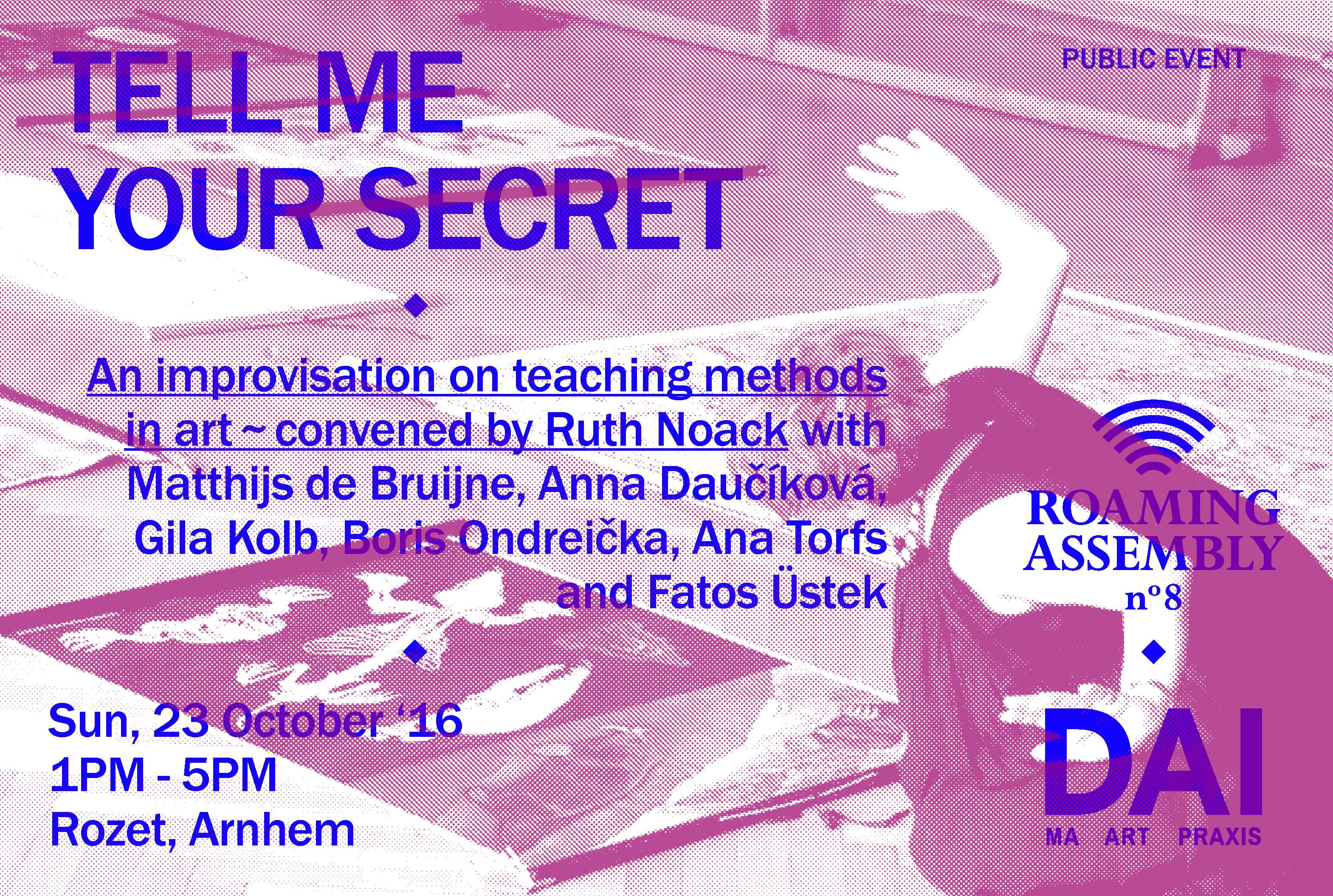 How to teach things students really want/need to learn? Things they consider useful and that seem interesting to them or maybe even leaves them with the feeling of having "learned something”. Therefore, it is crucial to take students' interests seriously. But how is this possible in institutional settings, when usually a set of expectations is in play und it is clear what is to be understood with “useful” knowledge? However, what do students know already, and what might they not consider 'knowledge' or 'valuable' enough for a teaching situation? So, what are the questions students consider relevant (enough) for the specific situation? How can such questions be raised without reproducing already anticipated topics? How can a raised question change (or hack) a current understanding of knowledge and ways of learning? In other words: “What can we learn in this [seminar (GK.)], beyond what it wants us to teach”? (cp. Rogoff, 2012, p. 33).

With these questions in mind, one must expect a radical turn in contemporary thinking in art education – a turn towards a student-centered perspective. But turns are ideas of a rather postmodern logic and proclaim radical changes that replace former system or conditions with a new one. Maria Acaso, introduces something more effective, when turning to „microrevoluciones“ – changes that instead happen within the microstrucures of a school, delivered by individual teachers - in order to make a shift in paradigms possible at all (?) (Acaso 2013). What is most important here are the small movements that can be thought as something that individual teachers are able to do independently? Therefore, it is safe to say: turns should be performed as a shifting of patterns on a micro-level.

As any critical or theoretical thinking aims to sharpen the awareness of the analyzed situation instead of just solving a problem (Rogoff, 2007, p. 37), I think that the ability to collectively raise questions can be the first step towards a micro-revolution. Questions show how knowledge –itself in a constant condition of crisis– can be different things not only the existing canon. It is part of a constant transformative process: a #shift.

This also works for teaching in schools: Within a school project, the working group Methode Mandy (Annemarie Hahn, Kristin Klein, Gila Kolb, Konstanze Schütze), was taking the knowledge of pupils seriously. The results showed a different view of the idea of ‘useful” knowledge. Within the symposium, I’d like to present some of the results and to perform a question-generating speed dating with YOU.

ABOUT THE AUTHOR, GILA KOLB

BACK TO THE SYMPOSIUM