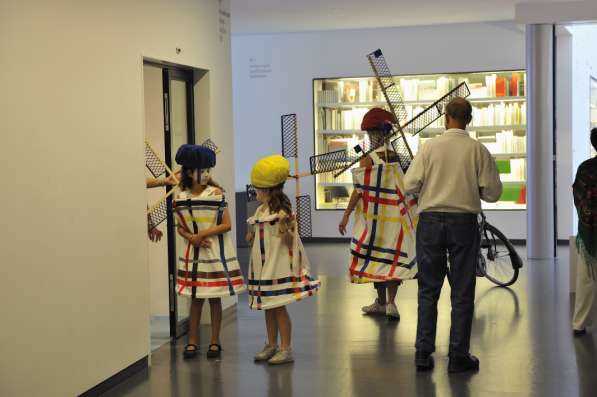 We understand deviance (de-off; via-way) as moving away from the entrenched path. The first task in considering deviance is to understand which path; formations and genealogies brought us to the place from which we speak. For a European art institution such as the Van Abbe these paths lead back to modernity and the conception of the modern museum - a conception that carries with it a clear set of suppositions and protocols surrounding art’s production, display, reception and so-called development. Through the genealogy of western modernism, art and its institutions increasingly turned inward, understanding art as a thing in itself, rather than as a surface of possibilities through which different relations and affects could emerge.

Such suppositions and protocols have, thankfully, long been challenged by artistic practice and exhibition making that sought to deviate from the roles modernism ascribed to art. Such deviance was often a deliberate resistance to the art world’s self-imposed limits or frames of reference – frames that were born out of a distinct set of political, social and cultural parameters. This means an exploration of deviant practice from the vantage point of Western Europe necessarily involves undoing long-held institutional, racial, geo and bio political formations. We will therefore explore deviance through the prefix ‘de’ (‘off’) in relation to notions such as demodernising, decolonising, deprivelleging or deneoliberalising – key strategies we aim to examine throughout the course. At other moments they occur outside established frameworks altogether and only now, in retrospect, can be re-appraised for their significance in proposing what Walter Mignolo describes as different ‘options’ to the hegemonic narrative of western art history. Exploring some of these ‘options’ and methods, as well as their relevance for today will be a key strand of this course.

This will be done through looking back to the recent past via seminars on key exhibitions form the 1980s until today. Alongside this we will undertake a close consideration of recent and current artistic practices via presentations and dialogues with artists working today, as well as a discussion of key theoretical positions. Thirdly, we will develop a collaborative project for the 2017 caucus at the Van Abbe. In this way, the course aims to blend different curatorial, artistic and theoretical positions.

The course has three main components, which will run alongside each other throughout the year: Exhibition Histories, dialogues in practice and the caucus project.

The course is structured through six seminars, written assignments and a final project as part of the caucus in May 2017, hosted by the Van Abbemuseum. Throughout the course students will be asked to consider different methods for art and curating via the notion of deviance. What practices, exhibition models, artistic or curatorial methodologies allow for the undoing and subsequent redrawing of entrenched or accepted systems? How can the parallel study and consideration of exhibition histories, theoretical positions and artistic thinking contribute to a consideration of deviant practice?