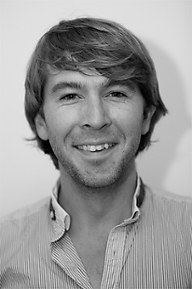 Paul Bijl (PhD 2011, Utrecht University) is an assistant professor of literature at the University of Amsterdam and a researcher at KITLV/Royal Institute for Southeast Asian and Caribbean Studies in Leiden. He has worked on cultural memory in the Netherlands of colonialism in Indonesia and published, among other things, a book Emerging Memory: Photographs of Colonial Atrocity in Dutch Cultural Remembrance and the article "Colonial Memory and Forgetting in the Netherlands and Indonesia". His current project is on legal history and he investigates how Indonesians during the colonial period wrote about rights, law and justice. Authors include Kartini, Semaoen, Sjahrir and Soewardi Soerjaningrat. He has been a visiting student and scholar at UCLA, Columbia and Universitas Indonesia