Tasmania based artist, writer, curator and PHD candidate Sarah Jones (DAI, 2014) is back in Europe for a residency at MeetFactory till May 31. 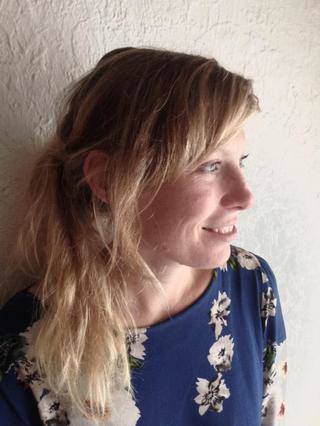 Sarah Jones, (b. Australia,1982) is an artist, writer and curator based in Tasmania. Through first person narrative, both written and performed, her practice explores text as a medium through which critical theory performs as the material of practice. Wherein publishing can be redefined through the embodied event.

Sarah is a current PhD candidate with the University of New South Wales School of Art and Design. Her research focuses on acts of publishing that may be seen as exemplary forms of an address in which, both artists and audiences, perform as producers and witnesses in a loop of constant desiring. This loop —a particular and complex milieu— is a body in time and space, in which we might explore the dissolution of notions of self.

Since 2011 Sarah has worked collaboratively with Pip O'Brien producing text based installations, video works and artists’ publications. Examining relationships between artists, artworks, and audiences; Jones’ and O’Brien’s works deal with memory, sentimentality, and personal narrative in which text performs a fraught communication between viewer and content. Text, interfering as both image and not-image, is explored as a kind of invitational—obstruction to an audience’s ability to engage comfortably with image-based narrative.

The international Artist-in-Residence program MeetFactory in Prague is the largest studio program in the Czech Republic. MeetFactory facilitates fifteen studios, which annually host over thirty visual artists, curators, musicians, theatre directors or writers. We foster the involvement of our artists in residence not only within the programming of MeetFactory, but also in the context of the Czech and Central European art scenes.