2015 ~ October 18: ROAMING ASSEMBLY #1 ~ From Indonesia Calling to Lab Laba-Laba; looking at 'history' through the revolutionary lens of art and cinema. Convened by Gabriëlle Schleijpen 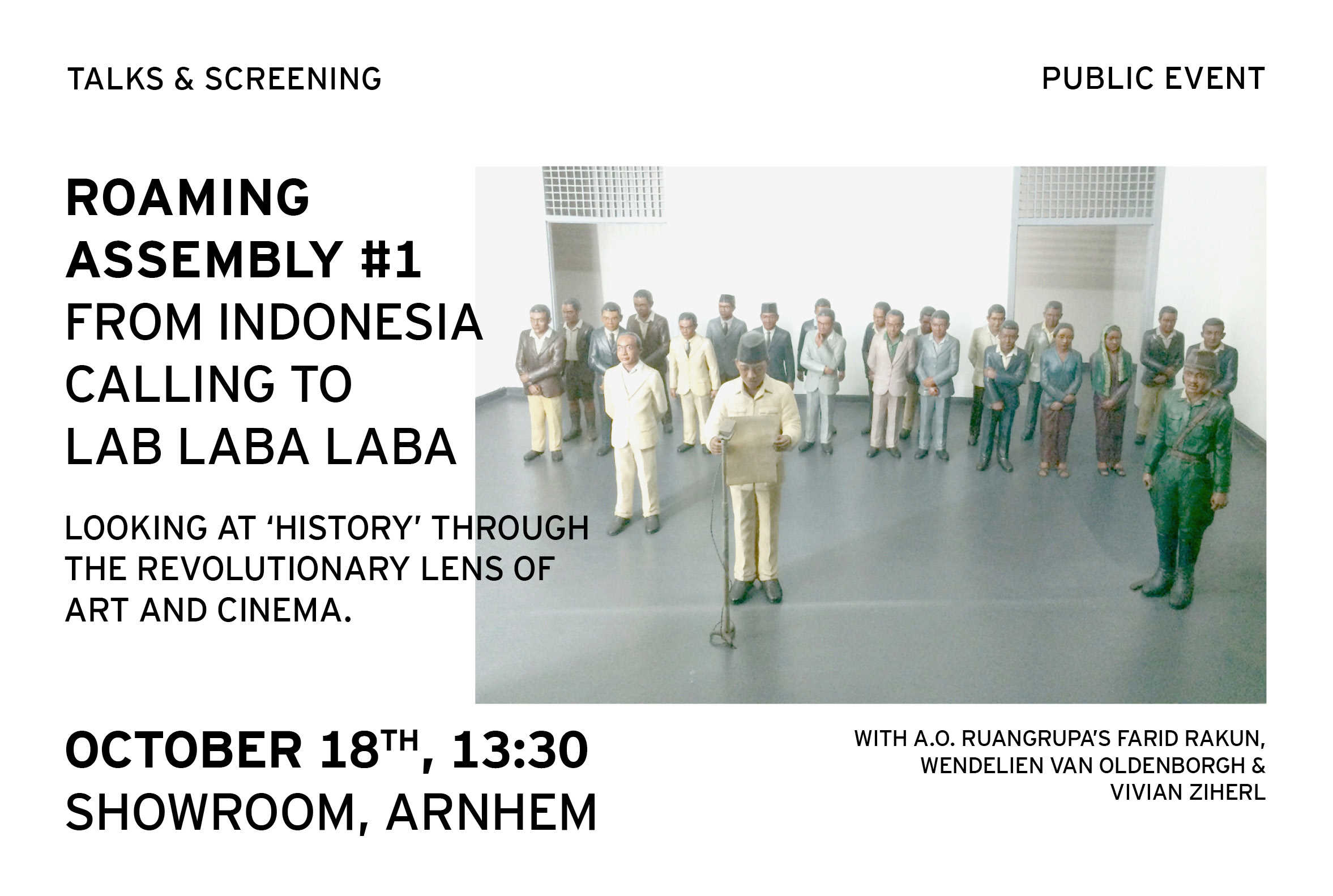 open to all  ~ no entrance fee ~ location: Showroom Arnhem, Kleine Oord 177 in Arnhem.

From Indonesia Calling to Lab Laba-Laba ~ looking at 'history' through the revolutionary lens of art and cinema.

" For most people in Europe and America, the history of the twentieth century is still largely defined by the two world wars and the long nuclear stand-of with Soviet Communism. But it is now clearer that the central event of the last century for the majority of the world's population was the intellectual and political awakening of Asia and its emergence from the ruins of both Asian and European empires.To acknowledge this is to understand the world not only as it exists today, but also how it is continuing to be remade not so much in the image of the West as in accordance with the aspirations and longings of former subject peoples." (From the Ruins of Empire. The Revolt Against the West and the Remaking of Asia. Pankaj Mishra, 2012)

Today's presentations amalgamate de-colonial histories with contemporary positions from the Netherlands, Australia, South East Asia at large and, at center stage; Indonesia ~ nation currently captivating the DAI's interest and imagination because of our ongoing and most productive Arnhem Transaction Jakarta-project in the contexts of both Jakarta Biennial 2015  &  SONSBEEK 2016.

Curator & writer Ziherl will provide an introduction to the forthcoming multi-part work by Australian artist Tom Nicholson ‘Scenes from an Archipelago’ which will be first presented within the Jakarta Biennale before featuring within the opening edition of the expanded curatorial project Frontier Imaginaries. ‘Scenes from an archipelago’ involves working directly with one of Indonesia’ most eminent living sculptors, the 90-year-old Edhi Sunarso, who was commissioned by President Sukarno to make many of the major new national monuments in Jakarta in the 1950s and 1960s, but was also responsible for the extraordinary cycle of dioramas created for Monas (national monument) that fabricated a narration of post-colonial Indonesian nationhood. Ziherl and Nicholson will discuss the process of research, interview and work with Sunarso, as well as with a group of largely Hazara refugees stranded in the northern Javanese town of Puncak on account of present Australian anti-immigration policy.

Artist and member of the Royal Netherlands Academy of Arts and Sciences Wendelien van Oldenborgh will be talking about the works she has produced addressing the Dutch colonial past in South East Asia and the traces this has left in contemporary dilemmas in the Netherlands. She will share some of the references that have guided these works: No False Echoes (2008), Instruction (2009) and her publication A Well Respected Man or Book of Echoes (2012).

Jakarta based artist, writer, editor, teacher and instigator farid rakun will give an overview of 'history' in the eyes of art collectives. He will share his knowledge and reflections on how history has become one of the central themes for current artists in Jakarta/Indonesia. Learn about OK.Video (briefly from the beginning when it was started in 2003, but focusing on the latest one, entitled “Orde Baru” [The New Order]), Forum Lenteng (mainly through their initiatives, including their Halaman Papua and annual experimental documentary festival Arkipel), and lastly Lab Laba-Laba, who took over National Film Company and create exhibited artworks from their findings.

with today's speakers, joined by DAI-student Wayne Wang-Jie Lim, who, as a Singaporean will attempt to fill in the 'gap' of Indonesia in Southeast Asian perspective whereby 'Southeast Asia' is too often seen as a whole by the West. Followed by Q & A and discussion with the audience. 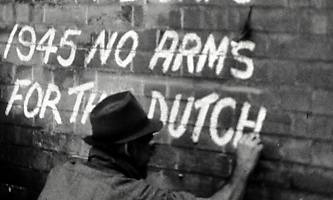 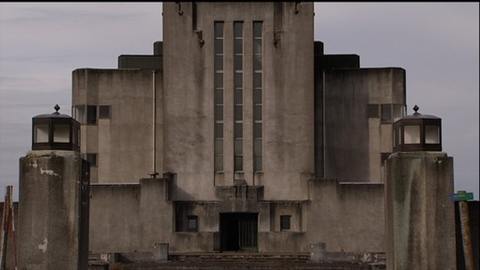 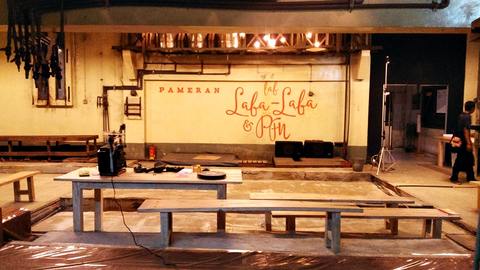