2015 - 2017 Katja den Dulk: "Can conflict stemming from nested circularity be compromised on a macro level?" 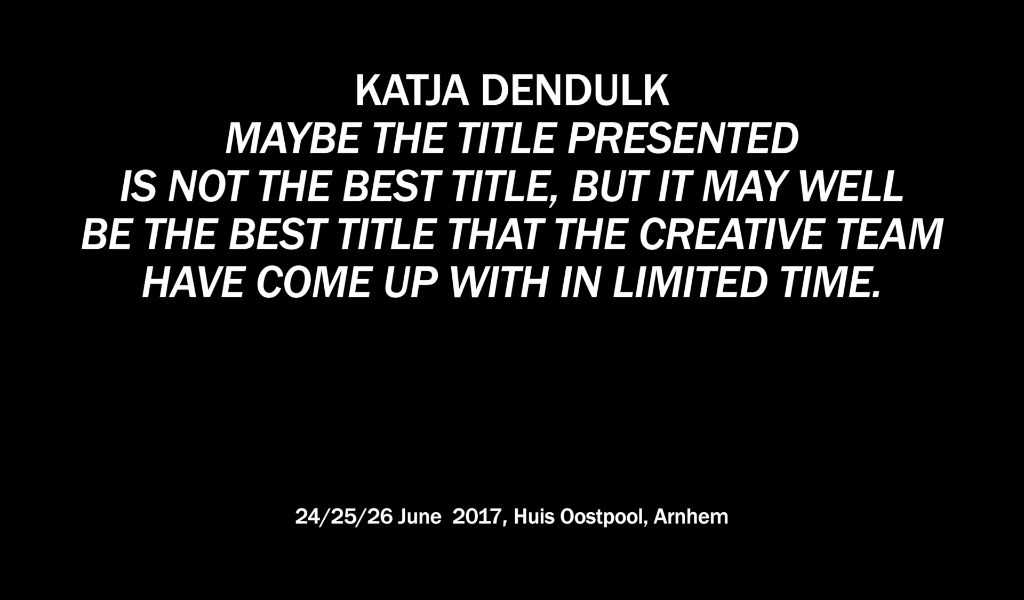 Katja Dendulk stands onstage and gives a reading of a paper she recently wrote. The densely-woven text deals with connections between biology, psychology, sociology and politics. Katja uses diagrams to further explain the points in the paper, which begins with a discussion on the relationship of beauty to biology and cultural evolution. Cosmetics are a form of semiotic signaling. Crossing over topics that emerge in the fields of marketing and computer science, Katja explains how we now face the” industrial production of mediocrity,” and how this is in part due to an over-emphasis and near-obsession with optimization and efficiency.

Ray Brassier remarked that this lecture performance was dense and informative and that he found the use of diagrams ingenious (though he would need to study them more to grasp them properly). It made him curious about the idea of nested circularity and the concept being developed in the diagram. He could see how the ideas presented in beginning - of cosmetics as a form of semiotic signaling was connected to Katja’s end arguments. Brassier remarked that he would like to have more clarification of the cosmetic enterprises. “What is it?” He found the claim that the resort to algorithms as building blocks leads to a pre-set culture intriguing but was “puzzled by claim that one can use tropes from biology and the human organism’s relationship to the environment to make a claim about culture.” He asked, “what is a biologically uninteresting society? The term individual was used and there was a latent contrast between individuation and corporate homogenization.” He advised caution in this regard because “the claim that biology favors diversity - and therefore any culture which maximizes diversity is both worthy and biologically ratified - is a claim made by reactionary ideologues.” He concluded by saying that the notion of productivity and cultural productivity needs to be clarified, and that would have liked Katja to say more about connection between cosmetics and prosthetics.

Gabi Ngcobo found it difficult to respond to it because of the density and lack of an entryway. Though the diagrams helped, she did not think the short space of time did not suit the material offered. For her, the performance lecture was reformulated into a lecture.

Marina Vishmidt called it an “impressively-layered and researched constellation of speculations.” Picking up on the concerns Brassier brought up, she reflected on “the way metaphor has an agency in the slippage (the culturalization of evolutionary biology in genetics in something like meme theory, or the selfish gene).” There is a “tendency to construct nature and culture and something absolutely distinct and normatively continuous.” She was interested in the “slightly tenuous connection between the discussion between the cosmetic industry and presets in music.”

Bassam el Baroni complimented Katja on the “tremendously engaging paper, well-researched, and academically rigorous,” though he the same reservations about some of the points mentioned previously. Elaborating on this, he said, “The transformation of peakshift into human cultural space is what you call preset culture. If this is what you mean, it is not clear enough in the formation [...] this pre-set culture which originates in peakshift instantiates the kind of anti-tech stance where people are nostalgic about traditional forms of music, etc. culture, that equate to more traditional and conservative ideals about what culture is.” He concluded by saying that since “there is no litmus test to prove this, it needs more rigorous proof.”