2014 - Belgrade: with the participation, among others, of Doreen Mende (DAI core tutor), Maja Hodošček (DAI, 2013) and 12 participants in the Travelling Communiqué Roaming Research group at the DAI. 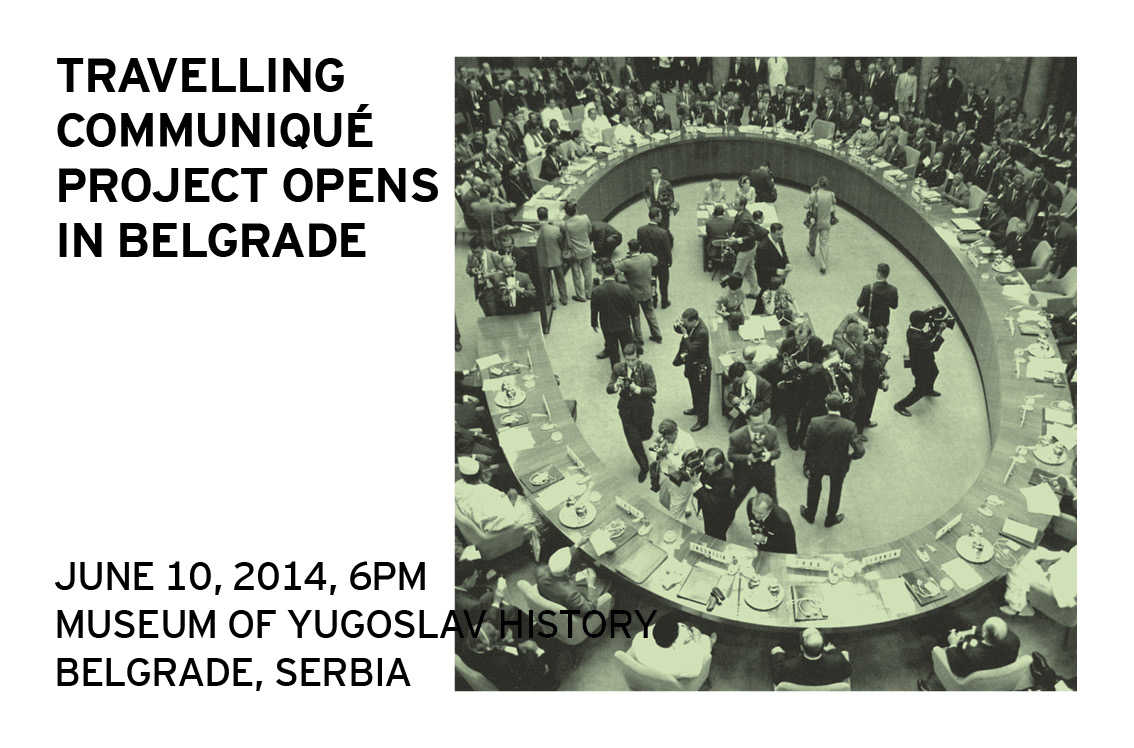 The Travelling Communiqué project is informed by the idea that the collective statement articulated as a call for a new kind of internationalism by the 25 delegates of the first Conference of the Non-Aligned Movement (NAM) in Belgrade, September 1961, remains unanswered. Travelling Communiqué does not aspire to celebrate the histories and geographies of the Cold War and the NAM. Instead, it enquires into the possibilities of 'prolonging' the formation of the NAM into the social conditions of the present. The NAM can be understood as a third space of emancipation that sought to unsettle the bipolar world order through a wide variety of anti-colonial thinking. The Travelling Communiqué is an attempt to understand the process of becoming a political subject, initiated by those without names whose voices exist despite the efforts to silence them.

June 11–August 17
Film programme, curated by Miroljub Miki Stojanović, with film screening and talks at the cinema space, Museum of Yugoslav History; and at the Akademski Filmski Centar, Belgrade.

Details of the summer school and film programme will be updated regularly and available upon request from travelling.communique@gmail.com.

The Travelling Communiqué project begins with the idea that the collective statements, images and sounds announced during the first Conference of the NAM in Belgrade in 1961 are still traveling.

Read more about the project at the DAI