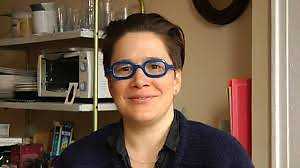 Emily Roysdon (1977) is a New York and Stockholm based artist and writer. Her working method is interdisciplinary and recent projects take the form of performance, photographic installations, print making, text, video, curating and collaborating. Roysdon developed the concept "ecstatic resistance" to talk about the impossible and imaginary in politics. The concept debuted with simultaneous shows at Grand Arts in Kansas City, and X Initiative in New York. She is editor and co-founder of the queer feminist journal and artist collective, LTTR. Her many collaborations include costume design for choreographers Levi Gonzalez, Vannesa Anspaugh and Faye Driscoll, as well as lyric writing for The Knife, and Brooklyn based JD Samson & MEN.

Roysdon completed the Whitney Museum Independent Study Program in 2001 and an Interdisciplinary MFA at UCLA in 2006. She has received grants and residencies from the Rema Hort Mann Foundation (2010), Franklin Furnace (2009), Wexner Center for the Arts (2009), Art Matters (2008), and the International Artists Studio Program in Sweden (IASPIS, 2008).
In 2012 Roysdon was a finalist for the Future Generation Art Prize.

Roysdon's work is in the public collection of The New York Public Library's Miriam and Ira D. Wallach Division of Art, Prints and Photographs, and in 2013 the Museum of Modern Art, New York acquired 35 prints and 2 videos.

Roysdon is a Professor of Art at Konstfack in Stockholm, Sweden.