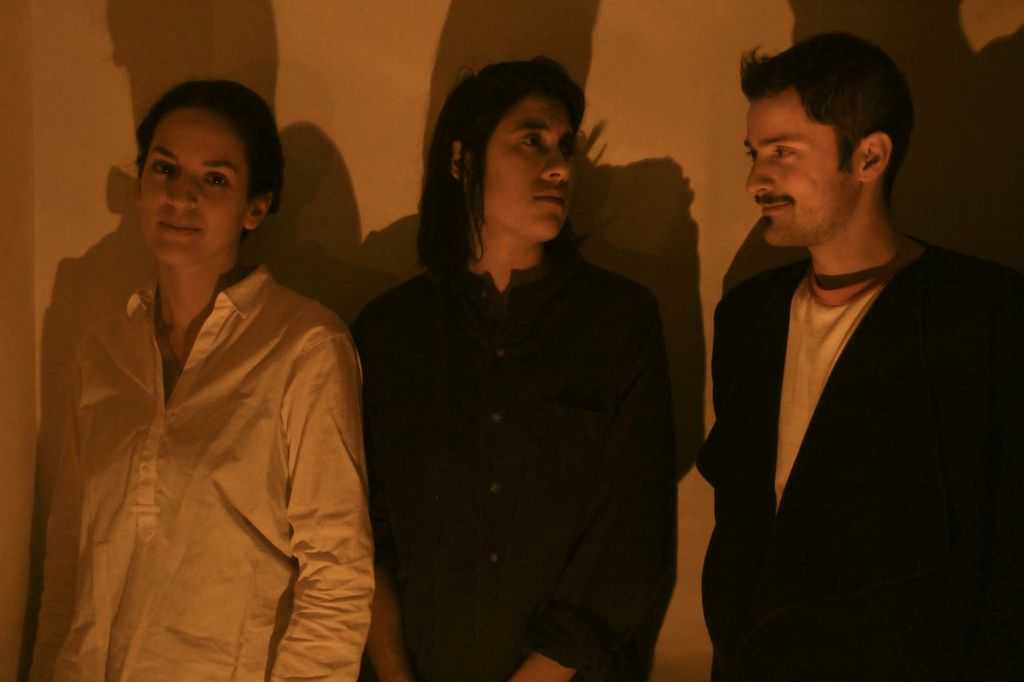 Welcome to a special late night, student initiated and curated event at the DAI's Groundfloor (with drinks). *Aap Jaisa Koi Suhani Raat; a performance by Katia Barrett with a reading by Eduardo Cachucho. Marianna Maruyama's accompanying text 'Incarnations of Chutney Soca' is to be found here.

This event  will take place after the panel discussion with David Senior & Fucking Good Art. It is organised by Katia Barrett (DAI, 2015), Eduardo Cachucho (DAI, 2015), Marianna Murayama (DAI, 2014)  and made possible by the Dutch Art Institute.

*Aap Jaisa Koi and Suhani Raat are working titles and reference the songs in which the lyrics are siphoned from. 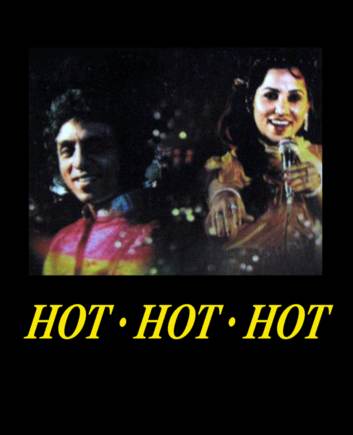 What is the musical response to the condition of displacement? How does distance sound? Trans-generational, trans-continental, and outside any readily-identifiable genre, Katia Barrett's compositions are more than simple remixes, and instead approach total recomposition. Working together with the composer David Currie, and derived from songs that belong to the relatively new Chutney Soca genre, "a composite musical form made up of Indian harmonies and popular Bollywood songs, sung over fast Soca rhythms," these pieces act as sonic montage that completely reorder and re-contextualize the original songs. Describing her compositional motivations, Barrett adds, "The impetus was not to regurgitate the style but to break down the elements, creating new samples and use the sounds as material to work with to create new compositions." Instruments and rhythms are individuated and laid out bare, so that the listener experiences each part isolated and disjointed, making undeniable and immediate associations with displacement and diaspora.

Music is widely acknowledged as having the authority to announce the presence of a diaspora community; it makes this presence audible and recognizable. Chutney Soca provides a good example of just exactly how the identity of a community can be formed, announced and reformed through music. When it emerged in the late 70's in Trinidad and Tobago, Guyana and Suriname, diverse racial and ethnic communities (Indo-Guyanese and Afro-Guyanese) could find some commonality in music. Though it is not considered to be a blend or fusion of cultural identities or musical forms, and racial tensions were never entirely eased, this music did nevertheless allow for a self-defining moment which, as Barrett explains "put Indians, culturally, on a really public stage for the first time." More than 30 years later, though the younger generations have grown up with this music from childhood and some communities have dispersed or even disintegrated, the music has hardly had any new interpretation. The Guyanese Diaspora Project estimates that, "...there are more Guyanese living overseas than in Guyana," and points to the difficulty in giving accurate statistics because migration is hard to track. One possible explanation for this is the unusual nature of this mass migration. As Barrett clarifies, "For a place where people are not running away from war or persecution it really is quite unique." She emphasizes that, "people were feeling increasingly disenfranchised with the political, economic, racially tense situation that had been going on for so long in Guy- ana." But determining motivations for leaving the country still does not make obvious ways for Guyanese individuals to identify themselves as members of the diaspora. Barrett, a second-generation member of the Guyanese diaspora, who heard Chutney Soca "played at every family party" seeks this definition through her work with sound. Her background is as a musician and artist and her curiosity about this specific sound led her to pursue its meaning through com- position and performance.

Though sound is one of the primary tools for spatial orientation, it is music that gives us an even more precise set of tools, signals our location, and tells us with whom who we share space. It lets us know where we've landed and tells the story of arrivals and departures, of homecomings and leavings. In this way, diasporic music also speaks to and for the community, but when that community has been twice or thrice removed, and the concept of culturally conditioned listening no longer applies (Which culture? Which listener? They are no longer the same), which clues can be found to help orient ourselves within a narrative? We hear Barrett facing these questions in these pieces, as she first dissembles the existing story (and music) and proceeds to construct it and find a place for herself within it. Could it also be that within the scope of this place she is also seeking ways of understanding difference (and distance) as a condition as opposed to a limitation of experience in Jean-Luc Nancy's sense of cultural "relativism"?*1

Barrett lets us hear the movement of people across space and across continents through strange couplings and even stranger divisions of sound. Follow- ing a rhythm which refuses to put us at ease, we stop, start, and enter unknown, subconscious acoustic arenas. These spaces seem to exist without any reference to time or place, and there is a sense of distance, but it is distance from something we have never actually known. The proud, yet still somehow reluctant beat which begins after the initial vocal phrasing of "Aap Jaisa Koi" takes us towards a series of other rhythms which seem to organized around the main beat of the tassa drum, an instrument that has also traveled across continents together with its players. Try to follow the traces of that movement, and find yourself in a tunnel-like space of echoes and unidentifiable voices. Barrett is the sole vocalist, but she surfaces in many incarnations; a chant-like mantra emerges from the deep, and is disoriented, reticent, and seeking. Are there not also ancestral traces or even ghosts here? This music seems to follows itself: knowing a little about its origins lets us visualize its path as it crosses oceans and continents, makes uncertain and incomplete returns, touches down on one continent and looks back to wherever home is.

While "Aap Jaisa Koi" attunes us to a specific kind of movement, "Suhani Raat" guides our attention to a very particular sense of time. The instrumental passages here stretch out in varying speeds, gliding across sonicscapes like wind passing over the dunes as it forms them. Barrett's compositions invite a slowing, which bring into question our own relationship to time. Listening to this shaky expansion of sound moving in circular, repetitive patterns, punctuated by Barrett's haunted voice, we have an opportunity to travel alongside her, on unknown paths. The destination is vague and the time of arrival is undetermined; after some time listening, it becomes increasingly difficult to say how long we've been away. Distance is heard as slowness, as the music gets further and further away far from its original time signature and tempo.

Perhaps this is the time to speak of the way that Barrett's work beautifully illustrates the impossibility of measuring loss and gain. It's not hard to imagine what could gained from the loss of, for example, the sense of homeland, or the loss of musical traditions: the replacements immediately come to mind - a new land, a new tradition, for better or for worse, no judgment necessary. Things are lost and gained at once, sometimes imperceptibly, always immeasurably. But Barrett, through her compositions and performances, lets us hear us what cannot be weighed or mea- sured one for one. And to understand this better, we must do away with the simplistic opposition of loss and gain, seeing as they are not mutually exclusive. Barrett describes the diasporic condition as "a kind of absence and presence," and relates it to "the idea of loss and gain and the interplay be- tween the two conceptually and within the physicality of the music." The remix, the montage, the translation, the interpretation, the variation and most of all the recomposition, demonstrate this notion. Lyrics, images and sound are decisively cut, stretched or compacted, juxtaposed, framed and re-contextualized. A new interpretation or a new subjectivity have been added and the original and the presupposition that the reader/listener/viewer will be able to understand the original composition has absented itself. There is no balance and no measure, but fortunately, also no need to concern ourselves with calculations. No neat arithmetic will produce a sum describing the result of such a radical remix. New meaning without clear lineage will be generated by and for the one who can not understand the original language: the snake sheds its skin and the original meaning falls away.

After such audio transformations, Barrett tells us that "what ends up being left is barely the ghost of the song that preceded it," but it is this very leftover spirit that captivates the listener and has total presence. One of Jean-Luc Nancy's many sensitive reflections is that music "promises its development only in order to hold and open the instant - the note, the sustaining, the beat - outside of development in a singular coincidence of movement and suspense." Barrett too, instead of trying to balance equations of loss and gain, motion and stillness, lets the willed movement of peoples across great geographic distances, pause and be heard as a ceaseless exchange. 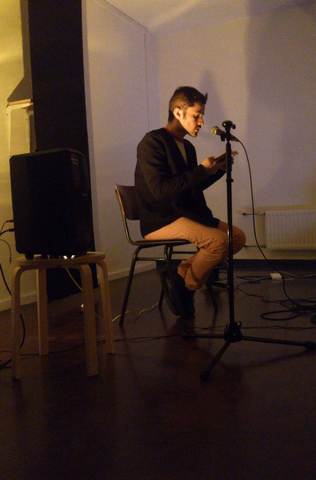 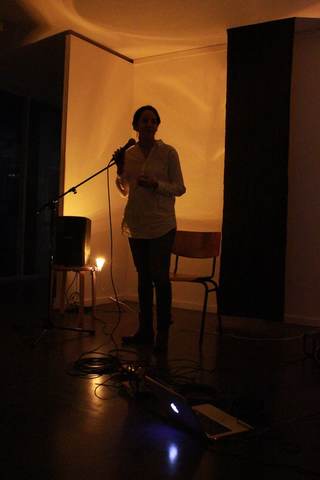 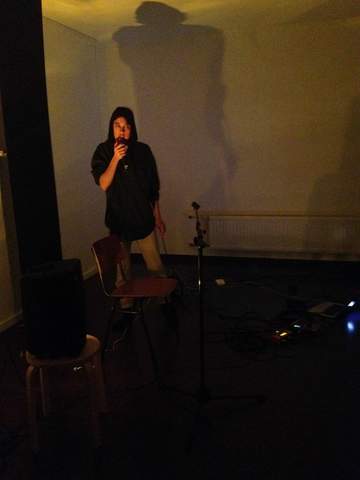 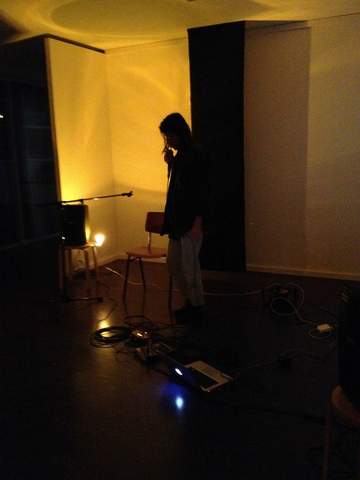 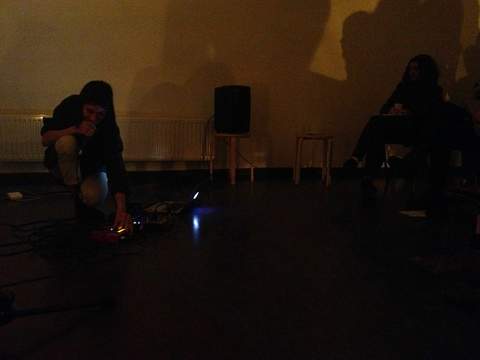 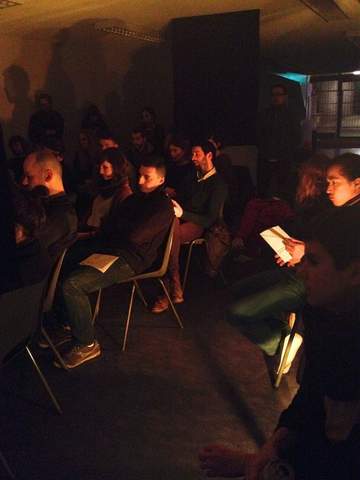 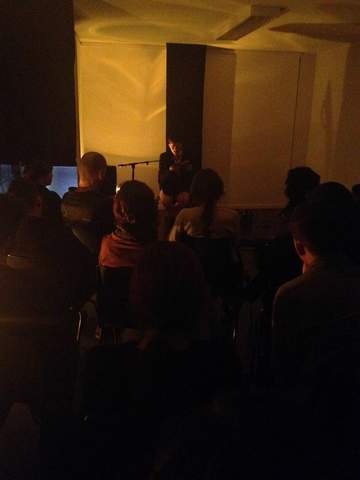 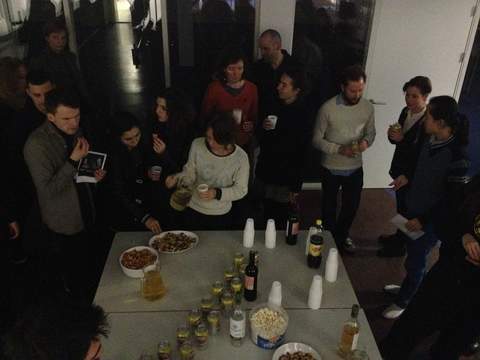