2013 Student Led Activity: Nothing goes through my mind 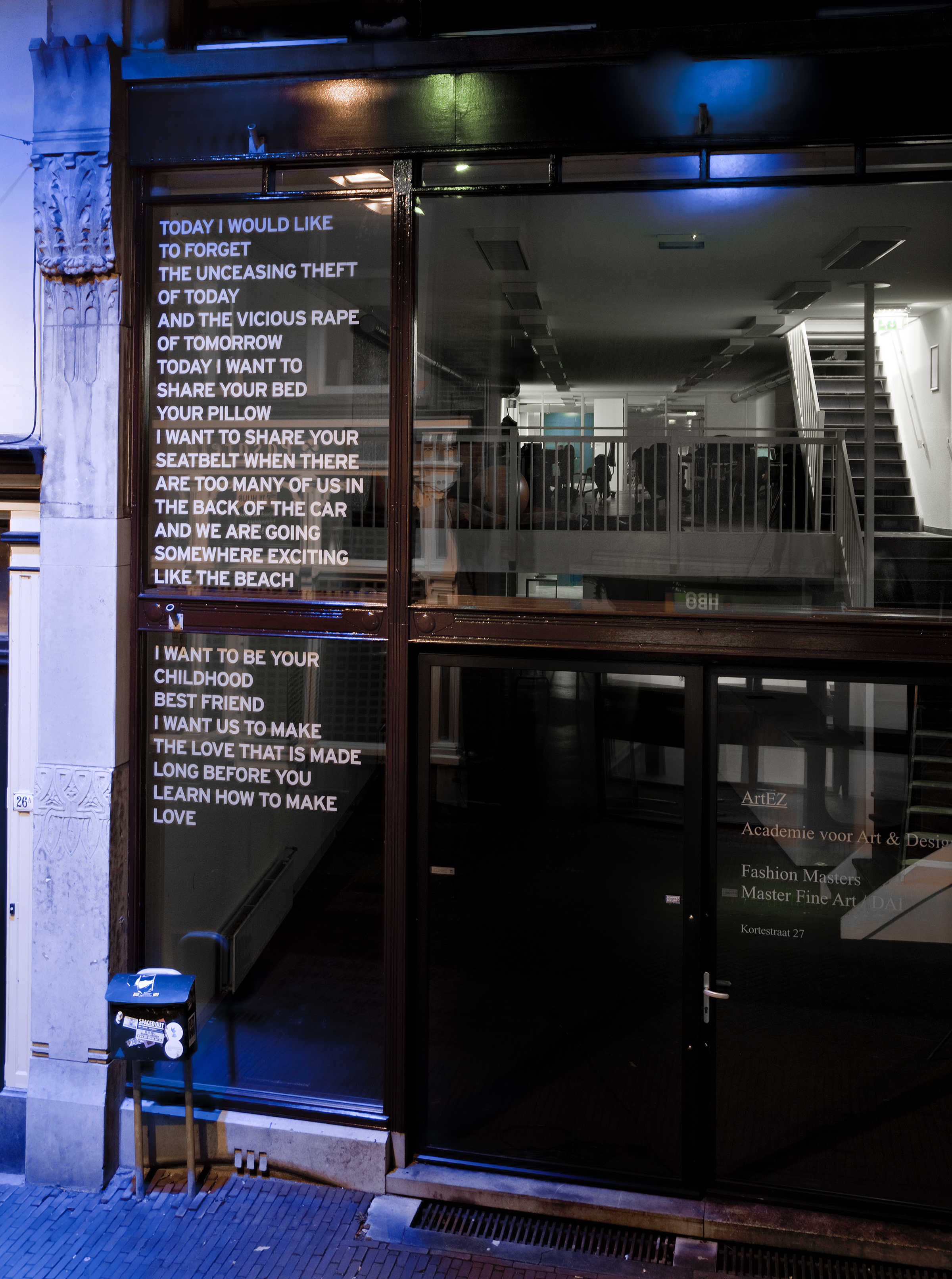 Nothing goes through my mind is a phrase derived from an interview with Agnes Martin (Chuck Smith & Sono Kuwayama 1997), exemplifying the modernist mythology of art making: as a form of spiritualism where the production itself comes at a moment of conceptual emptiness. The works presented in the exhibition Nothing goes through my mind appear at, or from, a particular moment where a periphery supersedes a central focus; where the form or means of the artworks open outward onto spatial soundscapes, toward unknown listeners and empty spaces, and to the act of making familial or generational histories public. Nothing goes through my mind is a constellation of paired artworks, caught between dedication and reception, private and public, silence and speech, activity and non-activity, or past and future. In the exhibition space the dialogue between the works expands, disintegrating a simplified dialectic and making way for a constellation of conversations that happen simultaneously. Nothing goes through my mind allows a dialogue that is bodily, architectural and social, outside of a singularly centered "I". It is within this collective moment, perpetually in flux, that the work inhabits the DAI building, the DAI as an institutional framework, and the DAI as a social environment.

Sarah Jones presents a large vinyl on the windows of DAI's entrance, permeating outside and inside space. The large scale of the text addresses its reader with an intimate desire. Witta Tjan's poster's are textual remnants of two past performances that happened within the DAI building. Jone's and Tjang's swift poetic addresses notions of permanence and performance within affect, dedication and fleeting desires.

Yoeri Guépin's work Preparation, 2013 discovers the relation between the biography of peripheral objects and modes of archeological or anthropological classification. These objects underwrite his own personal history and memory; calling into play the subjectivities and agencies inherited by the objects presented. Mercedes Azpilicueta's untitled video situates itself between source material for performance and a document capturing the chant like, vocal performances of market stall sellers. These artworks deal with an index of interpretation and environment, allowing the object to be transferred into text, and environment to be transferred to voice.

Anna Dasovic presents a desk of documents, containing handwritten reproductions of her grandfathers CABR files (Central Archives for Special Criminal Jurisdiction). The work tackles notions of instituitional memory and amnesia, and how these institutions structure history, investigating personal and collective silence. Toeh Meisami's video essay Family Reportage, 2012, tackles the historical anxieties contained in the family album; revealing how family photographs are not remnants of the past as such, but reflections of psychological presence that encode the politics of life. Maja Hodoscek's video If you remember I always talked about the future, 2013 will be screened in rotation with Meisami's video. Hodoscek's film shows a teenage boy from Slovenia imitating the "military costume" of, Yugoslavian Leader Josipa Broza Tita (Tito), delivering a speech act in the past leaders persona. The teenager was born in the late 1990's after the The Socialist Federal Republic of Yugoslavia, and he strangely inserts himself into the memorial of a generation he has never experienced.

Ane Østrem's vinyl record If I stop talking you are gone, 2012 documents a series of phantom radio broadcasts, propelling the intimacy of the voice into the invisible sound scape of pirated radio space. Østrem's use of her voice so as to be "as close as possible" to someone who may or may not be there, is echoed in Padraig Robinson's video What to do when Love is gone 2010, which documents the abandoned Berlin sex club Die Bose Buben when it was being cleaned by staff (listening to a gospel CD). The video was shot during day light hours devoid of human presence just a week before the building documented here was up for sale. Using the grammar of photography the video presents the various usages and publics implied and experienced in the life of architectural space. 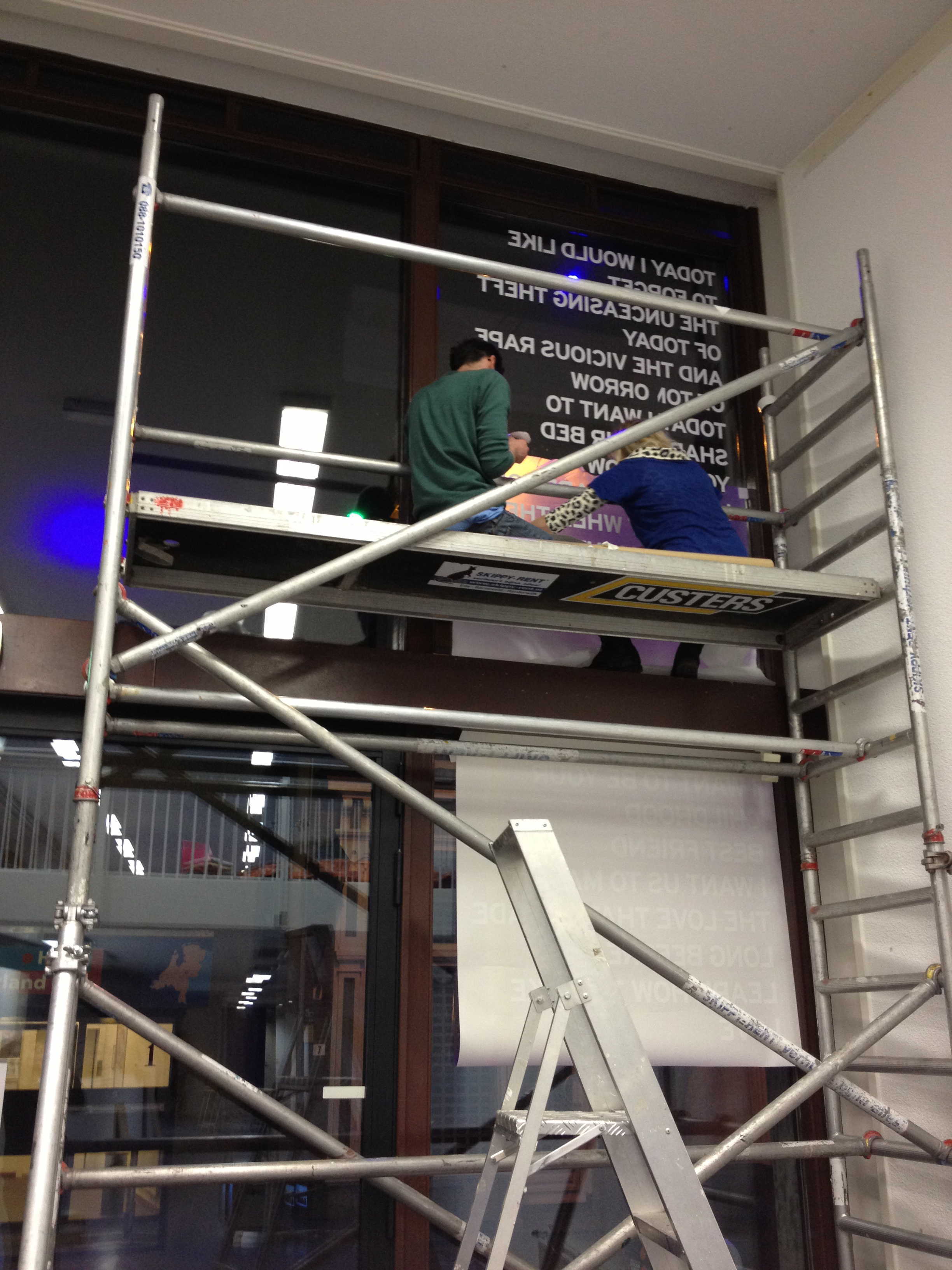 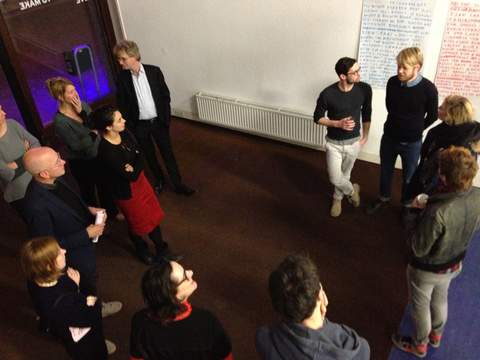 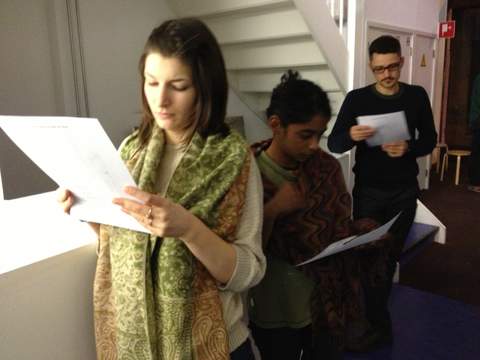 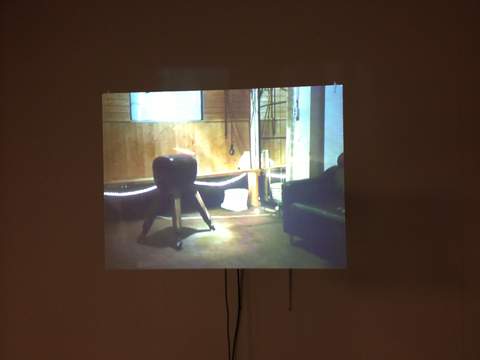 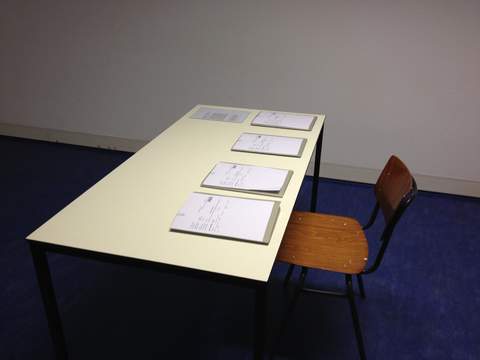 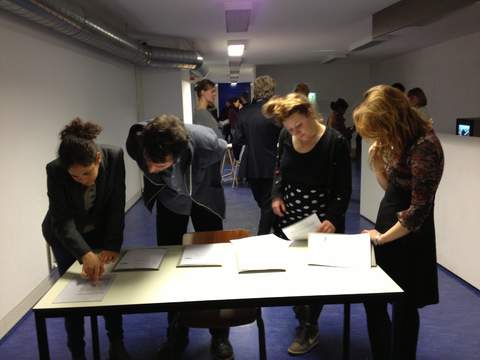 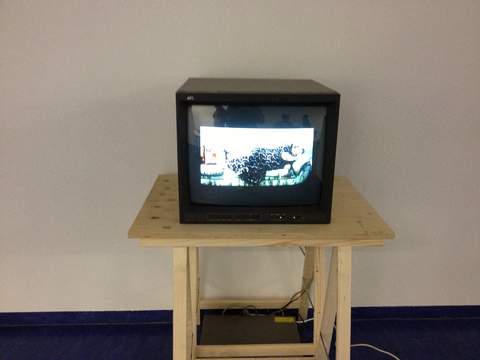