GREEN IS GOLD proudly invites you to the opening of the exhibition by Ane Østrem and Sander Uitdehaag (both DAI, 2012) / '(listen to) the sound of our two hands clapping' 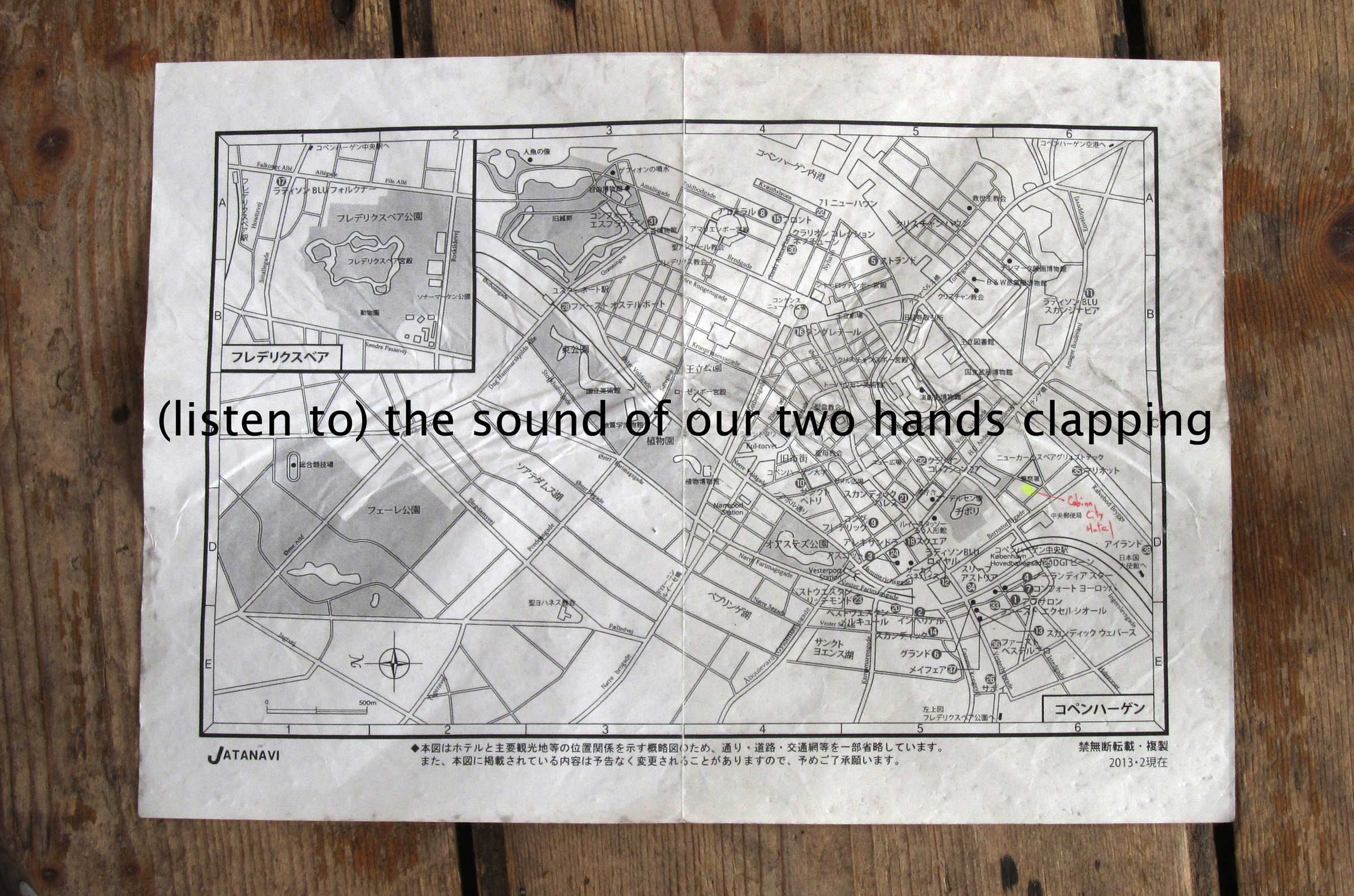 Ane and Sander are putting some zing-like Zen in this zonked zoo by zigzagging their Zeppelins to the zenith of the zodiac, where from a zonal zephyr looking down, they will be zanily zooming in and out on the Zeitgeist of all the zillions of zestless zapping zombies. Join them!

Ane Østrem (N) once tried to film the border between Germany and The Netherlands but failed.
Ane Østrem only drinks her coffee black when there is no milk.
Ane Østrem's favourite colour has always been yellow.
Nearly all Ane Østrem's drawings of people are without faces.
Ane Østrem has lived on sixteen different addresses plus a fake one.
Almost all of Ane Østrem's texts are written in the first person.
Ane Østrem believes that there is often an exception to a rule, and if she can't find it she might make it.
Ane Østrem's preferred seat is window.
Filling in forms makes her sick.
According to Sander Ane Østrem never says bye when leaving.
Ane Østrem likes to just disappear.

Sander Uitdehaag (NL) was born in the lowlands, in the southern town of Tilburg, from where he was quickly transported some 20 kilometres north-east to the city of 's-Hertogenbosch. Here he took his first drawing classes lead by a handicapped former soccer-pro. Together with his mum he made his way north-west where his father had found a hide-out in the harbor of Rotterdam. Here he divided his time between making magazines, stealing apples and organizing school events. On his eighteenth birthday he disappeared in a south-eastern direction and popped up Down Under where he discovered Bobbie Dill, picked more apples than he could possibly eat in a lifetime and started planning new trips. Some years later after having traveled west, north, south and east, he resided in Amsterdam to study philosophy, literature, photography, fine art and nonsense. 81 kilometres east of Amsterdam, in the shady town of Arnhem, he met up with Ane, who became his partner in art crime.

Though straightforward and without any filter covering it, their work can't be captured in terms easily: it moves too fast and turns into unforeseen directions of the compass all the time.

This exhibition is kindly supported by