In support of Pussy Riot / Maria Alyokhina, Yekaterina Samutsevich and Nadezhda Tolokonnikova / Please read the Open Letter from our colleagues from the Rodchenko School for Photography and Media Art and other friends from the Russian Art Community. 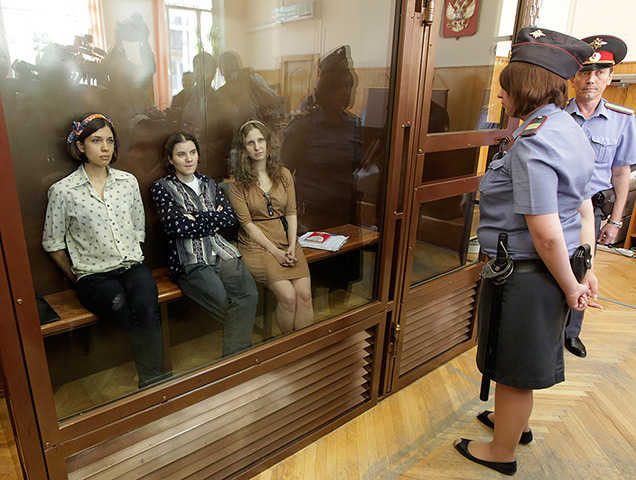 We, faculty of the Rodchenko School of Photography and Multimedia and other members of the Russian art community, are extremely alarmed by the trial of the three young women accused of hooliganism as a result of their performance in the Cathedral of Christ the Savior. Many of us know one of them, our alumna artist Ekaterina Samutsevich, quite well, but we also know the others, Maria Alyokhina and Nadezhda Tolokonnikova, from their performances. We write this letter to express our complete solidarity with them and also to elaborate on a few points belonging to our field of professional competence.

To express our deep sympathy with activists/artists in Russia DAI kindly urges all of its friends  to sign Avaaz  International's petition ( English ) :

and/or join any other protest group in support of Pussy Riot.