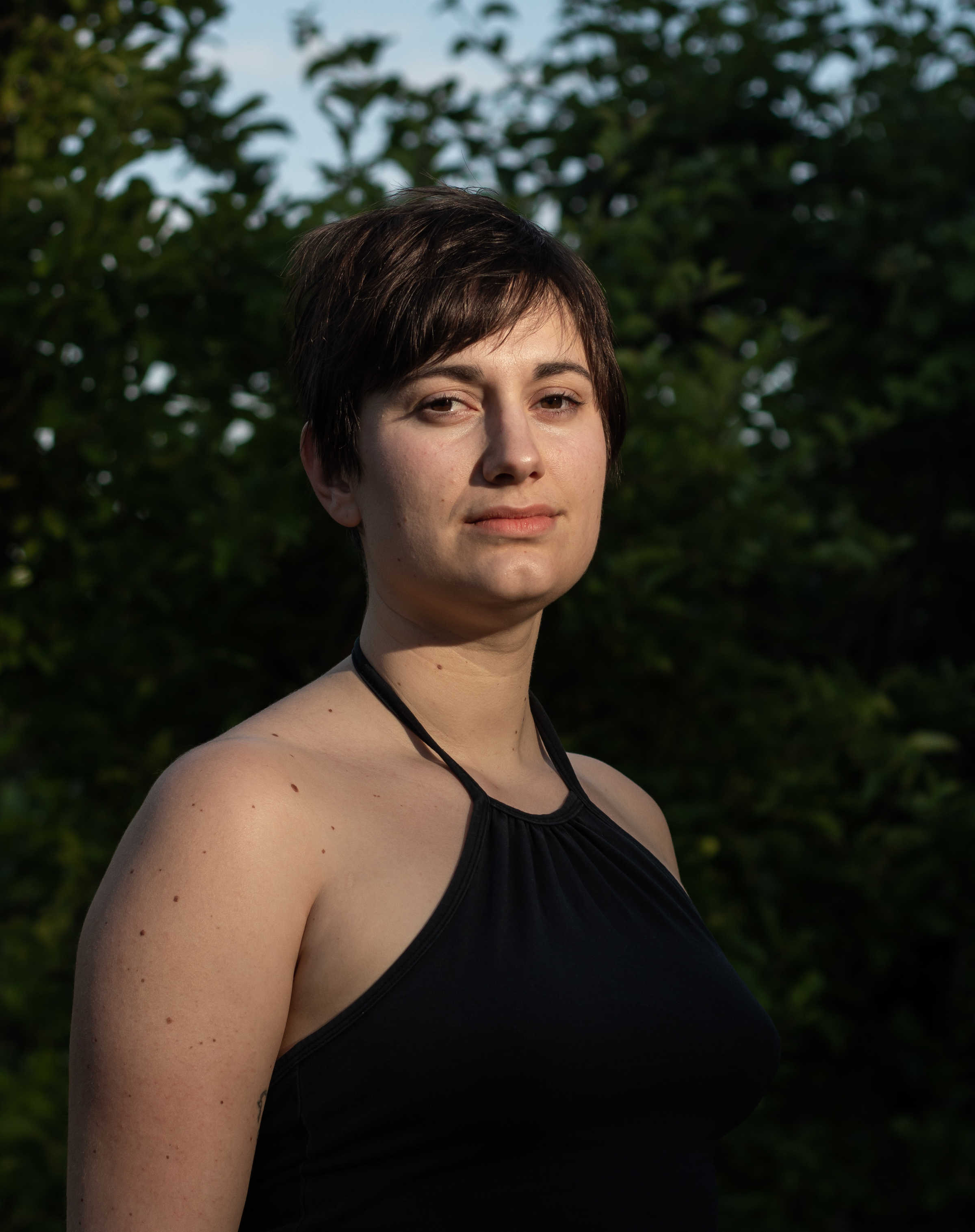 Laura Dubourjal (1994) is a French visual artist and fashion designer. Having grown up in a family of actors, she often uses linguistics of the theatre world to question the power of characters and the performativity of our every day interactions. She explores different thematics of identity and performance in her multidisciplinary work, using media that include performance, video works, interactive audio-visual installations, fashion design, textile and written text.

Dubourjal’s practice intersects between exploring the paradigm of fabricated role-plays and of non-binary identity representations. Her artistic interest diverges from re-imaging archetypes of gender socialization, to exploring dialectics of the inner feminine monologue and its translatable political value. She often draws references from classical theatre techniques by excavating fragments and examples of emotional memory, behavioural landscapes and visual fabulations. Her performative practice is currently developing towards interactive role playing methodologies and thinking through the form of the open rehearsal as a space to reclaim. The works of social activist and dramaturge Augusto Boal are an important influence in her questioning of the boundaries and hierarchies within the form of performance itself. Dubourjal’s practice is situated between interdisciplinary research as cross-media experimentations, pushing boundaries of design, performativity and visual narratives. With divergent media play, Laura’s work involves viewers in a dialogue on the transgressive nature of the identificational protocols.

Dubourjal’s work has been exhibited in venues and events such as Oude Kerk, Amsterdam Fashion Week, Eight Cubic Meters Gallery, Kunstinstituut Melly, and KunstRAI Art Fair.
She is currently based between Amsterdam and Paris.