"She gave it to me I got it from her ~ It’s a book and a choreography, read out loud and handled by a performer, for a group of people". Publication/performance by Clara Amaral (DAI, 2019). Conceptualization and fabrication of objects: Olga Micińska (DAI, 2018) in dialogue with Clara. Copy editor: Isabelle Sully (DAI, 2017). Kunstverein & Veem House for Performance: March 1, 4, 5, 6 ~ 2022. 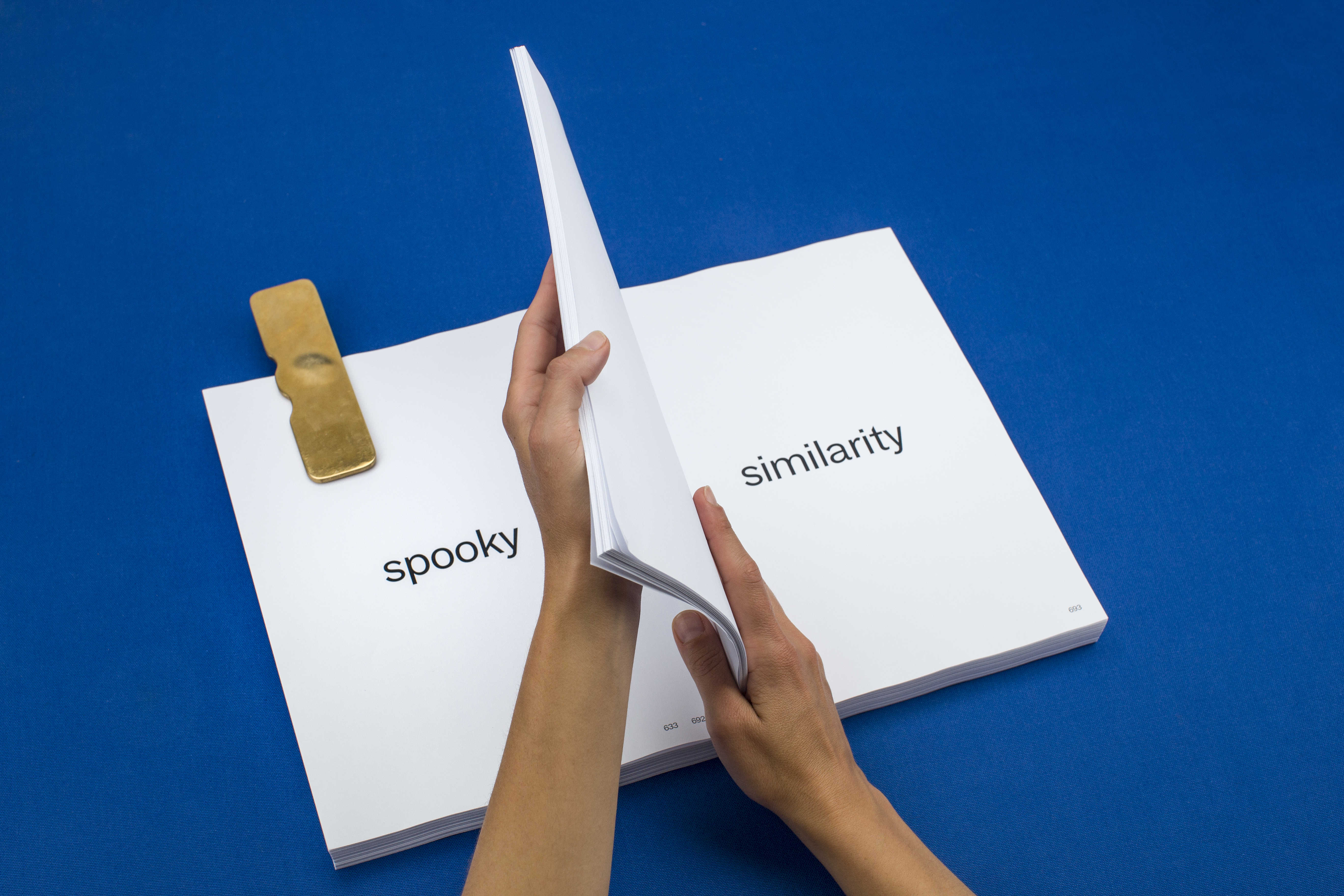 She gave it to me I got it from her

a poem that choreographs her hands and voice

her voice that reads out loud

She gave it to me I got it from her
It’s a book and a choreography, read out loud and handled by a performer, for a group of people.

The publication/performance skips through five generations of women in Amaral’s family and hinges on the one in the middle—the last one in the sequence to not have been taught how to read or write. What at first sounds like just some family trivia in actuality offers a glimpse into a deeply rooted sociocultural obstacle that many women in Portugal faced up until the 1950s, before the reform of the education system—which until then often excluded women on the basis of their gender or economic status.

She gave it to me I got it from her is more than the sum of its pages. Of course, it can be read according to convention, from front to back, left to right, page one to page two, and so on. Most probably, in this case, the text will appear to be nonsensical. This stratagem is employed to underline the notion that the conventional isn’t necessarily right, while also emulating the frustration experienced by someone who is excluded from cracking the code of language. Alternatively, you can read the publication according to its score, which will reveal the path hidden in its pages. Better yet! You can let the author take you by the hand and lead you along this route with manual dexterity, ultimately ripping the structures it’s bound together by apart.

Clara Amaral is an artist working with text and performance. Her artistic practice is situated in an interdisciplinary perspective, questioning what it means to be a reader, to be a writer, aiming to expand existing modes of reading and writing. Central to her practice is the investigation of innovative publishing modalities and the performative aspect of writing and language through an intersectional feminist approach

The book launch will be happening March 1 at Huis de Pinto—Sint Antoniesbreestraat 69, Amsterdam—where later that same week Amaral will activate the performance (60min) daily at 6, 7.30 and 9pm. Tickets to attend one of these moments on either March 4, 5 or 6 can be purchased via the website of  co-hosts Veem Huis for Performance. The audience for each performance is limited to a maximum of five.