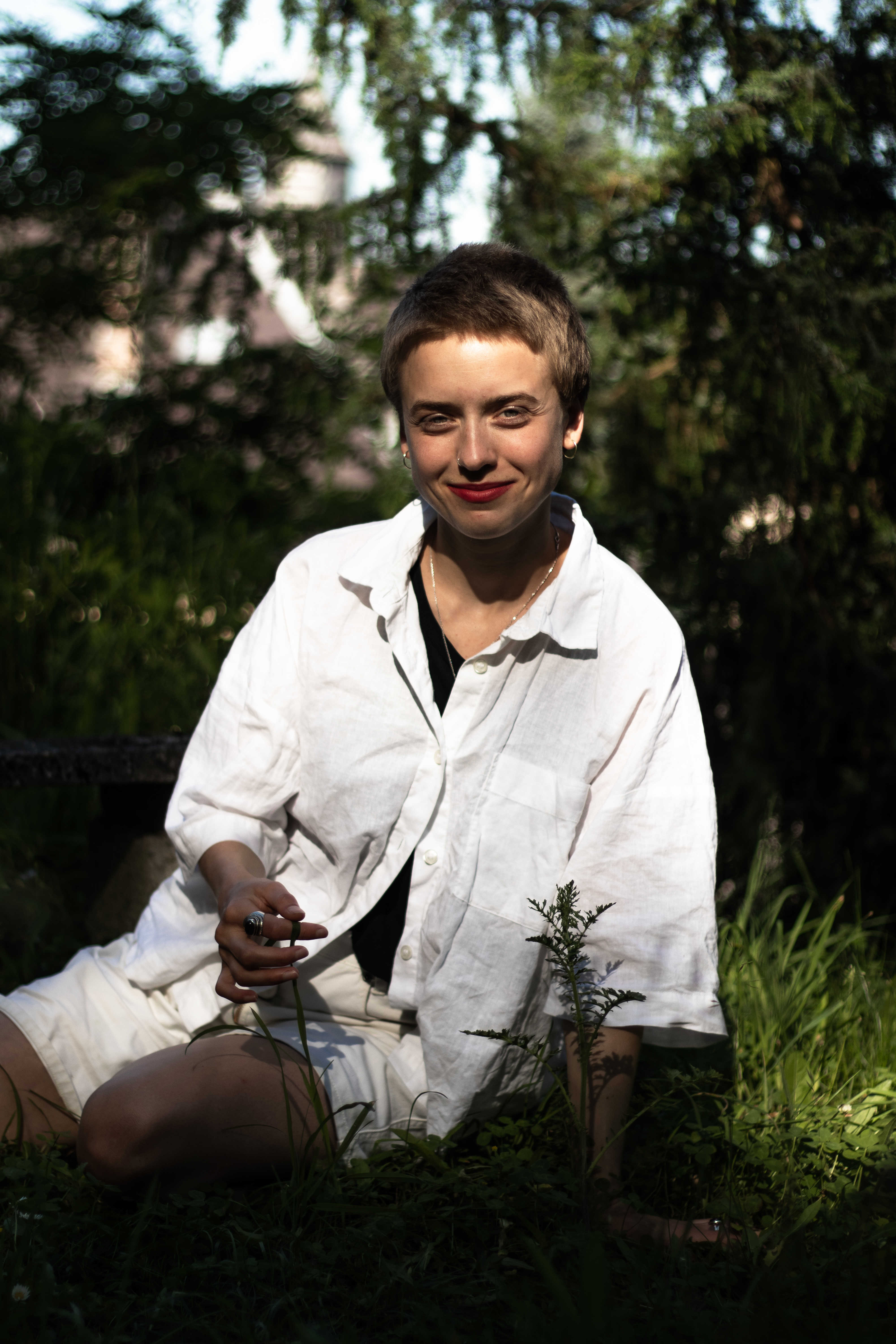 Marie Tučková (*1994, Prague) a. k. a. Ursula Uwe received a BA from the Academy of Arts, Architecture, and Design in Prague (Photography Studio of Aleksandra Vajd and Martin Kohout)]and an MA from the Dutch Art Institute. She also went to a study stay at Bezalel Academy in Jerusalem. Her work addresses new technologies and social media, asking how these transform human perception, communication, and language. She is primarily focused on how they impact experiencing and expressing emotions. Marie Tučková’s work is mostly autobiographic, however, she is often speaking through an alter ego in her projects, thus being able to objectify the examined situations and search for other ways of sensitivity, developing empathy, and redefining feelings. She mostly works in the medium of installation combining audio, performative and visual elements. These are interconnected through text, which is often transformed into lyrics, a video voice-over, audio story or performance script. Tučková introduced her work at a number of independent galleries and institutions in the Czech Republic and internationally, for instance at the Academiae Biennial of young art in Bolzano, Italy. In 2016–2018, she was part of the Studio without a Master collective. In 2017, she became a holder of the EXIT award. Together with Eva Rybářová, she forms the artistic audiovisual duo Cloudy Babies.

Learn more about Marie Tučková́'s 20 minute performance I gave you everything I drank for free for UNDERSTORY CHANT ~ Aeroponic Acts 2021, August 2021 in Arnhem.